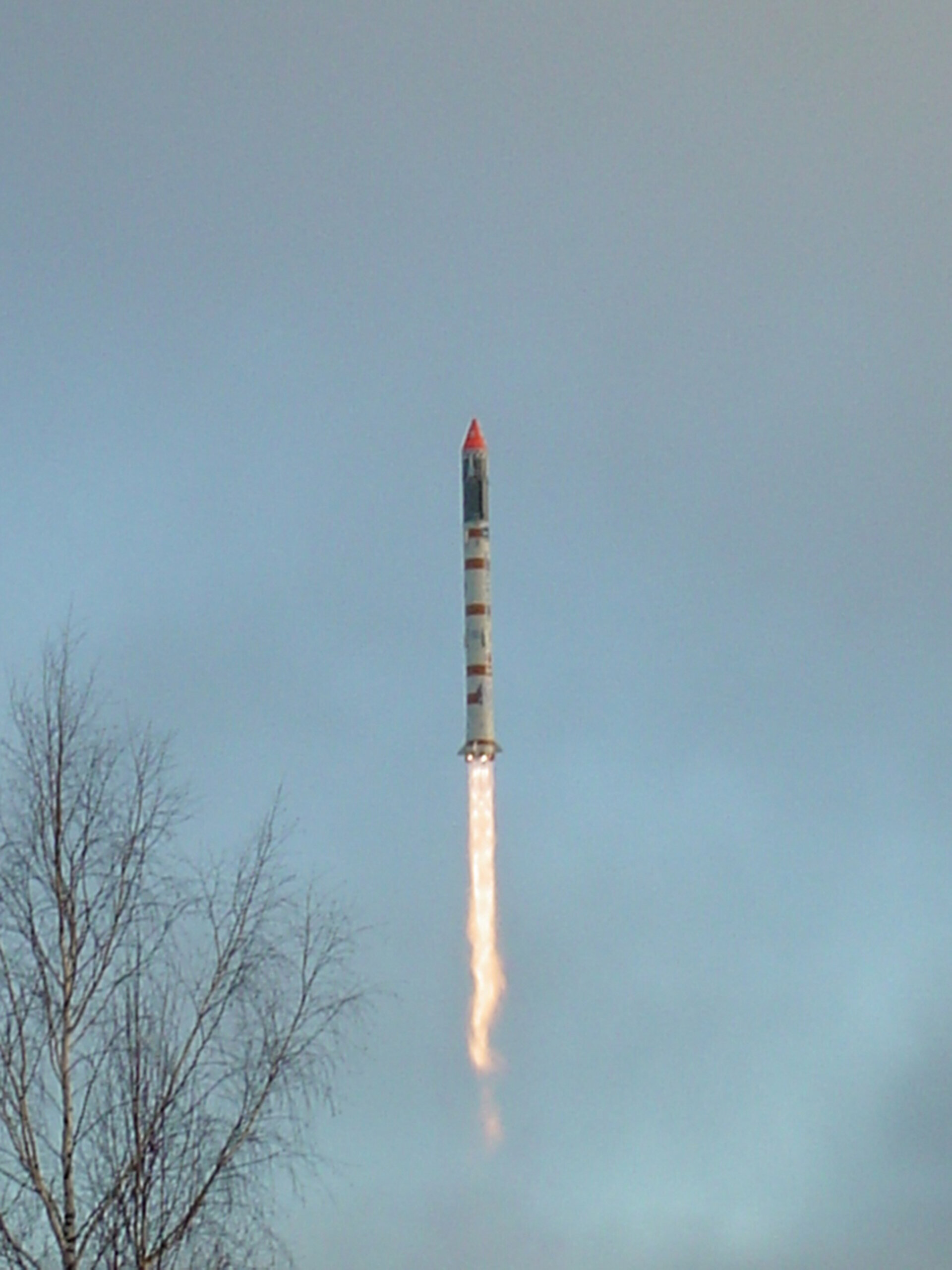 ESA PR 47-2005. SSETI Express, a low Earth orbit spacecraft designed and built by European university students under the supervision of ESA’s Education Department, was successfully launched this morning at 08:52 CEST from the Plesetsk Cosmodrome on a Russian Kosmos 3M launcher. At 10:29 CEST this morning, the ground control centre at the University in Aalborg (DK) received the first signals from the satellite.

SSETI Express (SSETI being the acronym for Student Space Exploration and Technology Initiative) is a small spacecraft, similar in size and shape to a washing machine (approx. 60x60 x90 cm). Weighing about 62 kg it has a payload of 24 kg. On-board the student-built spacecraft were three pico-satellites, extremely small satellites weighing around one kg each. These were deployed one hour and 40 minutes after launch. In addition to acting as a test bed for many designs, including a cold-gas attitude control system, SSETI Express will also take pictures of the Earth and function as a radio transponder.

The challenge has been for the 23 university groups, working from locations spread across Europe and with very different cultural backgrounds, to work together via the Internet to jointly build the satellite.

The Student Space Exploration and Technology Initiative, which provides the framework for the mission, was launched by ESA’s Education Department in 2000 to get European students involved in real space missions. The initiative aims at giving students practical hands-on experience and encourage them to take up careers in space technology and science, thereby helping to create a pool of talented experts for the future.

Since its creation, SSETI has developed a network of students, educational institutions and organisations to facilitate work on various spacecraft projects. More than 400 European students have made an active, long-term contribution to this initiative, either as part of their degree course or in their spare time. In addition, many hundreds more have been involved in or inspired by SSETI.

SSETI students are currently working on two other satellite projects: