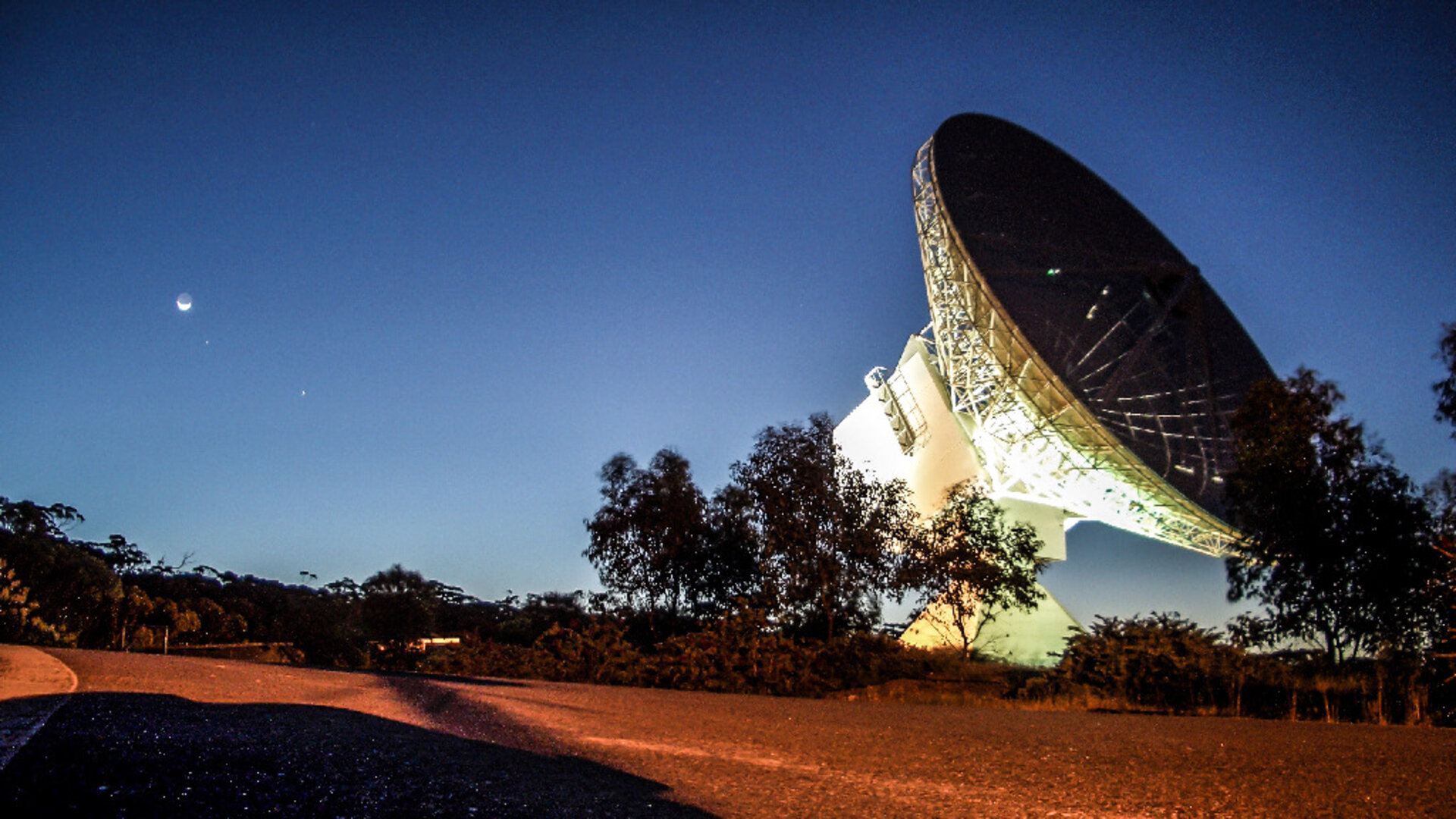 Our network was established in 1975, with the first 15 m-diameter station located at Villafranca del Castillo, Spain, for the International Ultraviolet Explorer mission (and since then, the original Villafranca location has expanded to become ESAC, the European Space Astronomy Centre, ESA’s major establishment in Spain).

In a typical year, the Estrack network provides over 15 000 hours of tracking support to 20 or more missions, with an enviable service availability rate above 99%.

Tracking from start to finish

Tracking is provided through all phases of a mission, from ‘LEOP’ – the critical Launch and Early Orbit Phase – through to routine operations, special manoeuvres or flybys and ultimately through deorbiting and safe disposal. Estrack can also track rockets flying from Kourou in French Guiana. 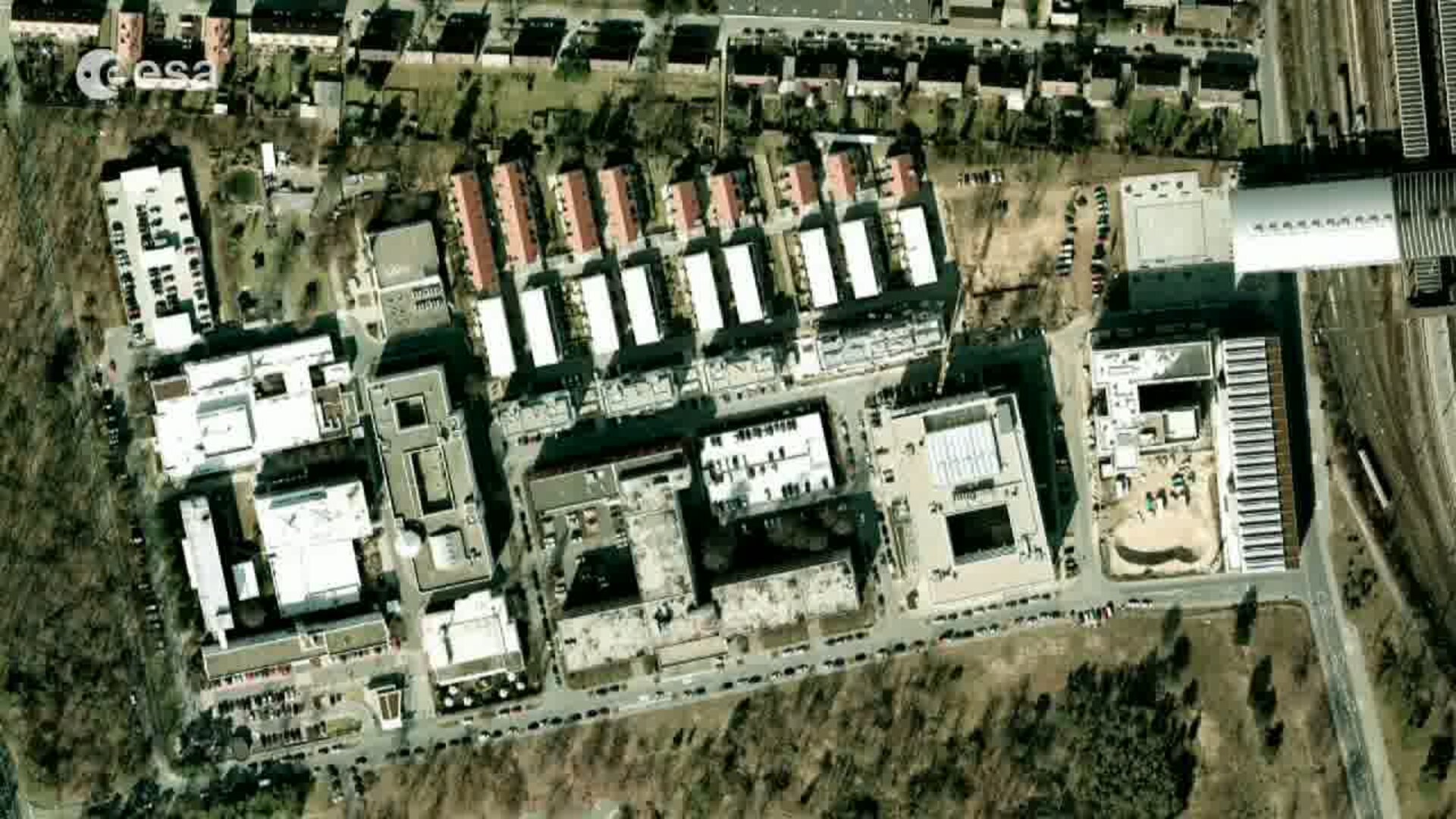 Each station features one or more antenna terminals, each of which comprises a parabolic dish antenna and its associated radio signal processing equipment. Using the signals received from space, stations gather radiometric data to help mission controllers know the location, trajectory and velocity of their spacecraft.

In December 2015, Perth station was retired from service and its core spacecraft-acquisition functionality was taken over by a new 4.5-metre antenna located at New Norcia. In 2017, responsibility for Maspalomas and Villafranca stations, both in Spain, was transferred to European industry.

In 1998, ESA decided to establish its own network for tracking deep-space probes to cope with the expected rapid rise in the number of interplanetary missions. The aim was to establish three terrestrial stations about 120° apart in longitude to provide continuous coverage as Earth rotated.

In the 2000s, the first of three 35 m-diameter Deep Space Antennas (DSA) was built in New Norcia (Australia), followed by stations at Cebreros (Spain) and Malargüe (Argentina). These feature some of the world’s best tracking station technology and enable communications with spacecraft voyaging hundreds of millions of kilometres in space. In August 2016, New Norcia station received signals from the international Cassini spacecraft orbiting Saturn, across more than 1.4 billion km of space.

All stations are operated centrally from the Network Operations Centre located at ESOC using a sophisticated remote control and automation system to reduce personnel costs and boost efficiency. A team of station operators are on shift 365 days per year, ensuring receipt of vital data from spacecraft operated by ESA and numerous partner agencies.

The team is responsible for minute-to-minute remote operation of the antennas; they oversee the acquisition of signals from satellites on a precise to-the-second pointing schedule, and communicate with individual flight control teams via voice loop to ensure a smooth handover of communication passes from one mission to another.

The ESA-owned and operated core Estrack network is complemented by commercially operated stations provided thru service contracts with organisations such as the Swedish Space Corporation (SSC), Spain's National Institute of Aerospace Technology (INTA) and Kongsberg Satellite Services AS (KSAT, Norway).

These stations are used especially during the LEOP phase of a mission immediately following launch, when the flight control team needs continuous communication with their satellite, beyond what can be provided by ESA's own stations. 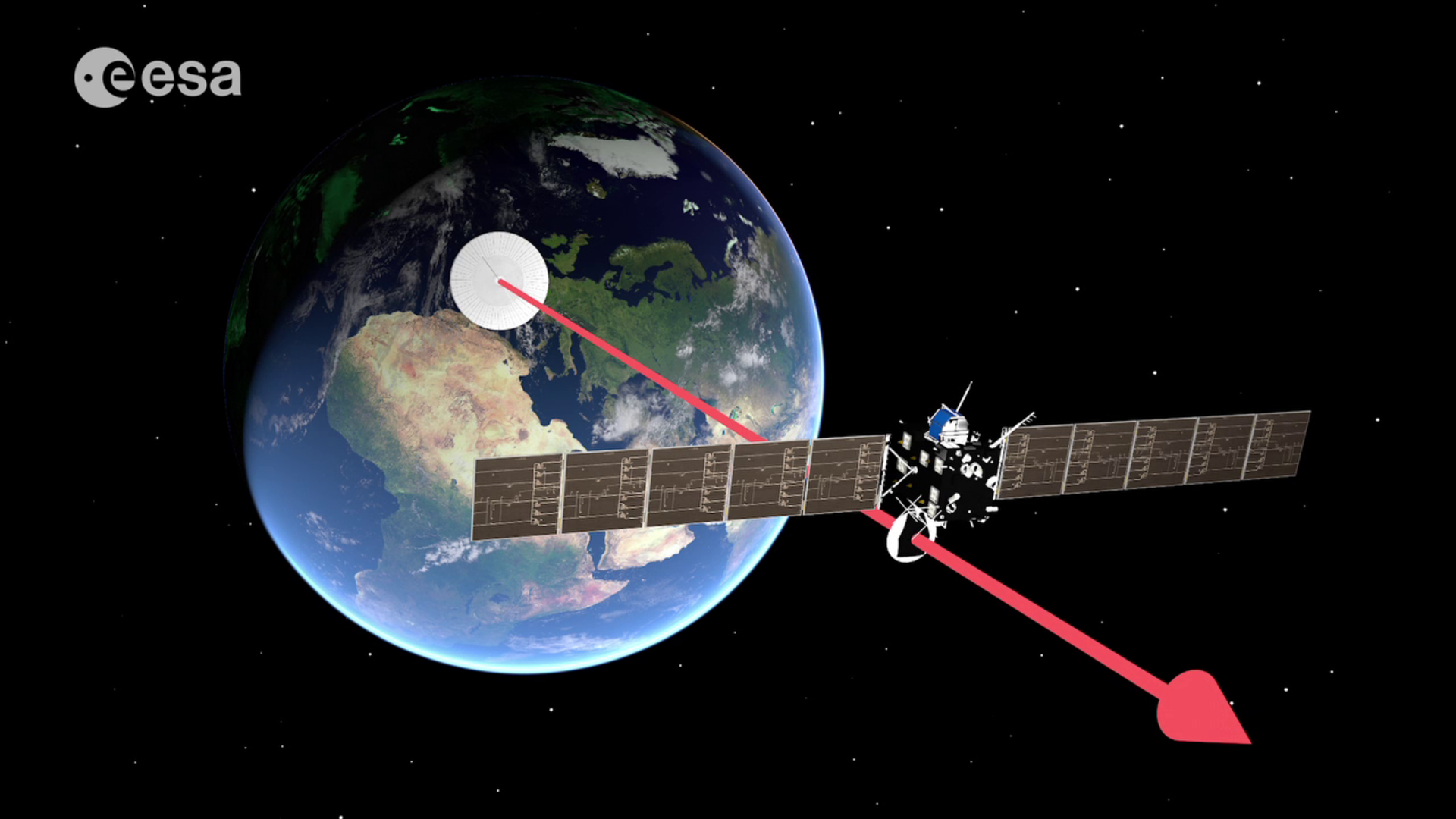 Data rates vary greatly depending on the mission, direction (uplink or downlink), distance and other factors, but typically range from 256 Kbit/s (kilobits per second) to 8 Mbit/s (megabits per second).

Six Estrack stations are equipped with GPS (global positioning satellite) receivers and are connected to ESA's sophisticated Navigation Facility at ESOC, while the three DSA stations can conduct extremely accurate delta-DOR (delta-Differential One-way Range) spacecraft tracking campaigns, the most precise technique now in use for locating spacecraft in deep space.

Stations can also support radio science, in which signals transmitted from a spacecraft through the atmosphere of another body in the Solar System can be analysed to study the atmosphere's properties.

Santa Maria joined Estrack in January 2008 to track launchers lifting off from ESA's Spaceport in Kourou, initially supporting the ATV launches on Ariane 5. It also tracks Soyuz and Vega launches.

For example, NASA's Deep Space Network stations routinely support Rosetta and Mars Express (as well as other, now-complete missions such as Huygens and Venus Express), while Estrack is supporting Japan's Hayabusa-2 mission to asteroid 1999 JU3 (arriving in 2018). In recent years, Estrack has provided support to missions operated by China and Russia, as well as tracking the descent of NASA rovers to the surface of Mars.

This global cooperation allows all agencies to make use of a wide number of ground stations in geographically advantageous locations, maximising efficiency and enhancing scientific returns for all.

This cooperation is made possible, in part, through ESA's strong support for the development and adoption of internationally recognised technical standards for sharing tracking data.

In accordance with ITU radio regulations and agreements between ESA and Estrack host countries, Estrack stations are fully licensed and their operation respects requirements such as minimum elevation angle and maximum power radiated, as well as any site-specific constraints included in these agreements.

Estrack stations are designed in accordance with the European Cooperation for Space Standardisation (ECSS) standards.

Estrack station development, maintenance and upgrading are done by ESA at ESOC, in cooperation with European industry.

Recent highlights include ESA support to the industrial development of a made-in-Europe integrated chip that powers a new and highly sensitive amplifier that can operate below –253ºC, some 20º above absolute zero. The upgrade enabled the 35 m-diameter antennas to perform like 40 m-class dishes.

ESA has also supported European industry through the development of new technology – an array of eight small radio-frequency sensors around the rim of an existing dish antenna – that enables the quick acquisition of signals from satellites just after launch.