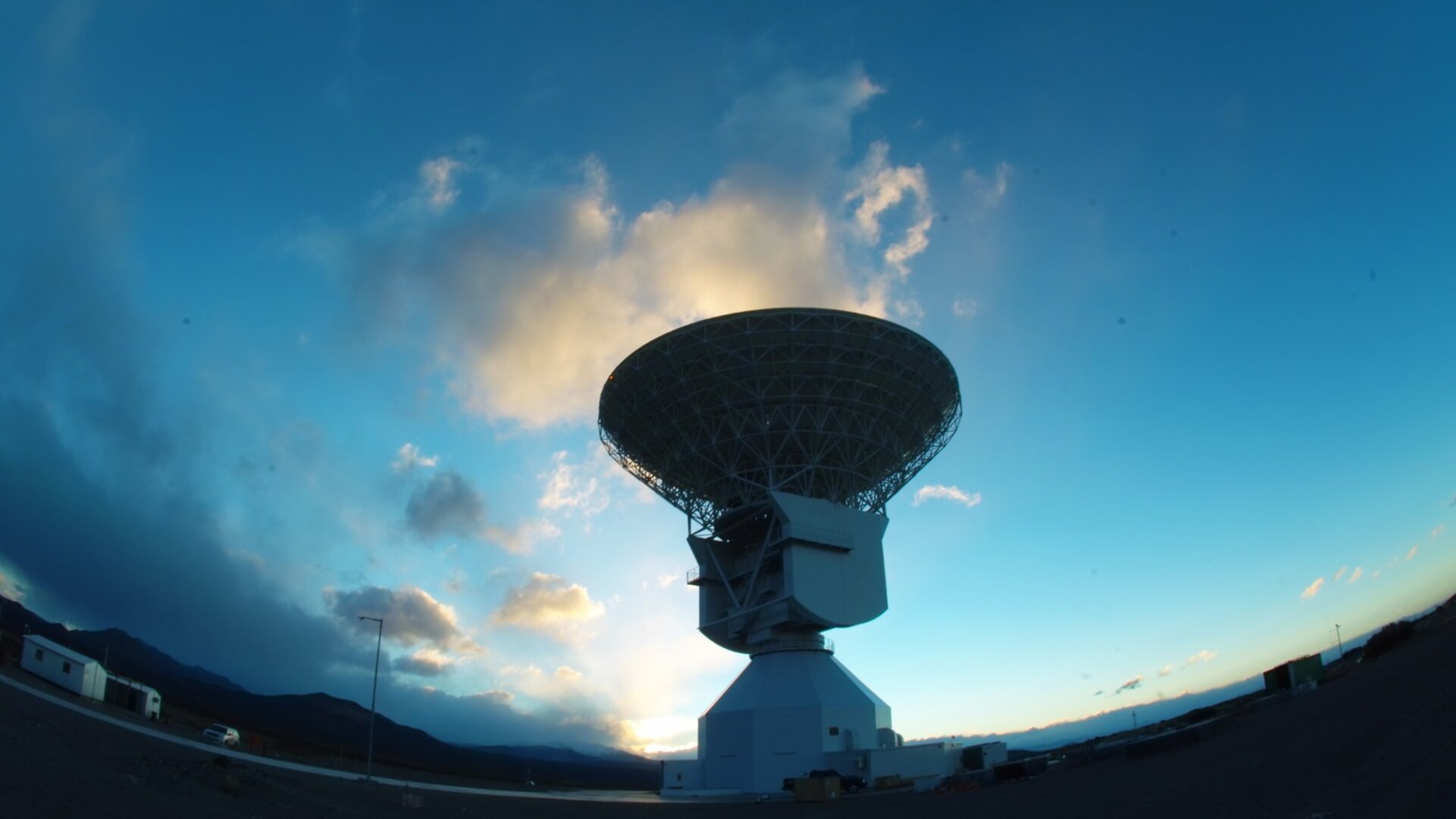 The Malargüe station, Deep Space Antenna 3, is ESA's newest tracking station and is located 30 km south of the city of Malargüe, about 1200 km west of Buenos Aires, Argentina. DSA 3 hosts a 35 m-diameter antenna with transmission and reception in X-band and reception in Ka-band.

DSA 3 was inaugurated in December 2012 and entered full service in early 2013. Today, it provides daily support to missions such as Gaia, Mars Express and ExoMars.

The station is a 45-km drive from Malargüe city, in Mendoza province. Malargüe has a population of some 23 000 and is also home to the southern site of the Pierre Auger Observatory, an international physics experiment searching for ultra-high-energy cosmic rays.

The dish is 35 m in diameter and the entire structure is 40 m high; its moving antenna weighs 610 tonnes. Engineers can move the antenna with a speed of up to 1 degree per second in all axes. The servo control system ensures the highest possible pointing accuracy under the site’s harsh environmental, wind and temperature conditions.

The station has a frequency and timing system based on atomic clocks using masers and crycooled sapphires. Communications are via the ESA Operations Network (OPSNET). The site is equipped with a no-break power plant.

The station provides routine spacecraft tracking support to ESA's deep-space missions such as Venus Express, Mars Express and BepiColombo, and scientific missions such as Herschel, Planck, LISA Pathfinder and Gaia, as well as to other agencies’ missions under resource-sharing agreements.

For routine operations, the station is remotely controlled from ESOC, Darmstadt, Germany. Local maintenance and operation is provided by a team of five engineers.

Construction of the station started in late 2009 and the huge dish reflector was hoisted into place on 7 December 2011. The station received the first test signals from Mars Express, at a distance of 193 million km, on 14 June 2012. It is set for formal inauguration on 18 December 2012, and will enter routine service early in 2013.

The site was chosen for ESA's third deep-space antenna for several reasons.

In order to obtain global coverage, DSA 3 had to be located about 120° in longitude from the existing DSA stations in Australia and Spain, which meant a location somewhere in the Americas. ESA’s DSA stations also use delta-DOR, which works best when the stations involved are as far apart as possible.

The choice between North and South America was also driven by the fact that NASA already has plenty of station capacity in North America, so it made sense to build in South America.

The final location was chosen after securing a long-term lease for the site and the requisite radio frequencies from Argentina.

The agreement to build and exploit the station was signed with Argentina on 16 November 2009, for a planned duration of 50 years. The agreement contains benefits, facilities and services to be provided by Argentina. In exchange, ESA will make available to Argentina 10% of the antenna time for their national scientific projects. Argentina's Comisión Nacional de Actividades Espaciales (CONAE) is responsible for coordinating the use of the 10% of antenna time as provided in the agreement.

The foreboding beauty of the landscape near Malargüe, high in clear mountain air, is famous for the 1972 Andes flight disaster, dramatised in the 1993 film Alive: The Miracle of the Andes. The actual crash site in the mountains is 138 km, as the crow flies, from ESA’s station.