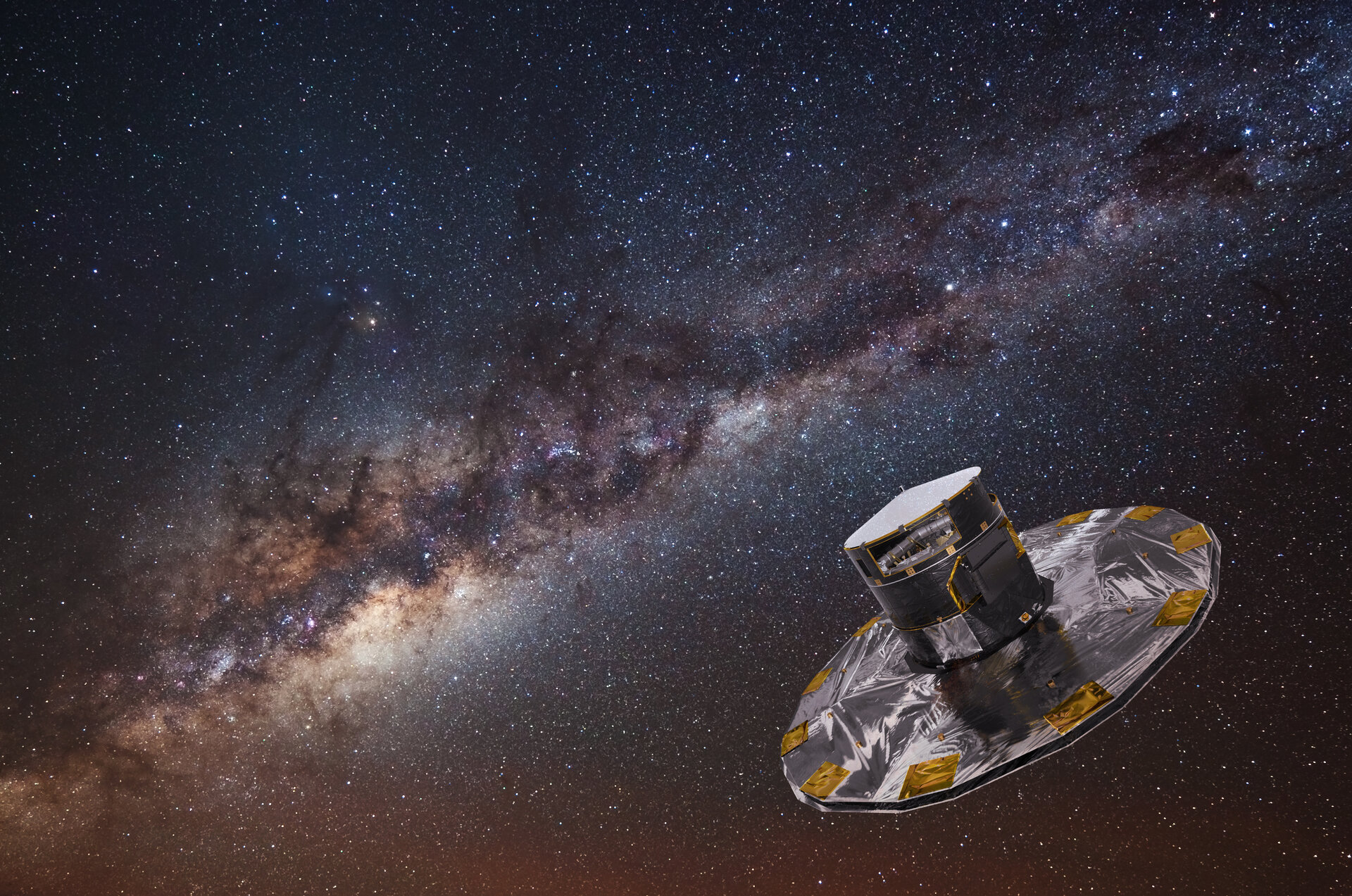 On Tuesday 16 July, teams at ESA’s mission control will perform an ‘orbit change manoeuvre’ on the Gaia space observatory – the biggest operation since the spacecraft was launched in 2013.

Gaia is on a mission to survey more than a billion stars, charting the largest three-dimensional map of our galaxy, the Milky Way. In so doing, the spacecraft is revealing the composition, formation and evolution of our galaxy, and a whole lot more.

For the last five and a half years, the spacecraft has travelled in an orbit designed to keep it out of Earth’s shadow, around the second Lagrange point.

At 1.5 million km from Earth – four times further than the Moon – ‘L2’ is a fabulous place from which to do science. As the Sun, Earth and Moon are all in one direction relative to the spacecraft, the rest of the sky is free to observe.

Placing Gaia at L2 has also ensured the star-catcher’s stability, because to this day it has never passed into Earth’s shadow. This has kept the spacecraft undisturbed by any change in temperature or varying infra-red radiation that would result from an Earth eclipse.

Although at the end of its planned lifetime, Gaia still has fuel in the tank and a lot more science to do, and so its mission continues. However, its eclipse-dodging path will not. In August and November of this year, without measures to change its orbit, the billion-star hunter will become partially shrouded by Earth’s shadow.

These two eclipses would prevent sufficient sunlight from reaching Gaia’s solar panels that the observatory would shut down. As well as affecting its stability and power, such shade would cause a thermal disturbance, affecting the spacecraft’s scientific data acquisition for weeks.

To keep Gaia safe from these shady possibilities, operators at ESA’s mission control are planning the ‘Whitehead eclipse avoidance manoeuvre’.

On 16 July, Gaia will use a combination of its on-board thrusters to push it in a diagonal direction, away from the shadow, in a special technique known as 'thrust vectoring'.

“We’ve named this operation after a great colleague of ours, Gary Whitehead, who sadly passed away last month after serving on the Flight Control Team for more than 11 years,” says David Milligan, Spacecraft Operations Manager for the mission.

“The manoeuvre will allow us to change Gaia’s orbit without having to turn the spacecraft body, keeping sunlight safely away from its extremely sensitive telescope.”

The world's most stable space observatory

Gaia is an incredibly stable spacecraft. In fact, it is many, many times more stable – and therefore precise – than any other spacecraft in operation today.

“Because any temperature change or unusual movement could take weeks to diminish or dampen, we always limit the time during which special activities – that disturb scientific observations – are performed.”

“As well as the Whitehead manoeuvre, we will perform some maintenance and calibration activities on the spacecraft’s complex subsystems, which would otherwise have disturbed Gaia’s science.”

Because of its position and unparalleled precision, Gaia is one of the most productive spacecraft out there. Last year alone, more than 800 scientific papers were published based on its observations.

Follow the manoeuvre in real time via @esaoperations on Twitter, from 10.30 CEST (08:30 UTC) on 16 July. We’ll post updates direct from ESA’s Main Control Room, sharing the moment when Gaia starts its new life in orbit.