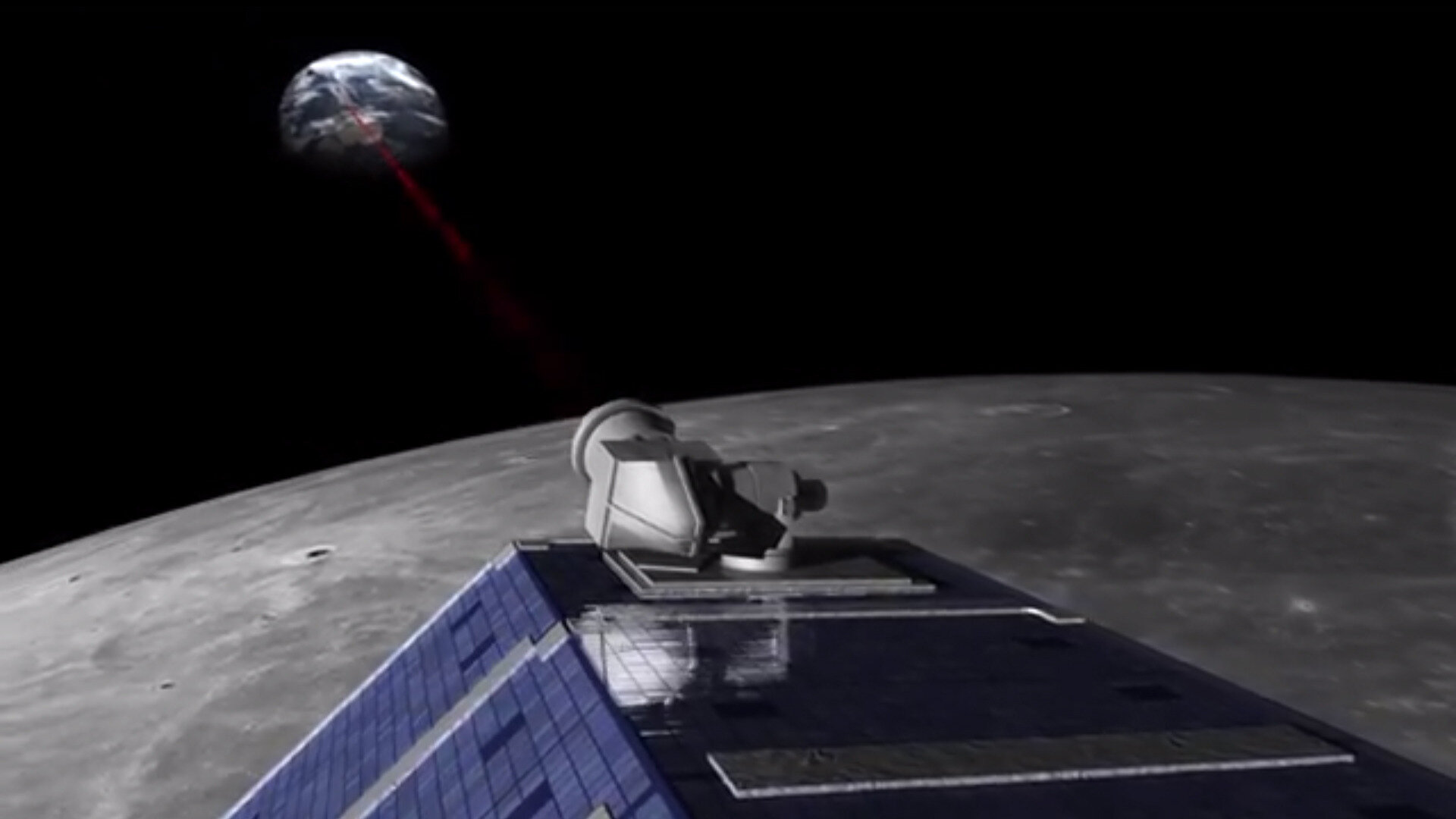 Just before NASA’s latest Moon mission ended last week, an ESA telescope received laser signals from the spacecraft, achieving data speeds like those used by many to watch movies at home via fibre-optic Internet.

During an intense, three-day effort starting on 1 April, ESA’s Optical Ground Station in Spain received data signals via laser from the Moon at the stunning speed of 80 megabits per second.

The signals were transmitted from NASA’s Lunar Atmosphere and Dust Environment Explorer, or LADEE, from a distance of 400 000 km. LADEE completed its seven-month exploration and technology mission on 17 April in a planned impact on the Moon.

The speed is high enough to transmit an entire movie DVD in about eight minutes and is many times faster than provided by traditional radio links used by today’s spacecraft.

“We had already achieved 40 Mbit/s in our first round of laser communication with LADEE in October, so we’re pretty happy that the final test transmissions were able to double that,” says Klaus-Juergen Schulz, responsible for tracking station engineering at ESA’s ESOC operations centre.

“We also demonstrated that we could transmit laser signals to LADEE and even obtain highly accurate range data, just like our traditional but much larger radio tracking stations can. Overall, the test series has been a big success.”

ESA’s station in Spain’s Canary Islands was equipped with advanced technology developed in Switzerland, France and Denmark that could communicate with LADEE using infrared laser beams.

LADEE made space history on 18 October 2013, just weeks after its September launch, when it made the first-ever laser transmission from lunar orbit, picked up by a NASA station at White Sands, New Mexico, USA.

Laser communications in the near-infrared may be the way of the future when it comes to downloading massive amounts of data from spacecraft orbiting Earth, Mars or even more distant planets.

Laser units are lighter and smaller than today’s onboard radio systems, promising to cut mission costs and provide increased return of science data.

To achieve the 80 Mbit/s, ESA’s station was upgraded with a new prototype detector built by France’s research and development Institute CEA-Leti.

ESA will now refine the European laser communication technology to support live tests in the near future with other missions. These include NASA’s OPALS system, recently delivered to the International Space Station, and Japan’s Small Optical Transponder for Micro-Satellite mission.

“There are not yet so many ground stations equipped to participate, and it’s extremely positive for ESA to be involved right from the start. It’s definitely one solution to achieve the extremely high data rates that will be required in the future.”