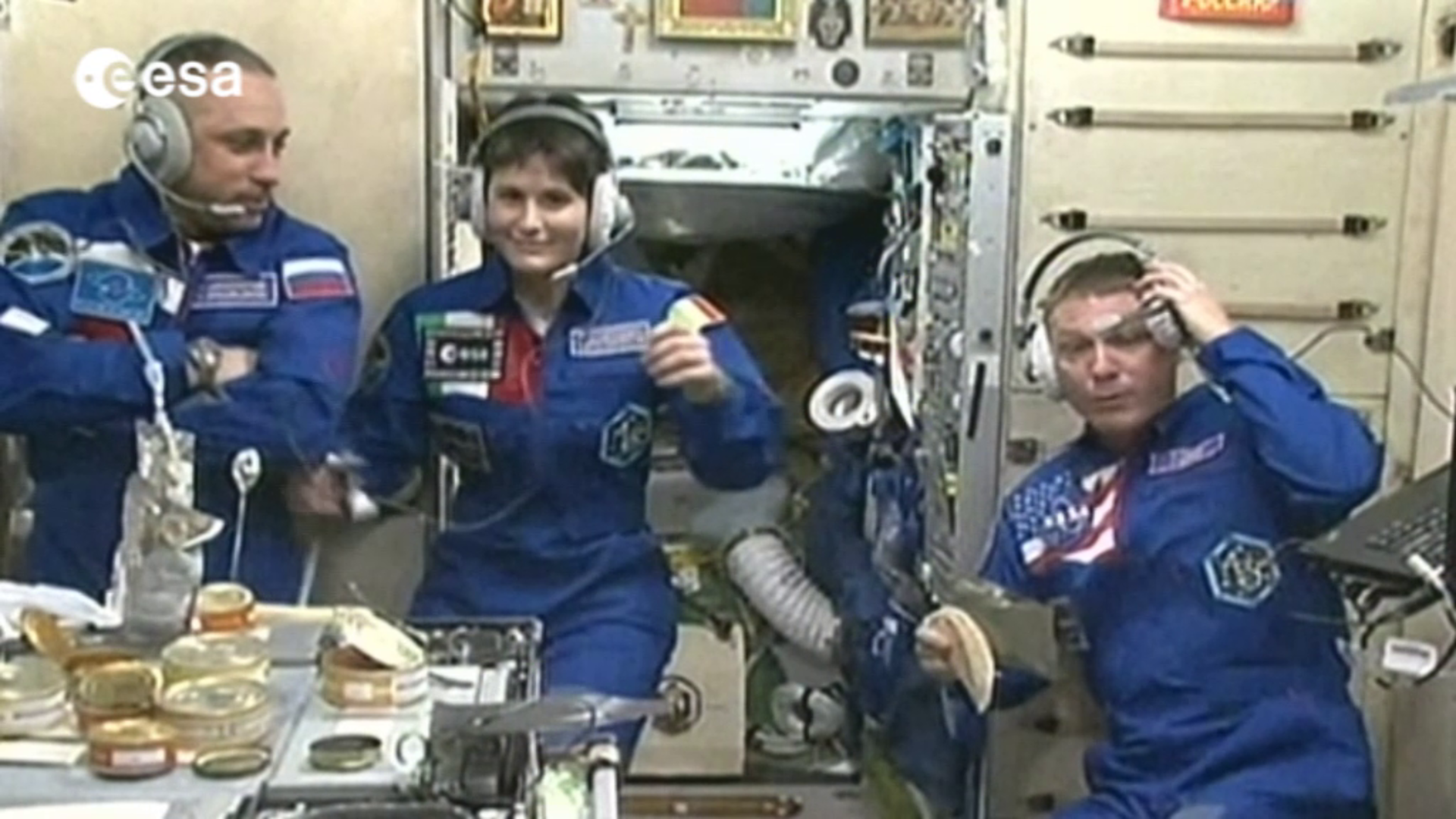 Once on the International Space Station ESA astronaut Samantha CristoforettI had to get used to a new and unnatural environment. Nothing can prepare you fully for weightlessness, but trainers on Earth do their best with underwater sessions, 20-second zero-g sessions on parabolic flights and virtual reality sessions. 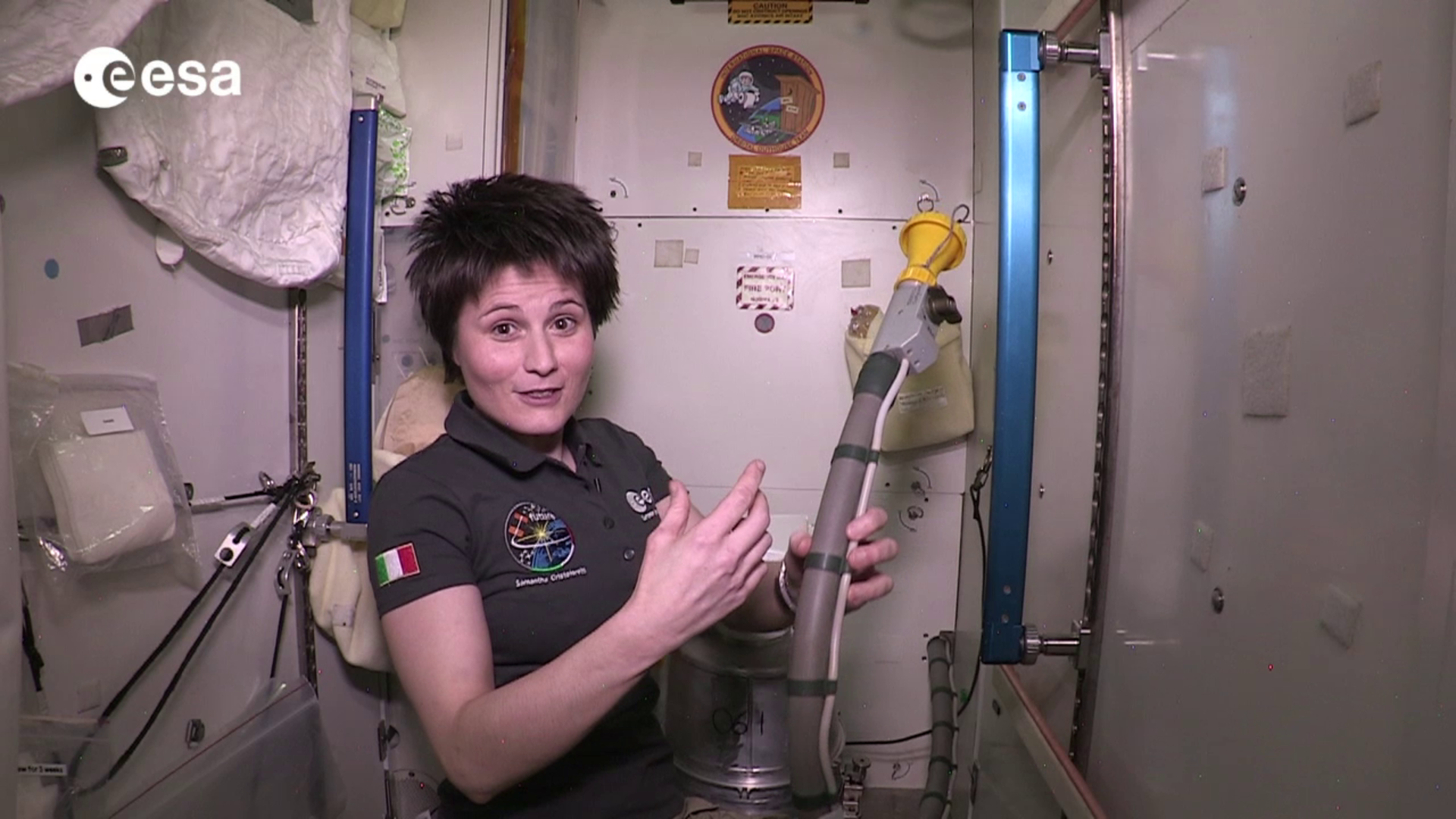 The first two weeks on the Station are spent getting used to living and working in microgravity. During this time Samantha’s body adapted to the changes of living away from our planet. Her spine grows longer, fluids in her body shift towards her head and her bones will weaken.

Many astronauts suffer from headaches and space sickness during their first few days as their brain copes with all the changes.

Medical scientists often request samples or ask astronauts to conduct experiments precisely in the first few weeks after launch. Samantha repeated the same experiments at the end of her Futura mission and again back on Earth. This way scientists chart how her body adapts and returns to ‘normal’ after a spaceflight. 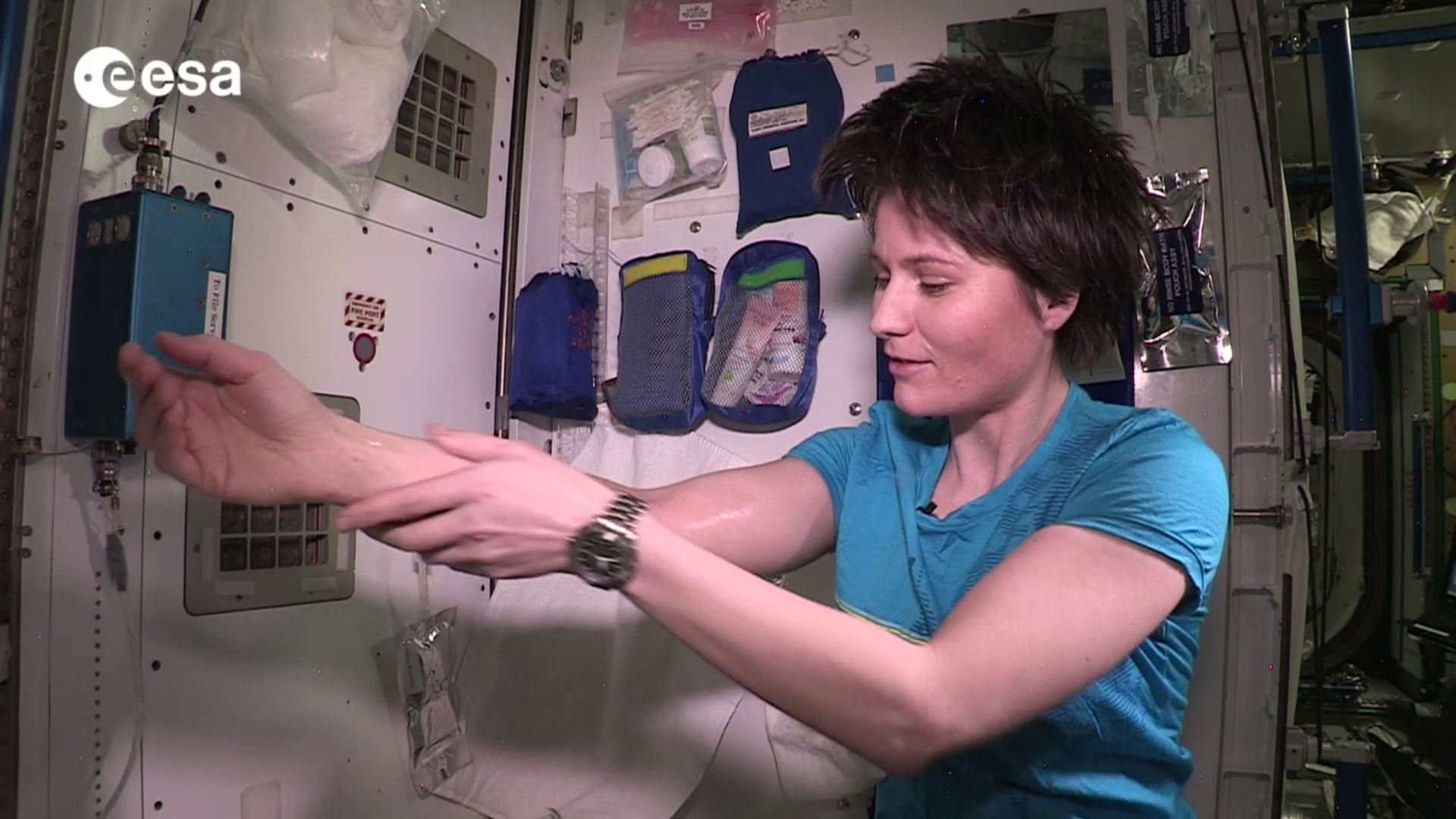 In addition to the experiments Samantha need to readjust her concept of space. There is no traditional sense to find your way around. The International Space Station is the size of a large two-story house and the bathroom can be on the left, up, down or to the right, it all depends on how you float – giving directions in space is not straightforward.

To make matters worse, any equipment, tools or food that is not fixed will float away. Astronauts report many things getting lost as they simply lose track of them. Luckily it can only float inside the station so everything ends up being found eventually, often stuck to a circulation vent.

An astronauts life is an organised life. Samantha had a strictly controlled timeline to follow once she settled into life on the Space Station. A typical week’s schedule is not unlike on Earth. During a normal week Samantha spent six days working on science and maintaining the Station. A day starts and ends with the Daily Planning Conference where ground control informs the astronauts on the Station of the news and activities.

Once a week Samantha had a call with her flight surgeon in private to discuss her health and training schedule. Flight surgeons are bound by patient-doctor confidentiality and the call is made on separate lines that mission control cannot overhear.

90 minutes each day were spent exercising to counter the negative aspects of living in weightlessness. Without regular exercise on the ‘T2’ treadmill and the space weight-lifting machine ‘ARED’ astronauts would return to Earth with weak muscles and bones.

Samantha and her colleagues had eight and a half hours each day to sleep. The six Station crewmembers all sleep at the same time to ensure a good night’s sleep. The Space Station follows Greenwich Mean Time. Of course, not everyone goes to sleep immediately but prefers to look out of the European-built Cupola window module and watch Earth spinning by.

Even astronauts need to clean up after themselves and weekends are spent resting and doing housekeeping. Scientists on Earth always prepare a number of voluntary tasks that Samantha can do if she has time. These ‘back-pocket experiments’ are designed to be easy to start and stop at any time.

In her spare time, Samantha could phone home to friends and family or write emails.