Samantha Cristoforetti was selected as an ESA astronaut in 2009 and in the five years before her mission she trained virtually non-stop. Five years of training might seem like a long time, but astronauts are chosen from a variety of professional and cultural backgrounds and each has to be brought up to speed on a wide variety of skills and knowledge. 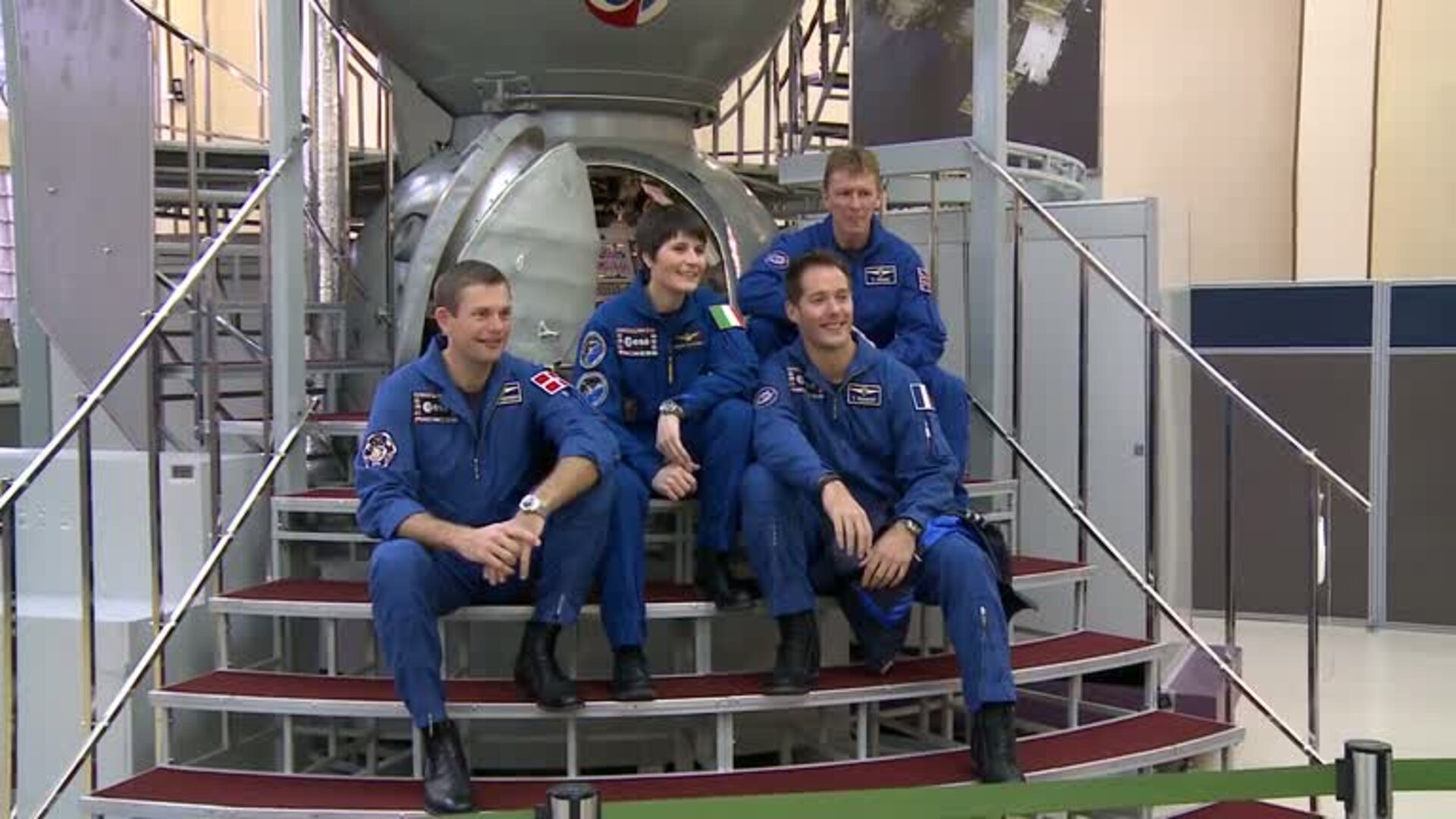 Samantha completed her basic training in November 2010 and followed on with more specific training to become an International Space Station astronaut. She learnt more about the orbital outpost’s systems, trained for spacewalks and went to Russia to learn how to pilot the Soyuz spacecraft that will take her to and from the Station.

In July 2012 she was assigned to the Futura mission to the Station, but training did not stop because she now had to work on tasks specific to her mission.

From her home base in Cologne, Samantha worked long hours for weeks on end in Japan, Canada, Russia and the US. She was taught how to control the Station’s robotic arm in Montreal, Canada, learnt how to work in Japan’s Kibo laboratory module in Tsukuba Space Center, Japan, dived underwater to practise spacewalks on a life-size mockup of the Station in Houston, USA and earned her space-wings on the Soyuz simulator at the Yuri Gagarin Cosmonaut Centre at Star City, Russia.

As the mission deadline neared, training increasingly focuses on individual equipment and experiments for Samantha. In the final weeks before launch the crew passed an examination which formally declared them ready to fly the Soyuz spacecraft.

But the training did not stop there. Imagine operating the Station’s robotic arm or monitoring the departure of ESA’s 20-tonne ATV space freighter. Astronauts need to be prepared for the unexpected and any possible failure. If the last time you trained on a specific task was months before your mission it would be understandable if you were nervous. For this reason, Samantha and her crewmates took refresher courses on the Station.