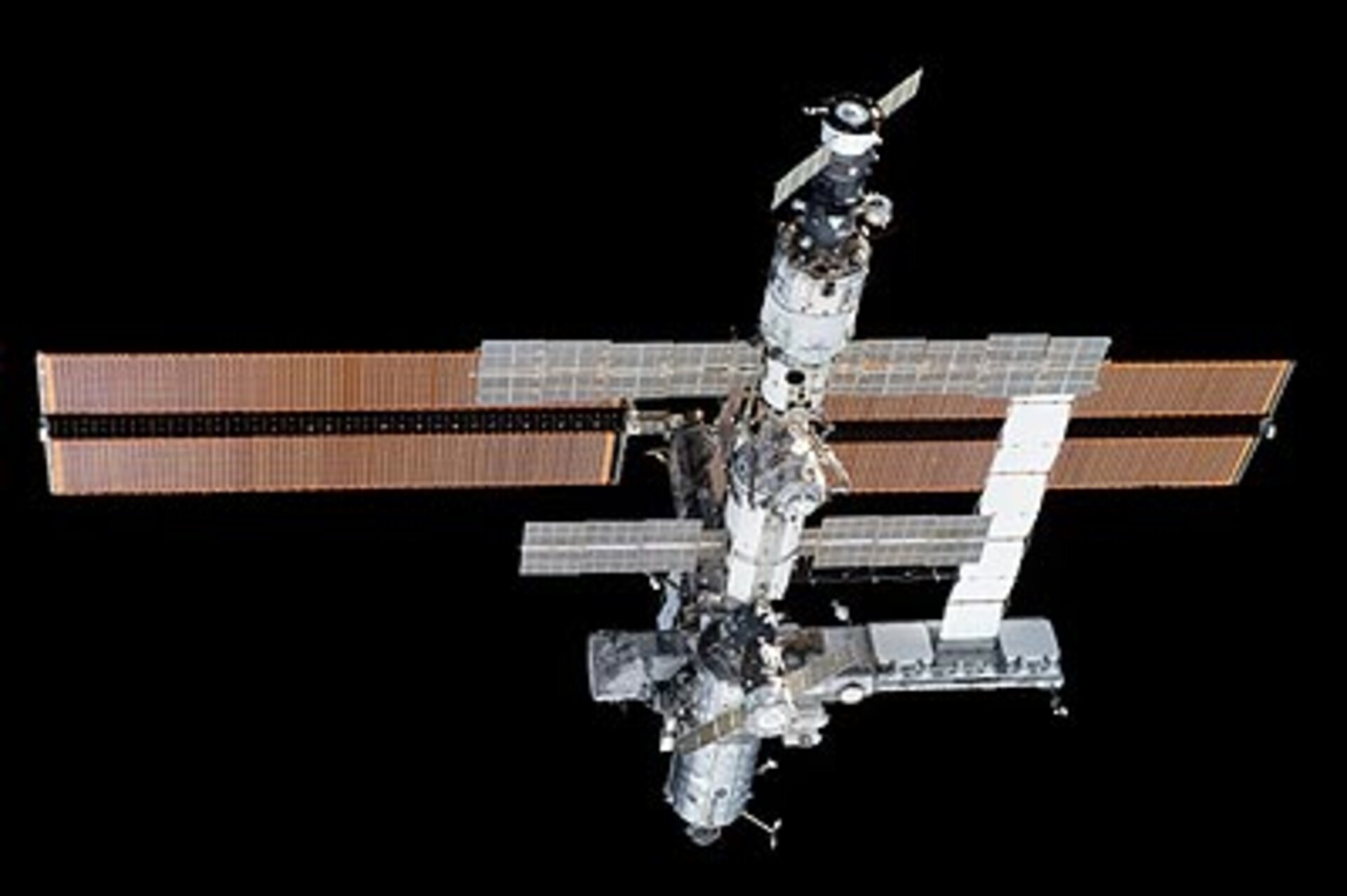 ESA PR 75-2002. Next year three more European astronauts are scheduled to fly to the International Space Station (ISS). Since the Station was first permanently manned in October 2000, five Europeans have already done so, in cooperation with both the US and Russian space agencies.

The next flight with a crew including a member of the ESA astronaut corps is scheduled for April, when the Spaniard Pedro Duque will fly out on a Russian Soyuz spacecraft for a 10-day mission to the Station. In July Sweden’s Christer Fuglesang will board a US Space Shuttle for mission STS-116, and in October André Kuipers, from the Netherlands, will leave on a Soyuz for a 10-day mission to the Station.

The two European astronauts taking part in the Soyuz missions, as flight engineers, will conduct comprehensive scientific research programmes involving experiments which have been submitted by European scientists in response to ESA's 'Announcements of Opportunity'. These missions will replace the Soyuz spacecraft which has been docked at the Station for 6 months, serving as the main emergency rescue craft for the resident crew.

The Space Shuttle mission (STS–116, or ISS assembly flight 12A.1) on which Christer Fuglesang is to fly will add new segments to the Station’s truss, having taken the Expedition 8 crew out to the Station, and then return the three astronauts on Expedition 7 to Earth. Christer Fuglesang will carry out three Extra-Vehicular Activities (EVAs) to attach new hardware to the space Station. Although commonly called ‘spacewalks’, EVAs are highly demanding - far from being just a walk in space.

"These missions reflect the successful continuation of the close cooperation with our Russian and US partners," said ESA Director of Human Space Flight, Jörg Feustel-Büechl, "and continue to advance European scientific research on board the International Space Station before the arrival of our own Columbus laboratory in 2004". ESA also plans to use satellite video and 3-D display technology to enable people on Earth, young people in particular, to share in the experience of spaceflight more fully. Educational communication experiments will be carried out as part of the ESA education programme.

Pedro Duque was born in Madrid in 1963 and holds a degree in aeronautical engineering. In 1992 he joined the ESA astronaut corps. In August 1993, Pedro Duque was trained in Star City in Russia in order to participate as the prime Crew Interface Coordinator for the joint ESA-Russian Euromir 94 mission that took place from 3 October to 4 November 1994, Later on, Pedro Duque was selected and trained as the alternate payload specialist for the STS-78 Microgravity Spacelab Mission in 1996, and in 1998 he flew as mission specialist on Space Shuttle Discovery with US veteran astronaut John Glenn. On that mission, Pedro Duque was responsible for the five ESA scientific facilities on board and for the extensive computer system used on the Shuttle. He was one of three astronauts awarded the Prince of Asturias Prize for International Cooperation in 1999.

Christer Fuglesang was born in Stockholm in 1957 and holds a Ph.D. in particle physics. In 1992 he was selected and trained for the European astronaut corps. In 1995 Christer Fuglesang was selected as a member of Crew 2 for the Euromir 95 mission. He was later seconded by ESA to NASA’s Johnson Space Center as Prime Increment Support Astronaut for the Expedition 2 Crew. STS-116 will be his first space mission.

André Kuipers was born in Amsterdam in 1958 and holds a medical doctor’s degree. He has carried out substantial space and flight-related physiological research. Since 1991 he has been responsible for the coordination and execution of ESA’s extensive physiological experiments for space missions. He has also been responsible for coordination of life science experiments for ESA’s parabolic flight campaigns. Since 1999 André Kuipers has been a member of the European astronaut corps. This will be his first space mission.