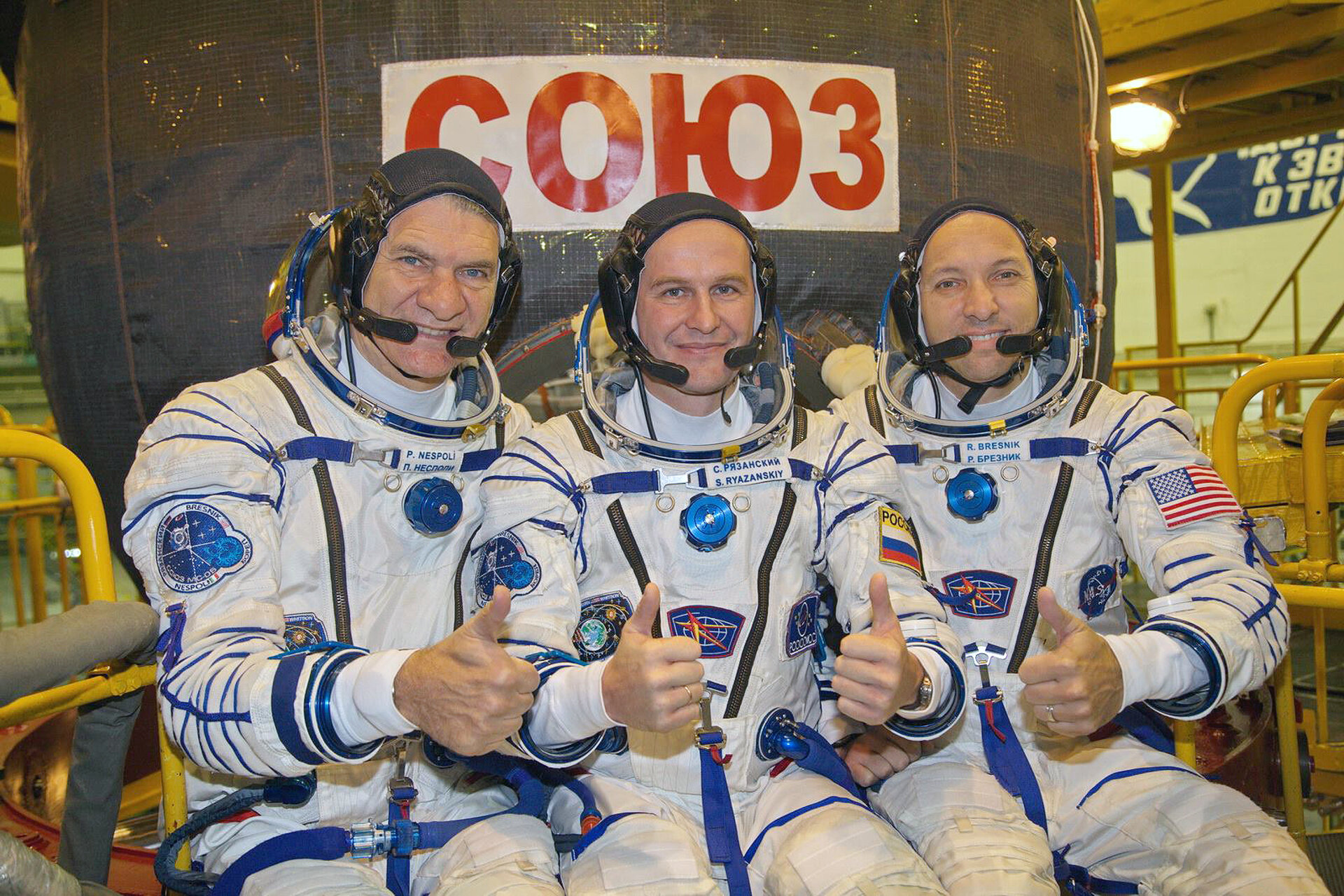 The Soyuz launcher delivers millions of horse-power to reach an orbital speed of 28 800 km/h.  Every second for nine minutes, their Soyuz MS-05 spacecraft will have accelerated 50 km/h on average reaching the International Space Station just six hours after launch – or four orbits of our planet.

Paolo, Sergei and Randy will spend five months in space working and living on the Station. It is six years since Paolo’s last visit and the weightless laboratory has changed since then. Modules have been relocated and systems have been upgraded. New commercial spacecraft are delivering supplies and Paolo will help to grapple and berth the regular arrival of cargo ships with the Station’s robotic arm.

Paolo has a full schedule of science and experiments planned for his Vita mission. He will continue running experiments from the international partners and act as a test subject in some of them.
ASI is providing the Vita mission through a barter agreement with NASA.

Follow the mission with live updates on Twitter via @esaspaceflight and connect with Paolo on social media via paolonespoli.esa.int