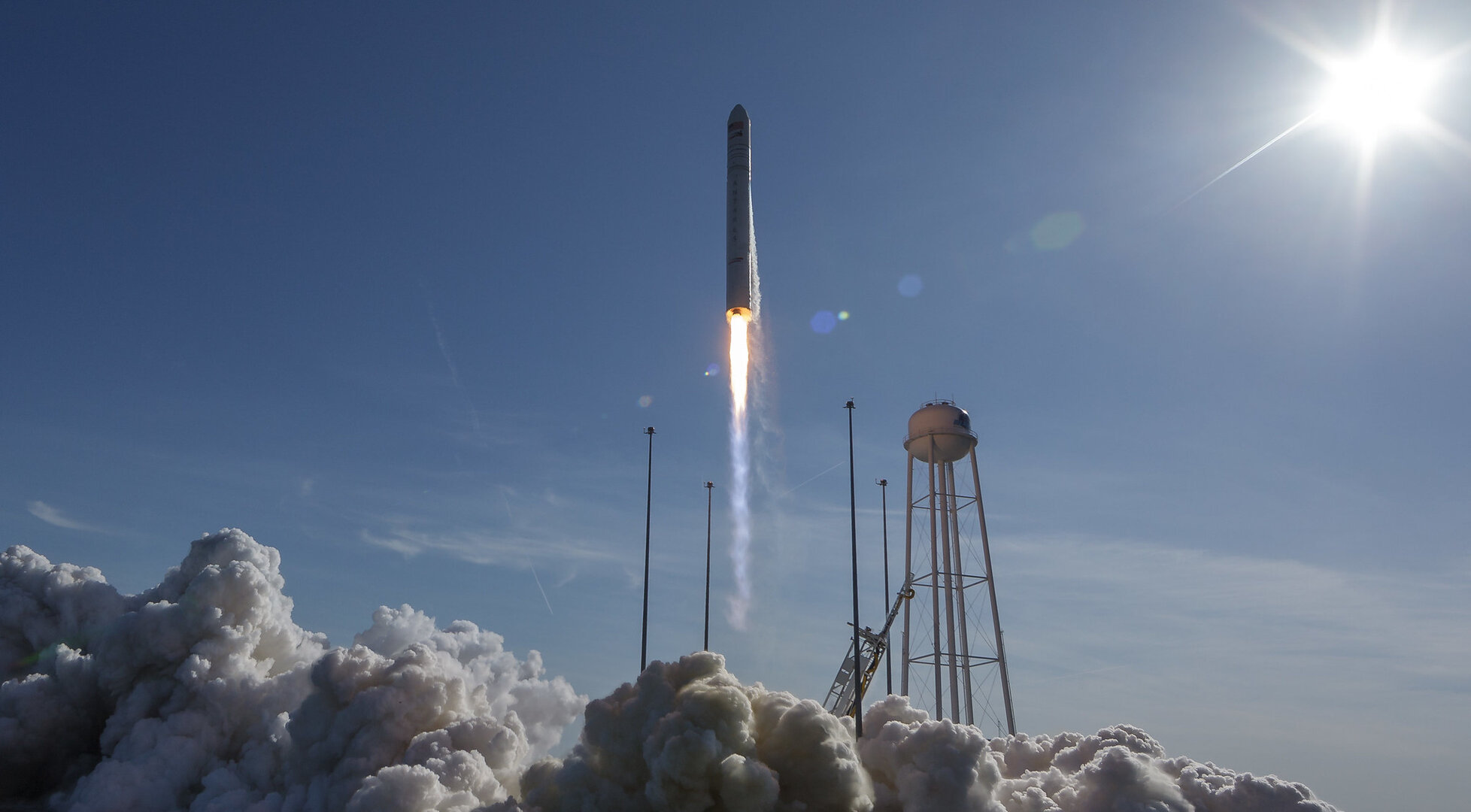 Another two weeks have flown by at 28 000 km an hour on the International Space Station and the astronauts are preparing to step outside again for a series of complex spacewalks in November.

The next vehicle scheduled to dock with Earth’s orbital laboratory is Northrop Grumman’s Cygnus CRS-12. Due to launch on Saturday, this cargo spacecraft will carry components to repair and enhance the dark matter-hunting Alpha Magnetic Spectrometer AMS-02. Join us for a sneak peek at the upcoming spacewalks, European experiments destined for the Station as well as a review of the science “made in Europe” that occurred in orbit over the last two weeks.

The arrival of new cargo is always eagerly anticipated by astronauts on Station as it means fresh food and supplies. It is also an important time for researchers on Earth who rely on hardware shipments for their experiments to run.

The Analog-1 experiment will see ESA astronaut Luca Parmitano command a robot in the Netherlands from the International Space Station and Cygnus will be deliver the force-feedback joystick he needs to feel what the robot feels from a distance. Other accessories for this operation include the mounts to attach the joystick to the European space lab Columbus, as well as power and USB cables. Luca has already updated the software on a laptop to be used for the experiment.

Other ESA items in Cygnus include a software upgrade on a USB-stick for boiling experiment Rubi, filters and items for the next-generation Life Support Rack, and water valves for the Columbus laboratory.

Hardware for the dark matter hunter

Cygnus will send vital parts for the spacewalks planned to repair AMS-02 throughout November. The dark-matter hunter was launched in 2011 and records over 17 billion cosmic rays, particles and nuclei a year. Results from the particle physics detector are among the top five most-cited publications from International Space Station research.

The instrument was initially meant to run for only three years but has been so successful that its mission has been extended. However, three of the four cooling pumps have stopped functioning and will require multiple spacewalks to repair.

Luca will take a leading role in the spacewalks with the first intended to determine just how and where to intervene, and what tools will be needed for the process.

A spacewalk is always a carefully choreographed undertaking that affects all aspects of daily life on the Space Station. For example, on the spacewalk of 11 October electricity was partially shut off and some experiments had to be switched off. Cosmonaut Oleg Skriposchka switched the European weightless metallurgy furnace Electromagnetic Levitator off on spacewalk day by closing the helium and argon valves, the facility is now ready and waiting for another session in the near future.

End of an era for Vessel-ID

Last week marked the end of one of the longest running European technology demonstrations on board the International Space Station – Vessel-ID. Outside the Columbus laboratory the Vessel-ID antenna has receiving shipping signals since June 2010 to investigate the feasibility of monitoring global maritime traffic from 400 kilometres overhead. ESA astronaut Luca Parmitano deactivated the experiment on Friday 25 October 2019.

All passenger ships, and other vessels above a certain weight, broadcast identification, position, course, speed, cargo and voyage information, to port authorities and coastguards who monitor vessel traffic. The system uses basic VHF radio signals with a range of around 74 kilometres making it useful when communicating with ships near the coastline, but not as helpful in the open ocean.

The signals travel much farther upwards and the Space Station was identified as an ideal location to test a space-based receiver that could lead to the establishment of a global vessel identification system. This could benefit law enforcement, fishing control, border control and maritime safety.

The Vessel-ID experiment ran autonomously and even helped save the life of Norwegian Eirikur Johannsson in 2012 when the Hallgrimar fishing vessel was caught in violent weather and overturned in icy waters between Iceland and Norway. A successor to the Automatic Identification System is ready for launch on a cubesat next year.

Other experiments that continue to run in the background are monitoring radiation, collecting bacteria for cleaner spacecraft, providing a facility for commercial experiments, and monitoring thunderstorms from space.