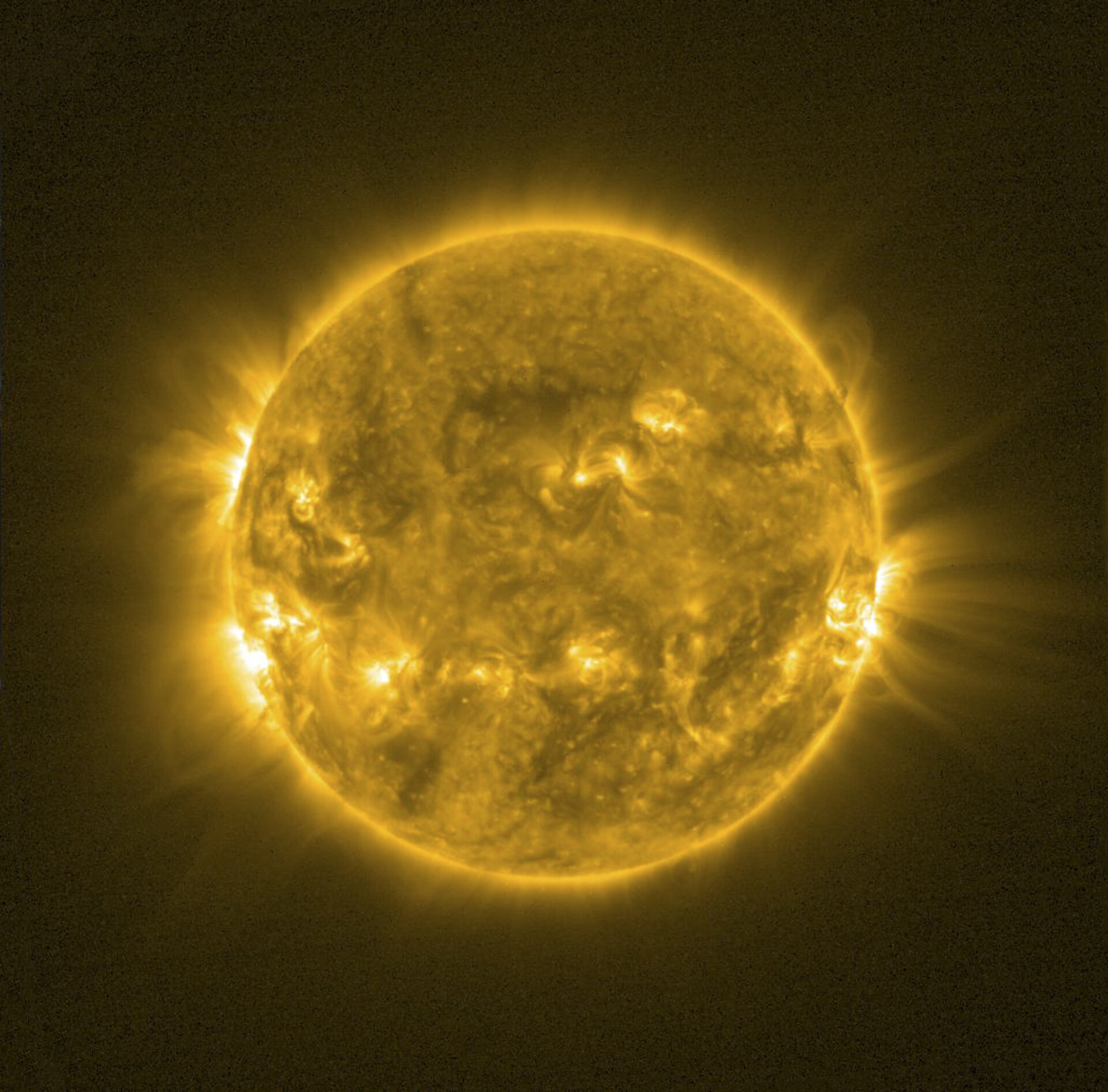 For almost a decade, the International Space Station tracked the Sun to measure our star’s energy. Now, years of work have delivered the most accurate-ever data on the Sun’s power – but the journey to achieve this feat was almost abandoned before the experiment ended.

Computer models can calculate and predict large-scale events such as our planet’s weather and climate but they need hard numbers to work on. Processing power can simulate our planet, but the researchers need the numbers to key into the computer models and, with so many numbers flowing, inaccuracies quickly add up.

This is where the Solspec instrument comes in. Part of the Solar package on the International Space Station, it was launched with the European Columbus space laboratory in 2008 and tracked the Sun until it was shut down this year. It measured the energy of each wavelength in absolute terms and its variability – a feat that requires a higher order of precision than relative measurements. As an analogy, it is easy to feel a change in temperature, but nobody on Earth can sense the exact temperature without a thermometer.

The teams behind the facility, the Belgian BIRA-IASB institute and France’s Latmos, improved the accuracy of the reference data across the Sun’s spectrum down to 1.26% and, more importantly, an estimation of how accurate this variation is – meaning the team not only knows how much energy per square metre is emitted per wavelength, but also the margin of error. This number might seem insignificant, but the more accurate it is, the better researchers can understand how our climate has changed and is changing.

Solar power plants also use the reference data to predict how much electricity they will generate, to work out how many solar panels should be installed and to fine-tune their facilities.

The Solar facility achieved these measurements by repeatedly rotating to point at the Sun as the Space Station flew around Earth every 90 minutes. As it measured each wavelength in the Sun’s spectrum, the rays had to be separated into separate wavelengths. Gratings with extremely small nanometre-sized grooves – up to 3600 per mm – spread sunlight like a prism on to receivers.

On Earth these measurements are made in a laboratory with a constant temperature to avoid any disturbances and ensure accurate measurements. The Space Station offered far from ideal conditions, aside from the general vibrations that come with an orbital outpost, the Station passes from light to darkness and back again every 45 minutes – almost 12 000 times in the instrument’s lifetime. Each pass caused the temperature to fluctuate by 30°C – straining the instruments as well as expanding and contracting the instrument’s components resulting in skewed measurements.

Of course, these conditions were well known before the instrument was built and launched, so engineers designed Solar and Solspec to cope with the harsh climate outside the Space Station. Despite this, initial readings when it was turned on in 2008 were not as accurate as expected

The teams despaired, but did not give up as they realised they could analyse the data at a higher level to understand the readings over time. Towards the end of its mission, Solspec was stressed to its limits to test how it was affected by external thermal factors and to calibrate the machine better. The operators left Solar working throughout the night and even moved the whole Space Station to keep it pointing at the Sun for as long as possible.

“Metrology is the science of measurement and it requires painstaking work to achieve the hair-splitting accuracy we now have for the Sun’s output,” says ESA’s Astrid Orr, ESA’s project scientist for Solar.

“The team put the instrument and themselves through extremes to understand and calibrate the readings, spending years meticulously going over the numbers.

“One of the original scientific goals set in 1996 for Solar was to obtain the most precise possible absolute measurement of the solar irradiance: objective achieved.”

With the Solar facility now powered off, researchers still have over nine years of data to analyse and interpret the variability in the Sun’s spectrum. Results are still coming in. The quest for more accuracy continues next year with NASA’s TSIS-1 on the Space Station.