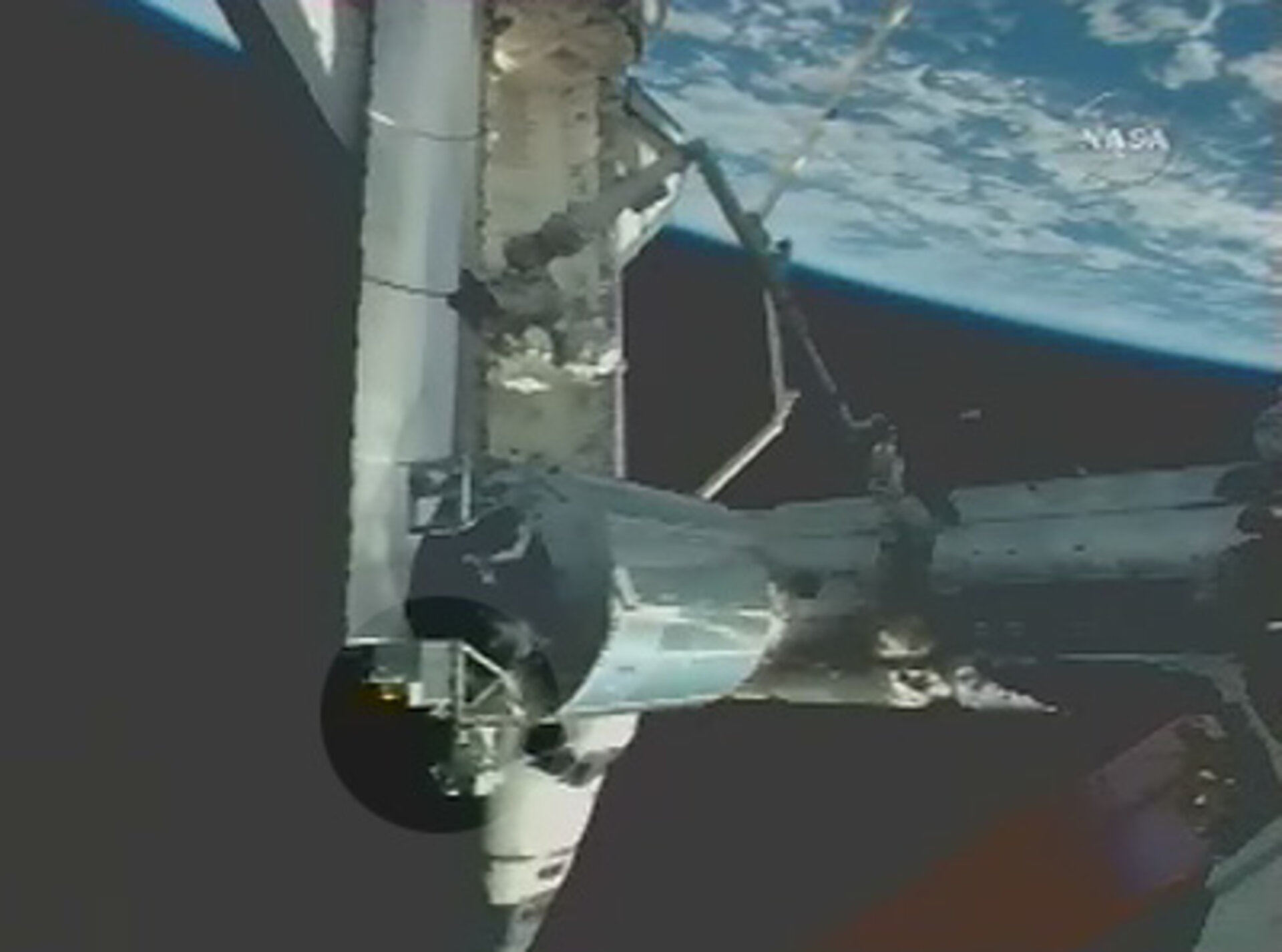 Astronauts have successfully completed a spacewalk to install the Columbus external experiment facilities, SOLAR and the European Technology Exposure Facility. The facilities will now be activated and checked out before starting to collect the first data later this month.

Spacewalkers Rex Walheim and Stanley Love started the spacewalk at 14:07 CET, slightly ahead of schedule. With assistance from Leland Melvin at the controls of the Station’s robotic arm, SOLAR and the European Technology Exposure Facility (EuTEF) were transferred from Atlantis’ payload bay to the external platform on Columbus.

SOLAR was installed on the upwards facing, or zenith, position on the external platform. SOLAR contains three instruments for Sun observation – together they allow measurements through the whole electromagnetic spectrum. The facility features a moveable frame – called the coarse pointing device – which keeps the instruments pointing towards the Sun for an observation period of about 15 minutes per orbit.

SOLAR and EuTEF will remain on the outside of Columbus for around 2 years before being retrieved and returned to Earth inside the Shuttle’s payload bay.

Other tasks during the spacewalk included installing handrails on the outside of Columbus and retrieving a control moment gyroscope. The gyroscope, which has been stowed on the outside of the Station since it was removed and replaced following a malfunction in October 2006, was placed in Atlantis’ payload bay for return to Earth.

The spacewalkers also performed a so-called ‘get-ahead’ task - the inspection of a handrail on the Airlock which is thought to be a possible cause of damage to spacewalk gloves seen in recent times. The astronauts used a fashioned glove testing tool which was rubbed over a small dent in the handrail.