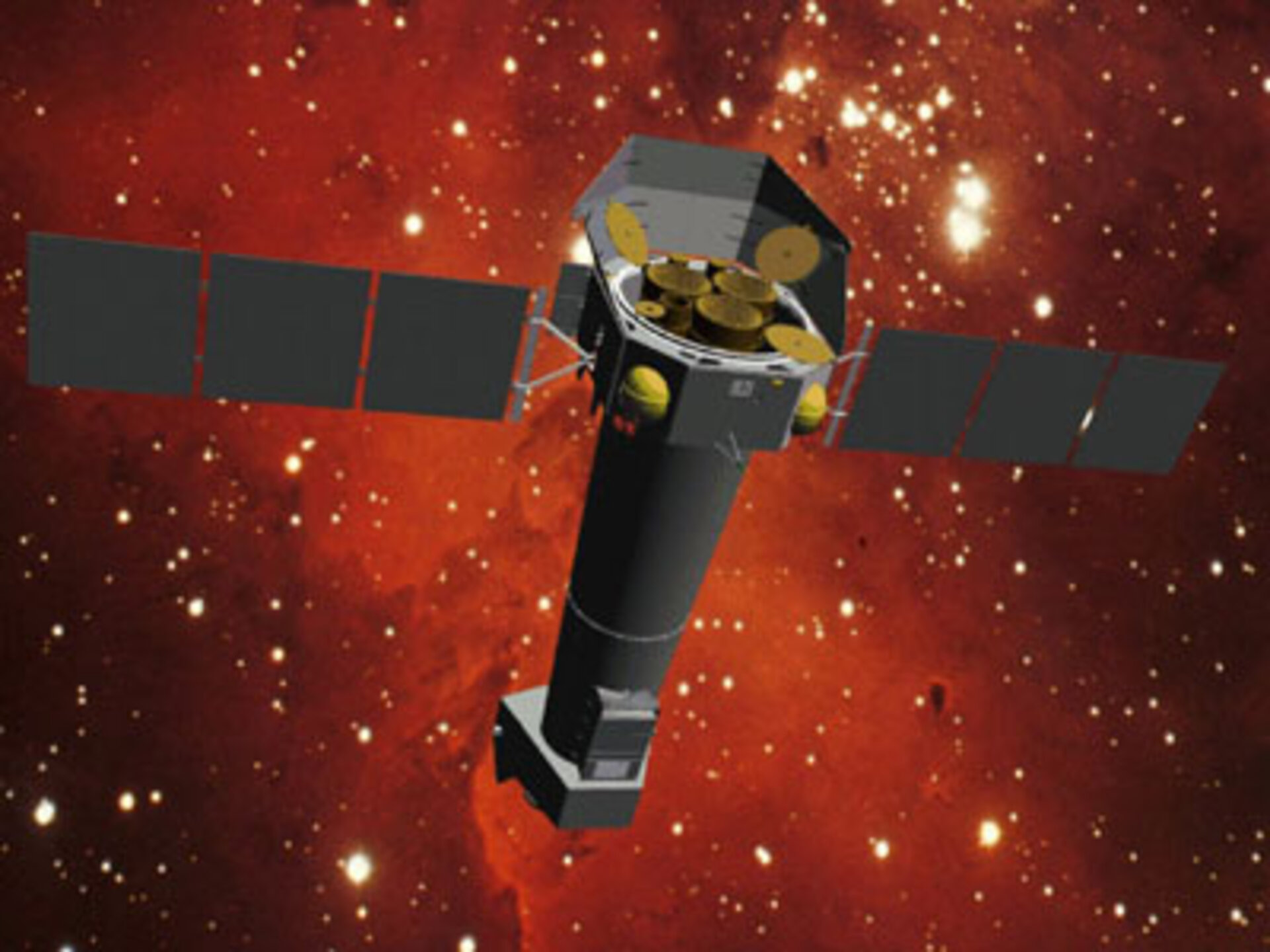 ESA's XMM-Newton mission carries three identical telescopes. An assembly of 58 mirrors, carefully sized, formed and nested one inside another, made them the most sensitive X-ray telescopes ever built. With its gold-coated reflecting surfaces totalling 300 square metres, XMM has revolutionised X-ray astronomy. Observations of X-rays from cosmic sources that previously took hours to accomplish can now be done by XMM in a matter of seconds.

In May 1997, one of the finished XMM telescopes was presented for the first time to the press and other visitors during a press briefing in Liège, Belgium. As the telescope was a flight model due to go into space, the inspection was 'hands-off', through a clean-room window.

XMM-Newton was launched in December 1999.

1992: On 13 May 1992, a trio of astronauts from the Space Shuttle 'Endeavour' captured a wayward Intelsat-Six communications satellite during the first ever three-person spacewalk.

1957: On 13 May 1957, Claudie Haignere (nee Andre-Deshays), the French engineer-cosmonaut was born. Born in Le Creusot, Burgundy, France, she is married to astronaut Jean-Pierre Haignere, and became the Minister for Science and Technology in France. She has spent a total of nearly 26 days in space on two space missions, the 'Cassiopee' Mir Expedition EO-22 and Expedition EP 2 to the International Space Station.