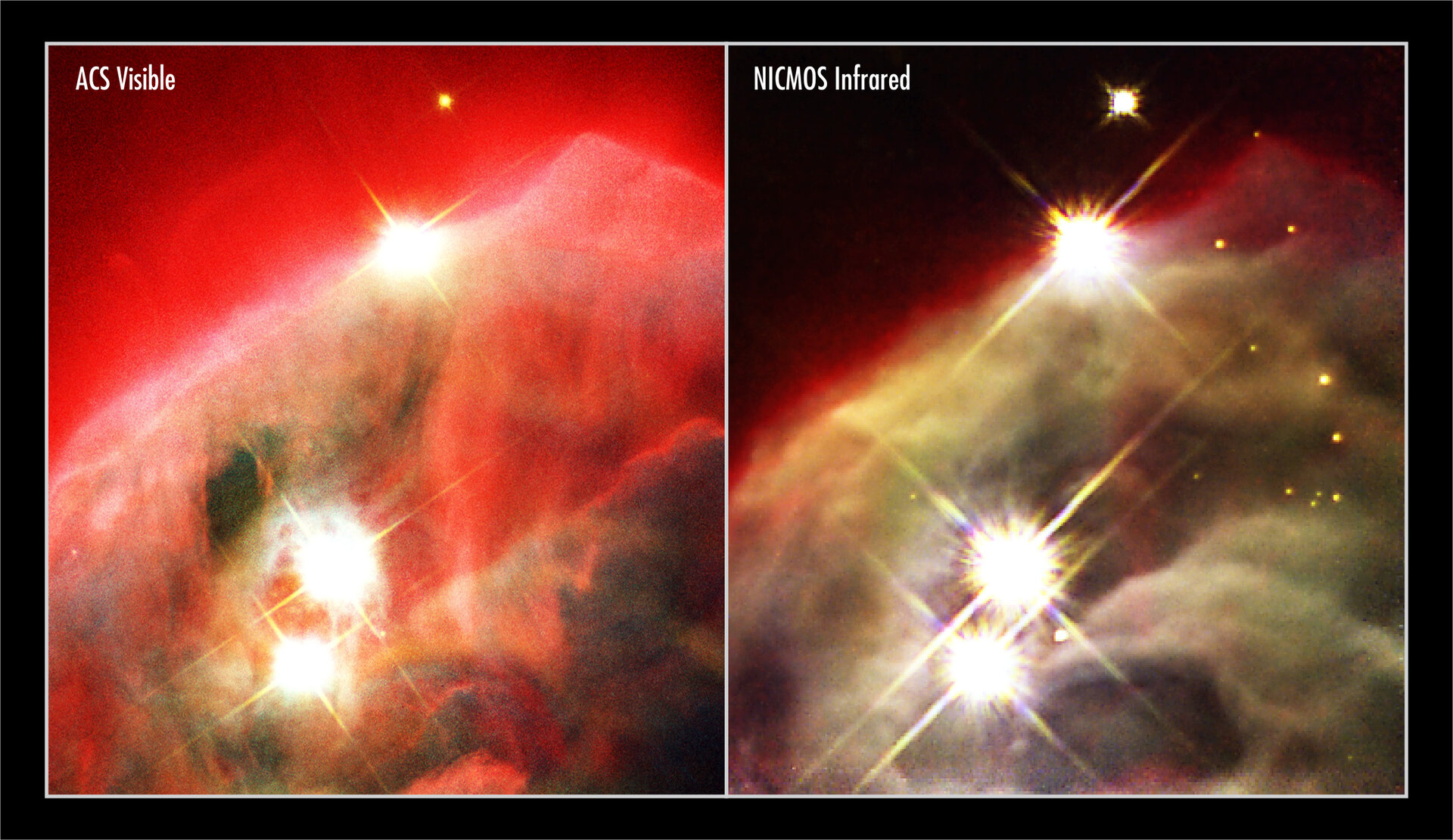 2002: On 11 May 2002, the revived Near Infrared Camera and Multi-Object Spectrometer (NICMOS) aboard the NASA/ESA Hubble Space Telescope penetrated dust layers in a star-forming cloud to uncover a dense, craggy edifice of dust and gas. It was the first NICMOS image for nearly three years.

To keep its detectors cold, NICMOS had been encased in a thermos-like container filled with solid nitrogen ice. It was expected that the solid nitrogen ice would last approximately four years. However, the ice evaporated about twice as fast as estimated and was depleted after only 23 months of NICMOS science operations. In 1999 - with its supply of ice exhausted - NICMOS became dormant. However, scientists revived NICMOS by supplying a new coolant solution during a servicing mission.

1918: On 11 May 1918, the American physicist Richard Feynman was born. In 1965, along with Julian Schwinger and Shinichiro Tomonaga, he shared the Nobel Prize in Physics for work in quantum electrodynamics. Famous for his unusual lifestyle, his popular books and lectures on mathematics and physics, Feynman also worked on the NASA's Space Shuttle Challenger accident investigation board. He demonstrated the failure of the solid-rocket booster O-rings - they had become frost-damaged the night before the launch.