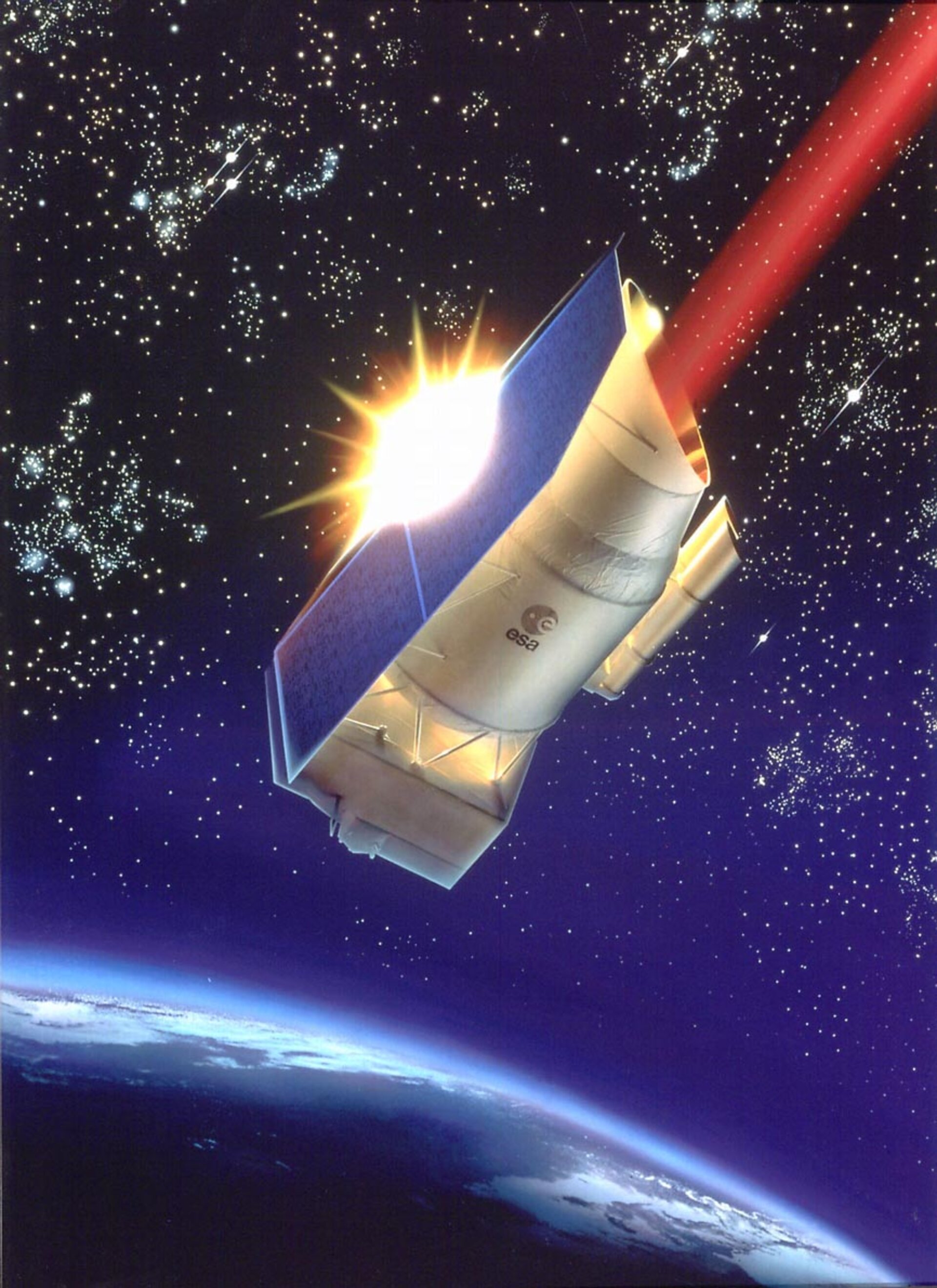 1998: On 10 May 1998, ESA's Infrared Space Observatory (ISO) mission made its last observation with the Short-Wave Spectrometer (SWS) instrument. It showed emission lines from hydrogen in the hot supergiant star 'Eta Canis Majoris'.

In its time, ISO was the most sensitive infrared satellite ever launched. ISO made particularly important studies of the dusty regions of the Universe, where visible light telescopes can see nothing. The wealth of data collected by ISO still produce important science results.

The SSW instrument on ISO, which produced the final result, analysed radiation in the 2.4 to 45 micron band. It provided valuable information about the little known chemistry of the Universe, since many molecules emit light in the infrared range. The SWS was also able to study the physical conditions of those chemical constituents, such as temperature and density.

ISO was switched off six days later and its orbit was changed to force the satellite to burn up in the atmosphere, contributing to preserving the environment in space.

1900: On 10 May 1900, Cecilia Helena Payne-Gaposchkin was born. An English-born astronomer, she was the first to apply laws of atomic physics to the study of the temperature and density of stellar bodies, and the first to conclude that hydrogen and helium are the two most common elements in the Universe.

During the 1920s, the accepted explanation of the Sun's composition was a calculation of around 65% iron and 35% hydrogen. In her doctoral thesis (1925), Payne claimed that the Sun's spectrum was consistent with another solution: 99% hydrogen with helium, and just 1% iron. She had difficulty persuading her superiors to take her work seriously. It was another 20 years before Payne's original claim was confirmed, by fellow astronomer Fred Hoyle.