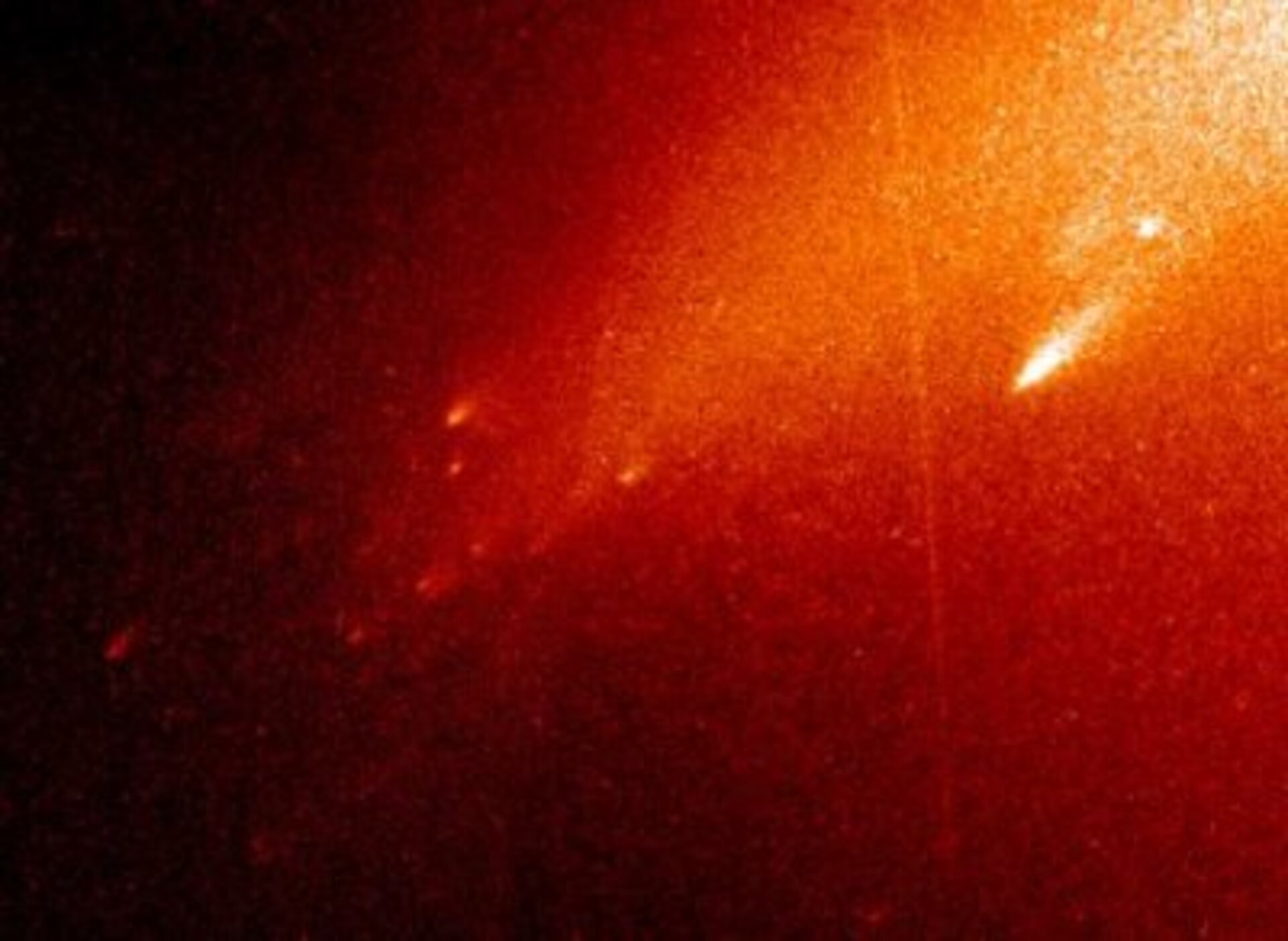 On 28 July, Spain’s Instituto de Astrofisica de Canarias reported that an ordinary-looking comet was breaking up and some of the world’s top telescopes watched its subsequent disintegration till nothing was left. The SWAN instrument on ESA's SOHO spacecraft had already been observing Comet Linear by ultraviolet light for two months, and continued to watch it till the remnants faded from view in mid-August.

The fragmentation seen by SWAN began on 21 July, almost a week before observers on the ground noticed it. Between 25 May and 12 August, the dying comet released altogether 3.3 million tonnes of water vapour into space, as its ice evaporated in the warmth of the Sun.