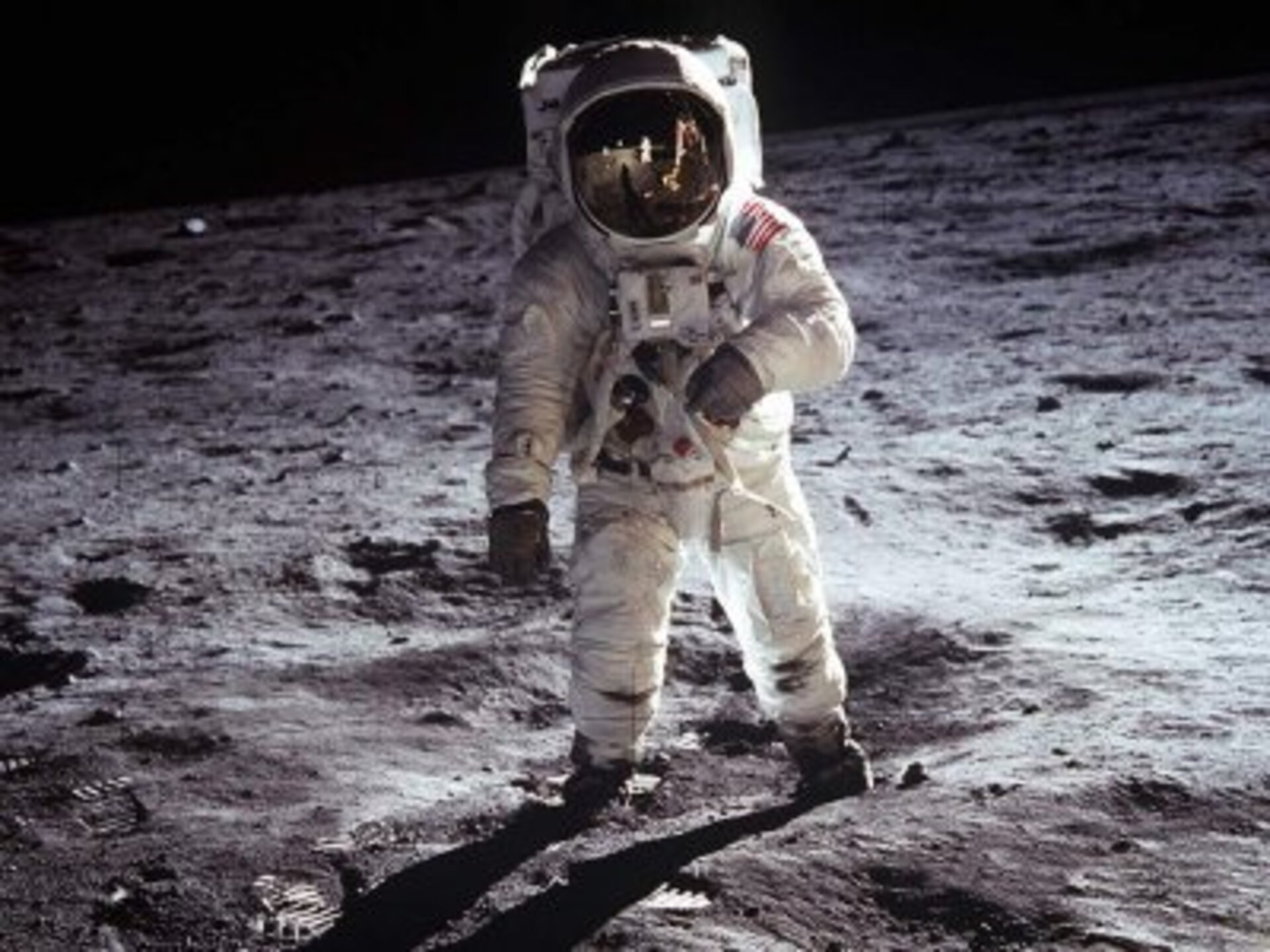 As Commander of the Apollo 11 mission, he stepped from the Lunar Module 'Eagle' on to the surface of the Moon at 22:56 EDT, with over 500 000 million people from all around the world watching the event live on television. Lunar Module Pilot Edwin Aldrin joined him later and they explored the surface for two and a half hours, collecting samples and taking photographs. Command Module Pilot Michael Collins orbited overhead in the Apollo spacecraft 'Columbia'.