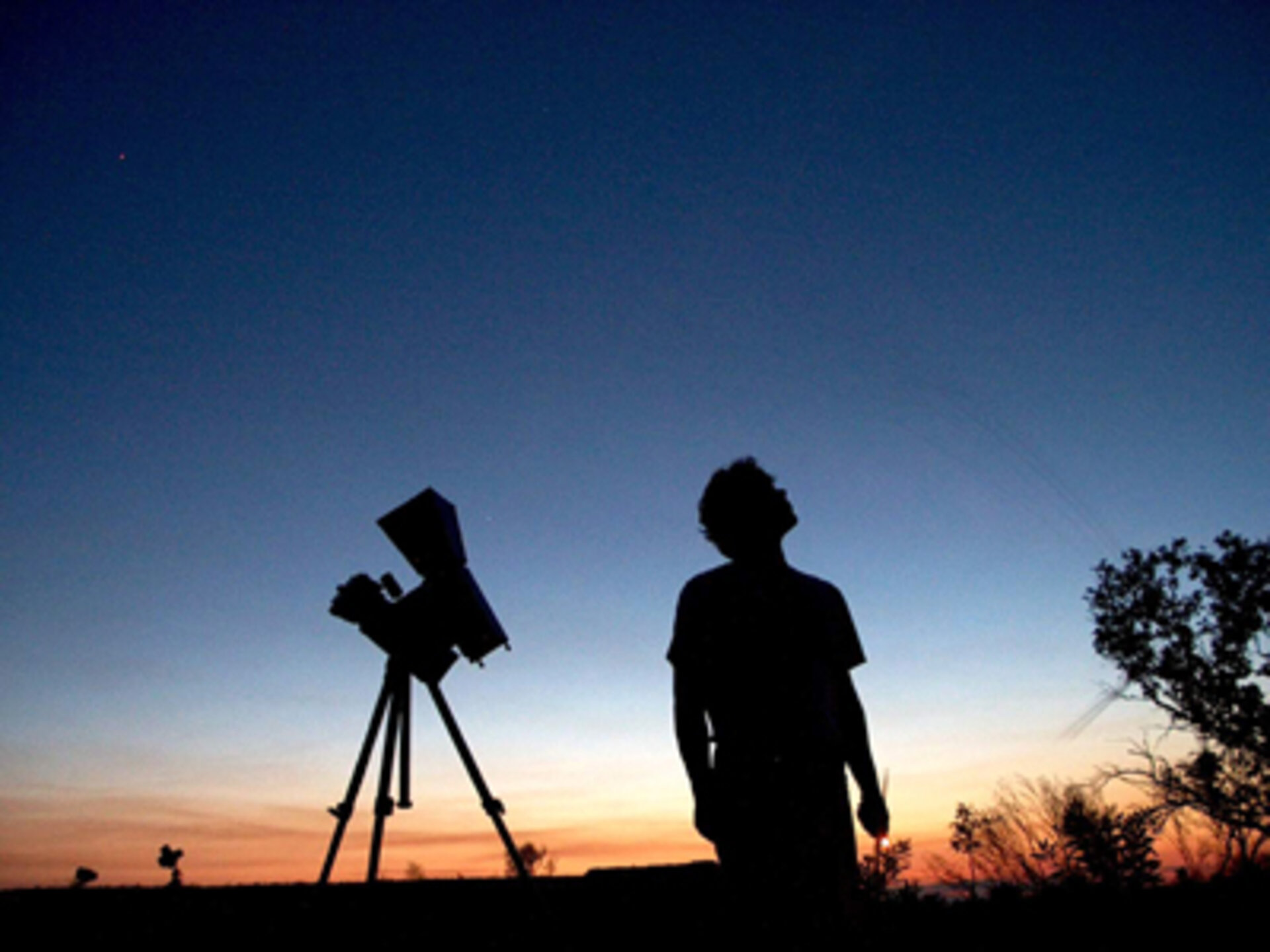 A fantastic, free light show occurred in the morning of Wednesday, 13 August 2003, in the form of the Perseid meteor shower!

This impressive set of shooting stars appears in the skies every year from around 23 July to 22 August, with its peak on 13 August. First recorded as long ago as 36 AD, the Perseids are also known as 'the tears of St. Lawrence' after the Roman martyr.

Typically, you can see this phenomenon with the naked eye, with a shooting star appearing every minute until about 03.00 CET on Wednesday morning. You may also see meteors a few days before or after this time.

However, this year the Moon will be full near the Perseid's maximum, which will reduce observed rates by a factor of three or so. It will not be until around 2007 when the Moon's phase is more favourable than that of last year.

Meteor showers occur when the Earth passes through the trail of debris often left behind by a comet. By studying meteor showers, scientists can learn more about cometary debris, but ESA is going a step further with its Rosetta comet-chasing mission which will examine a comet at close range.

Comets are considered to be the primitive building blocks of the Solar System, and the Rosetta mission could help us to understand if life on Earth began with the help of 'comet seeding'.

The meteors we see are actually tiny bits of comet debris, most of which are only as big as a grain of sand, so they do not pose a threat to us. However, they do provide a spectacular light show as they vaporise on entering the Earth's atmosphere. This particular shower is named after the Perseus constellation because the shooting stars can appear to start there, but the material was actually shed by the Comet Swift-Tuttle.

To get the best view of the light show, get as far away from city lights as you can since these affect your ability to see the meteor shower.

Make sure that you are comfortable - gazing at the sky for hours can cause neck strain. Find a reclining garden chair or lay out a blanket on the ground. The meteors can appear in any part of the sky, so make sure that you have as wide a view of it as possible.

However, if poor weather prevents you seeing this spectacular show, or you simply cannot stay awake that long, do not give up. You have a chance to view another set of shooting stars in November 2003 when the Leonid meteor shower comes our way. In the third week of November, the Leonids will appear - though 2002 was supposed to be their last big show for the next 30 years.

The Leonids are the leftovers from Comet 55P/Tempel-Tuttle, and ESA scientists regularly conduct intense observation campaigns of these to understand more about comets and cometary debris.