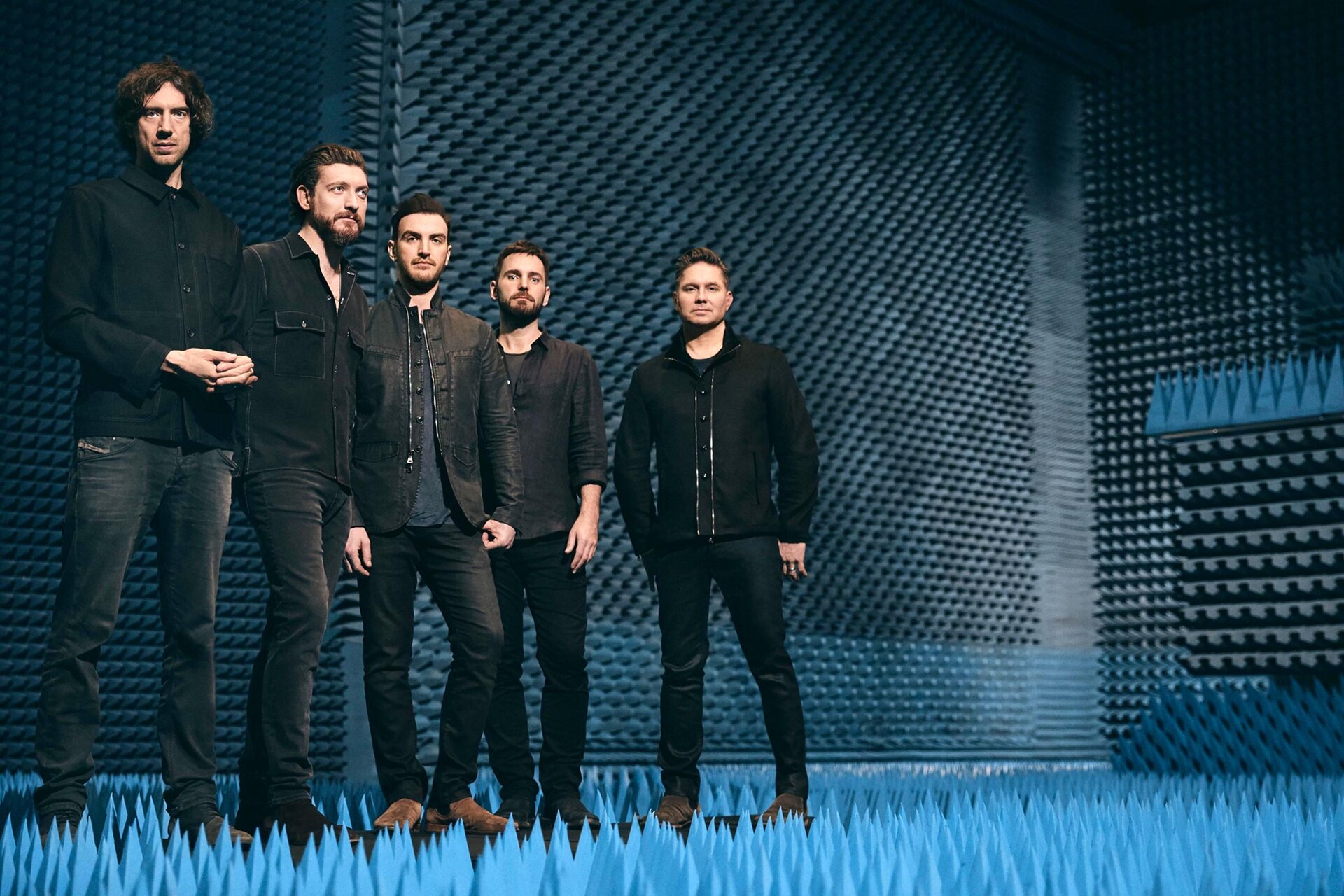 This is the first album from the Northern Irish band in seven years, and features a ‘spacey’ theme, from the astronaut on the cover to the symbolism in one of the first singles from this album, Life On Earth.

In fact, Snow Patrol have such an interest in space that not only did they request to film the video for their song Life On Earth at ESA’s ESTEC facility in Noordwijk, but also they wanted to take advantage of the unique locations to shoot the photography for their album artwork and publicity campaign there too.

Over two days in February, the band and their management team were hosted by staff from ESTEC’s technical laboratories. These included the Hertz antenna test chamber, the Life, Physical Sciences and Life Support lab and the Large European Acoustic Facility.

They also filmed inside a full-scale mock-up of Europe’s Columbus laboratory and Soyuz interiors at ESA’s visitor centre Space Expo nearby.

Images of the band at ESTEC were subsequently featured in music industry magazines and web sites, including Rolling Stone and New Musical Express (NME), in the run up the release of the album in May.

Gary Lightbody, lead singer of Snow Patrol said, “After we worked with British ESA astronaut Tim Peake in 2016 on his #spacerocks campaign, filming a video set in space was a no-brainer. Where else could we go to film real space stuff but the European Space Agency?

"Their facilities at ESTEC in the Netherlands gave us one of the best locations, all hi-tech and very atmospheric. They're working on some incredible and fascinating projects there.

"The video Life on Earth shows an astronaut on the Space Station, who's been sent up on a long mission and realises that he's missing all the important stages of family life while he's in space.

"It's an appreciation of how tough spaceflight can be on the lives of those who are chosen to go, but also about the problems we all face on Earth at some point.”

Check out the video for Life on Earth on the band's YouTube channel.

You can also take a voyage through space with us and see the Snow Patrol video locations during our ESA Open Day in the Netherlands, 7 October.