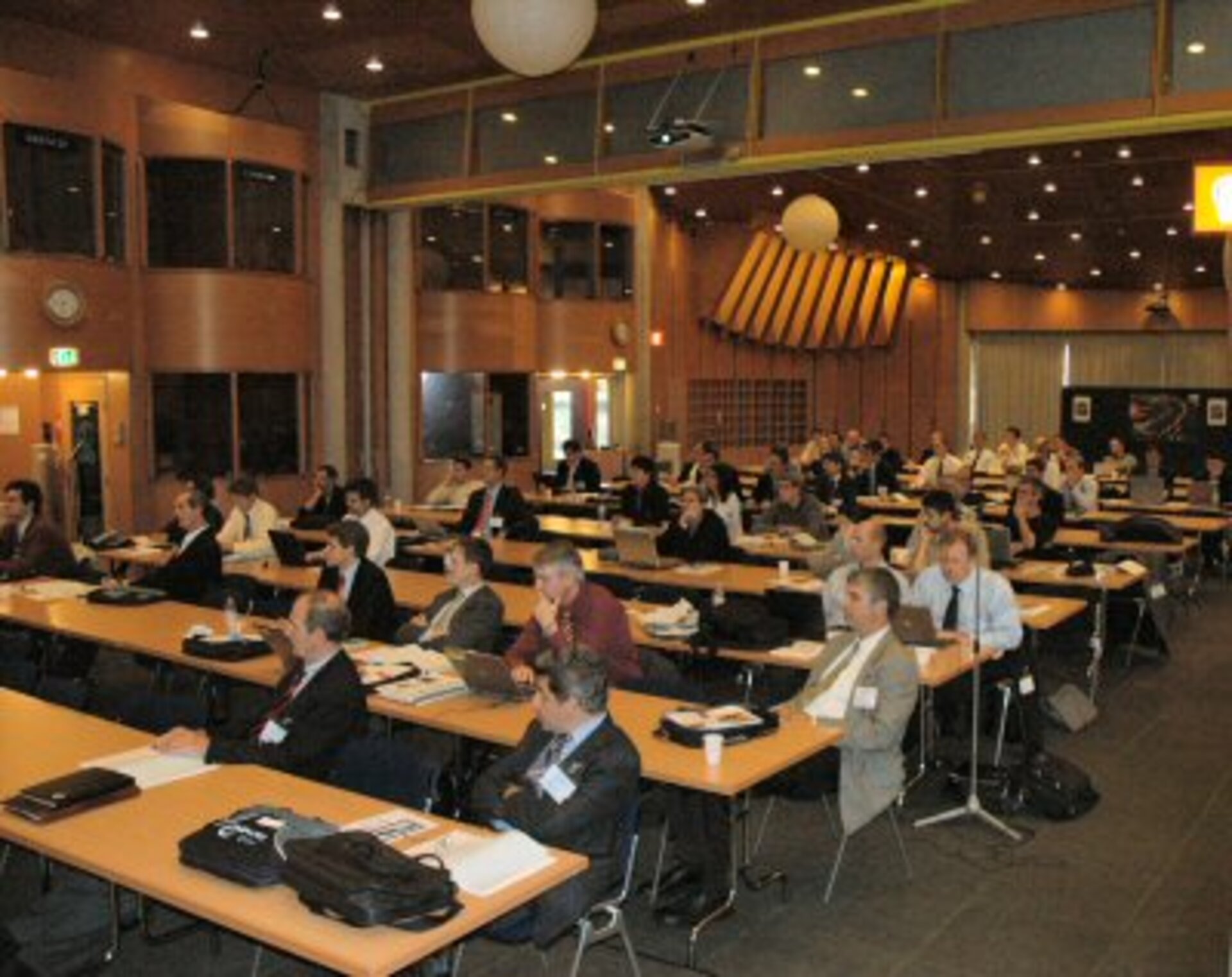 The second Concurrent Engineering (CE) for Space Applications workshop took place at ESTEC on the 19-20 October 2006. The workshop was organised following the success of the 2004 workshop and the continuing growth and importance of CE in space engineering.

The workshop was well attended by over 100 representatives of industry, universities and agencies from around Europe, as well as attendees from as far afield as Australia and America.

The opening address was performed by the ESTEC Director Michel Courtois who had also opened the 2004 workshop. His address recognised the growing use of CE throughout the space industry and asked the question as to whether CE can be applied to later phases of the life-cycle of space projects.

The five topics were interspersed by four keynote speeches; the first given by M. Pallot (ESoCE-NET-F) on ’Concurrent Innovation‘ and the second given by I. Laso (EC-B) titled ‘Towards collaborative systems empowering and motivating people to work together’, on day one of the workshop. The speeches by R. Smyth (Airbus-F) and E. Fricke (BMW-D) entitled respectively ’Standards and their implementation for methods and tools in collaborative systems development and the integration processes‘ and ’A view on concurrent systems engineering from an automotive perspective‘, were given on day two.

With 16 presentations on the first day and 15 on the second there was a degree of pressure to not overrun and most presenters kept within their allotted time thereby allowing time for questions.

The first day ended with a social event during which Massimo Bandecchi (organiser of the workshop) humorously presented the prize for the best paper from the 2004 workshop to C.M. Paccagnini (AAS-I).

The evening was a perfect opportunity to discuss the wide scope of presentations of the day ranging from details of the latest concurrent design facilities and tools to the fascinating use of CE by the Victorian Space Science Education Centre in Melbourne (Australia) to design curricula for secondary and high schools.

The following comments were used to describe the workshop and the ideas and desires around CE.

"This unique ESA Concurrent Engineering workshop facilitates discussions between the most advanced teams in the world, in a collaborative and forward thinking way." Kjell A. Bengtsson - Senior Vice President - Jotne EPM Technology

"Collaborative engineering is the way we have to work to secure the future of our technical product. We need to be supported by the architects who manage and direct the concurrent engineering from the users to the customers."

Day two started early with a presentation by M. Bandecchi (ESA/ESTEC), on the CDF vision of the way forward. This included the new concepts of iCDF (a CDF accessible from a remote location via the Internet) and a new concept of Engineering Design Model Data Exchange based on open standards, to be used by the whole space community.

The day ended with an open discussion on the workshop, followed by a guided visit to the CDF.

The initial feedback on the workshop was that it was very valuable and the idea to have such a workshop every two years to allow the free exchange of information and current practices was to be applauded.

The following quotes, collected at the end of the workshop show how the event was received:

"I think the CDF is a very interesting approach, also for the automotive industry for conceptual work." Ernst Fricke - Head of System Engineering - BMW

"The fact that we had people coming from different industrial areas other than space added a lot to the workshop." Franco Ongaro - ESA/HQ

"This conference supports the most focused discussion of concurrent engineering for aerospace that I know of." Paul DeFlorio - Project Design Centre Manager - JPL

"This was a very good event and I very much appreciate the open standard and the open attitude the CDF has taken to industry and international partners." Hans Stower - President INCOSE