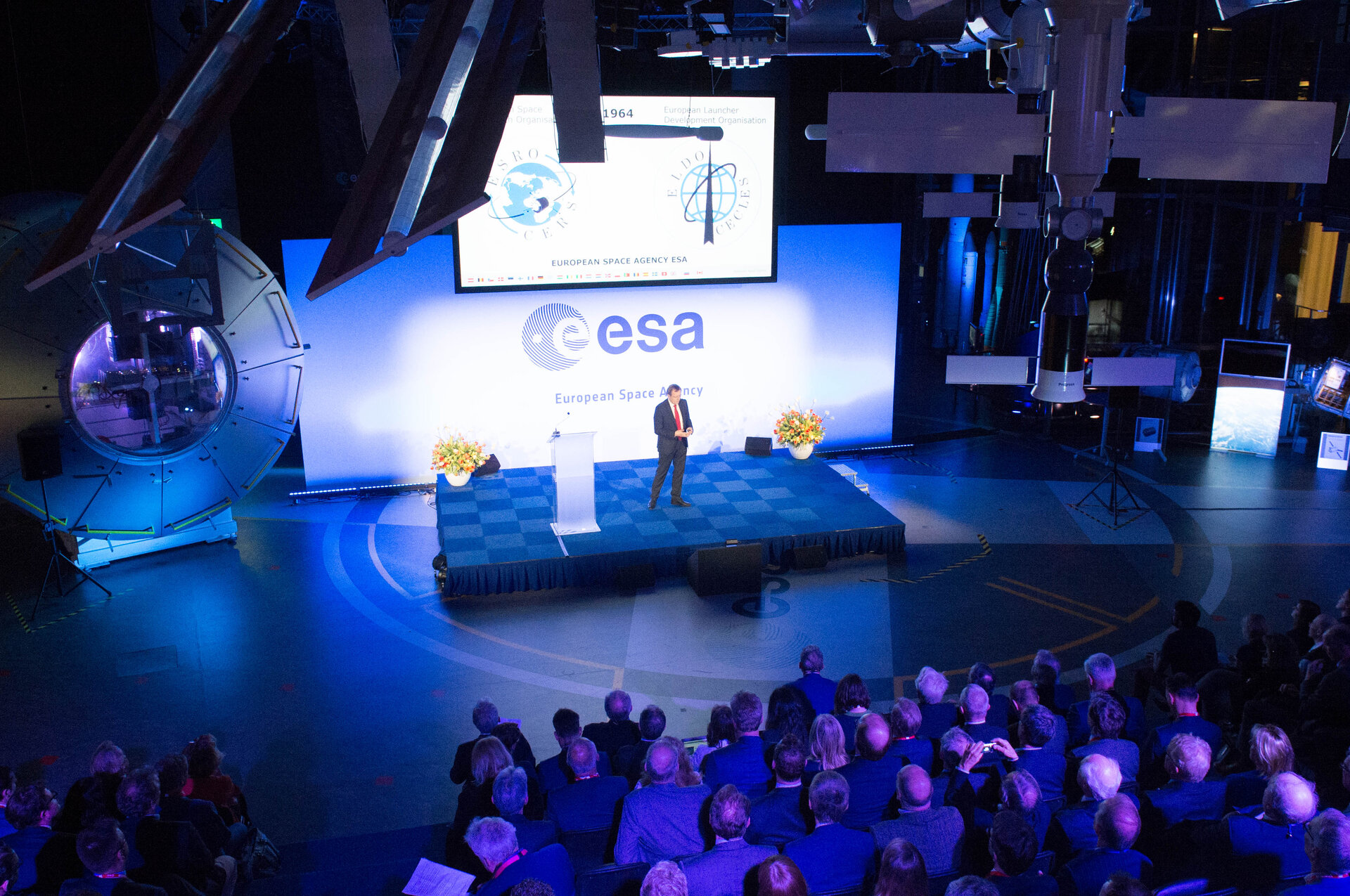 This week ESA celebrated the 50th anniversary of the inauguration of the European Space Technology and Research Centre, ESTEC.

Five decades on and dozens more missions later, ESTEC is our technical heart – the incubator of the European space effort – where most ESA projects are born and where they are guided through the various phases of development.

On 3 April, the anniversary of the royal inauguration was marked with an event attended by Mona Keijzer, Dutch State Secretary for Economic Affairs and Climate, and Jan Rijpstra, Mayor of Noordwijk.

The event was introduced by ESA astronaut André Kuipers, who recalled ESTEC as the place he began his space career, “This beautiful, magical place behind the dunes!”

André was joined by ESA Director General Jan Wörner, who emphasised that today’s space sector was facing new challenges and involving many new actors compared to 50 years ago, but that the spirit of cooperation embodied in the 1975 ESA Convention, unchanged since the Agency’s founding, represented an excellent basis for going forward: “The flags of Europe fly together at ESTEC.”

Former ESA Director General Jean-Jacques Dordain also shared his own memories of ESTEC across three decades, while the Head of ESTEC Franco Ongaro explained how the establishment has always evolved with its assigned duties, so that the latest building on the site is devoted to ESA’s Galileo team, developing Europe’s own satnav service.

He recounted efforts to ‘make ESTEC less of a mystery’ by forging links with companies and institutions across the Netherlands, as well as resuming annual Open Days.

Ms Keijzer shared this vision of space as an economic driver, and stressed her government’s continued support for ESTEC and ESA.

The event was rounded off with a presentation by ESA Young Graduate Trainees of what the next 50 years might hold, touching on interstellar travel, artificial intelligence and bases on the Moon and Mars.

The 50-year celebrations of ESA sites around Europe began in 2017 with the European Space Operations Centre (ESOC) in Germany and continue this year with ESEC (formerly Redu) in Belgium and ESA’s centre for Earth observation ESRIN in Italy.

See more images from this event in our ESA Flickr album here.