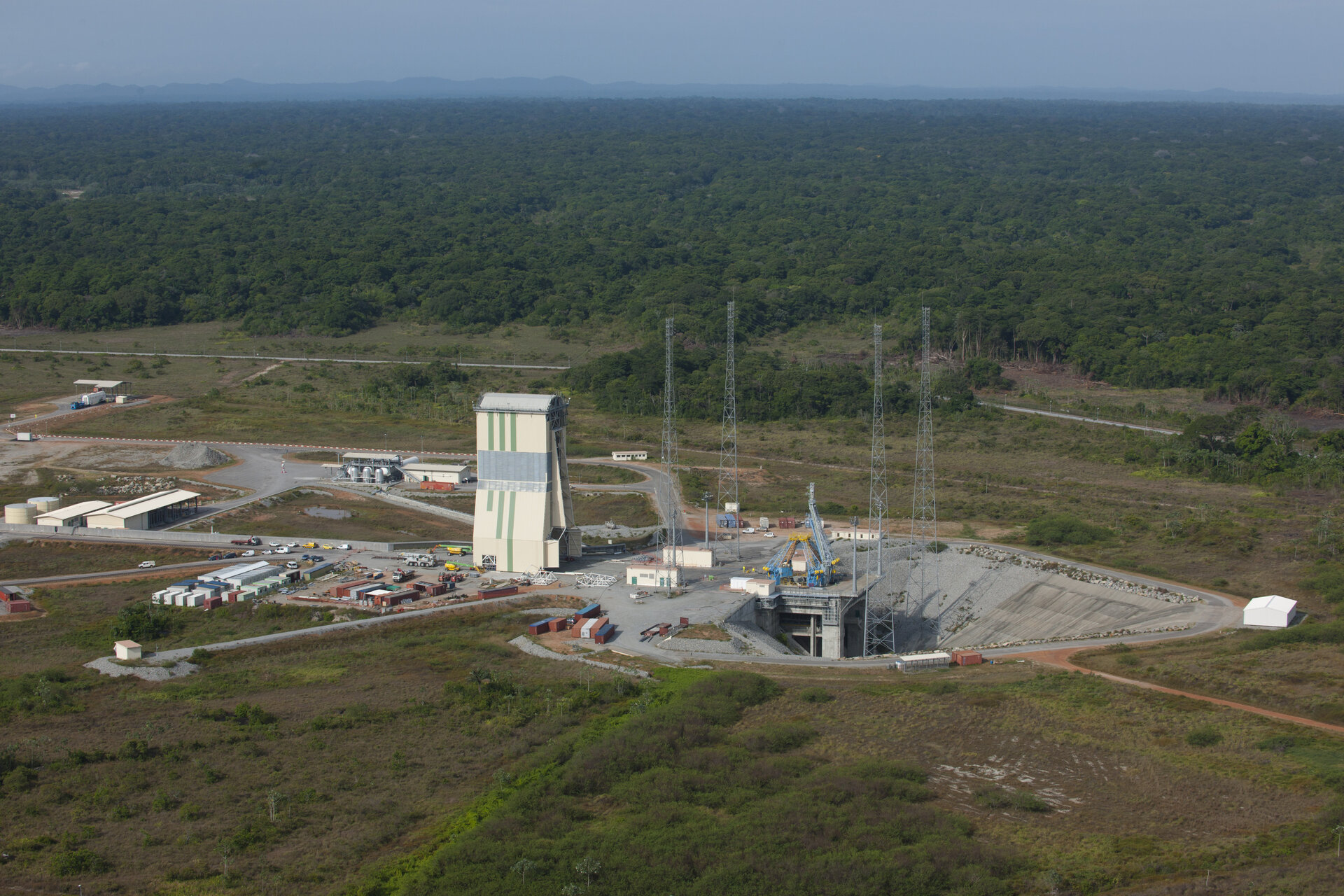 On 21 October 2011, the first pair of Galileo navigation satellites was launched by a Russian-built Soyuz rocket from Europe’s Spaceport in French Guiana.

The introduction of Russia’s Soyuz 2 rocket to Europe’s Spaceport was a milestone of strategic cooperation in the space transportation sector between Europe and the Russian Federation, and an exciting new opportunity for ESA.

ESA’s Ariane 5 rocket at the Spaceport met all requirements for launching large satellites, while ESA’s Vega rocket – still under development at that time – would serve the small satellite market. It was found that the reliable Russian Soyuz would consolidate European access to space for medium-sized satellites, thereby complementing the ESA developed launch vehicles, Ariane 5 and Vega, increasing the flexibility of launch services from Europe’s Spaceport.

Russia’s space programme, meanwhile, would receive additional income through the launch of satellites and spacecraft from one of the world’s most attractive and best-placed launch sites, Europe's Spaceport in French Guiana.

Europe’s Spaceport is located five degrees north of the equator enabling a wide range of missions launched eastwards to northwards. Rockets launched here benefit from the ‘slingshot effect’, because of the speed of Earth’s rotation when launched eastwards. This substantially improves the performance of the Soyuz rocket for launches from French Guiana compared to launches from the historic Baikonur cosmodrome.

In 2003, the ESA Ministerial Council in Paris approved the proposal to operate Soyuz from Europe’s Spaceport. Seven Member States participated in the ESA programme (Austria, Belgium, France, Germany, Italy, Spain, Switzerland), with further contributions from the European Union and Arianespace . This would cover both construction of the launch complex as well the adaptation of the Soyuz vehicle to enable it to operate from French Guiana.

In February 2007, construction of a launch site for Soyuz some 13 km northwest of the Ariane launch complexes started at Europe’s Spaceport. Russian staff arrived in French Guiana in mid-2008 to assemble the launch table, mobile gantry, fuelling systems and test benches.

Most of the Soyuz launcher-dedicated installations were like those of Baikonur and minimal modifications had to be made to the Kourou versions of the vehicle, Soyuz-STA and Soyuz-STB, to preserve the overall coherence within Europe’s Spaceport, conform to the safety regulations in force and to deal with environmental conditions.

The main change made by Europe’s Spaceport to the operational procedures developed in Baikonur was the integration process, with the introduction of a mobile gantry protecting the rocket from the weather in the lead up to launch and enabling vertical integration of the upper composite.

The launch vehicle components for this inaugural flight were transported from St Petersburg to French Guiana by ship in November 2009 for the first simulated launch campaign in April and May 2011.

The construction of the Soyuz launch site was officially completed on 7 May 2011 and Europe’s Spaceport was ready for the first Soyuz liftoff from French Guiana.

To date there have been 25 Soyuz launches from Europe’s Spaceport. Notable missions include ESA science, Earth observation and navigation satellites such as Gaia, Cheops, Sentinel-1 and Galileo satellites.

The next Soyuz mission from Europe’s Spaceport is planned for November and will carry the latest pair of Galileo satellites to a 23 222 km altitude medium-Earth orbit. These satellites will add to the 26-satellite Galileo constellation already in orbit and delivering Initial Services around the globe.