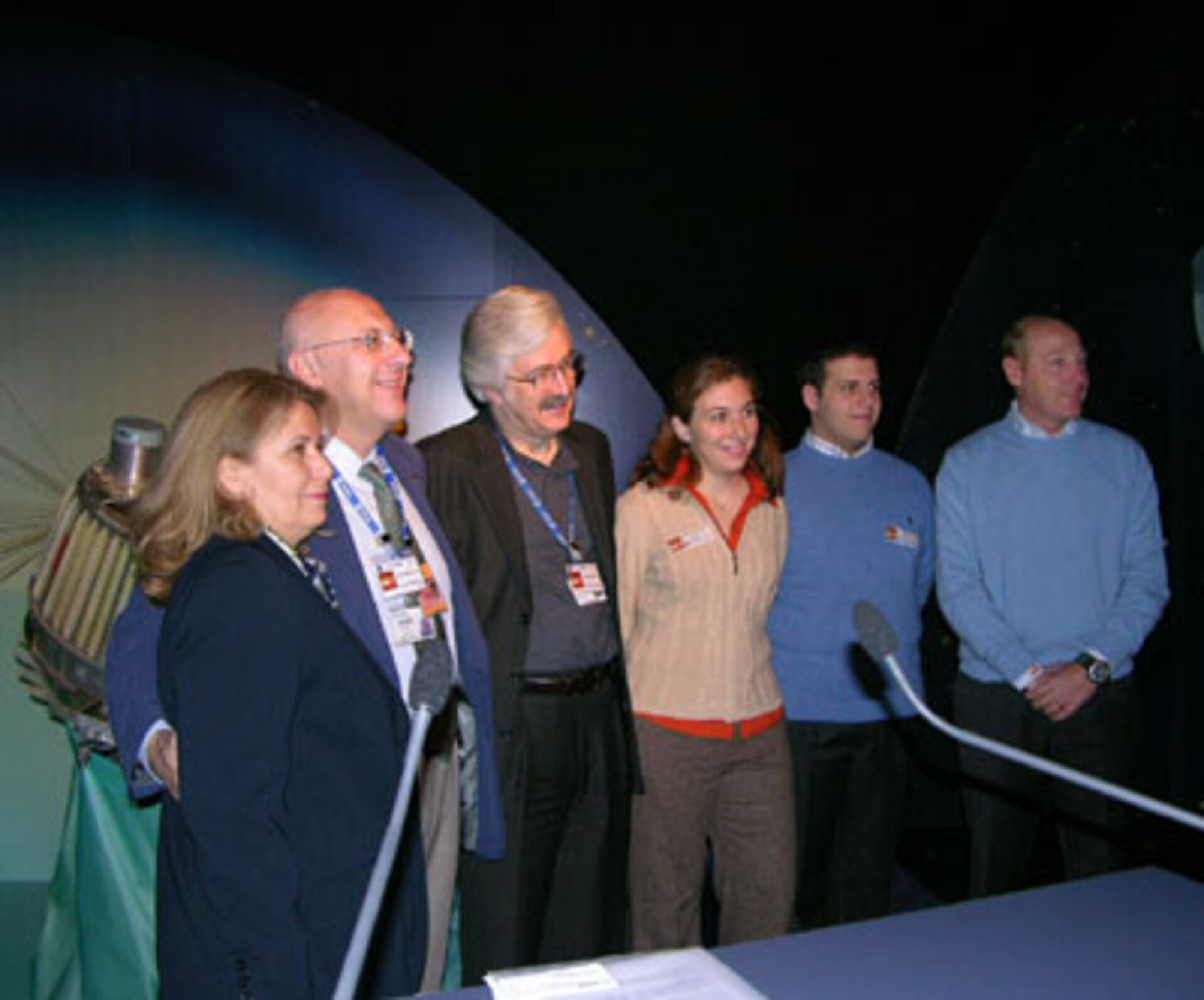 Media interest in Huygens' descent to Titan is intense, and major European, US and international TV & news services are converging at ESOC today out of 200-plus media and press organizations that have registered.

By 13:55 CET, Google News displayed over 300 results for "Huygens" created just in the past 7 hours.

"Now it's happened," says Michael Khan, mission analyst at the European Space Agency's Operations Centre (ESOC). "Whatever will take place, has taken place." Khan explained that mission controllers at ESOC will not know the results of Huygens' entry for several more hours, until after the descent is complete and Cassini has transmitted the collected data 1 250 million kilometres back to Earth.

"Media interest is crazy," said Khan, speaking just after several impromptu interviews with overseas TV crews. He said most of the journalists' questions relate to how Huygens' staff, engineers and scientists feel as their mission comes to fruition. "Some people have worked on this mission for over a decade," says Khan. "People understand the importance of this mission."