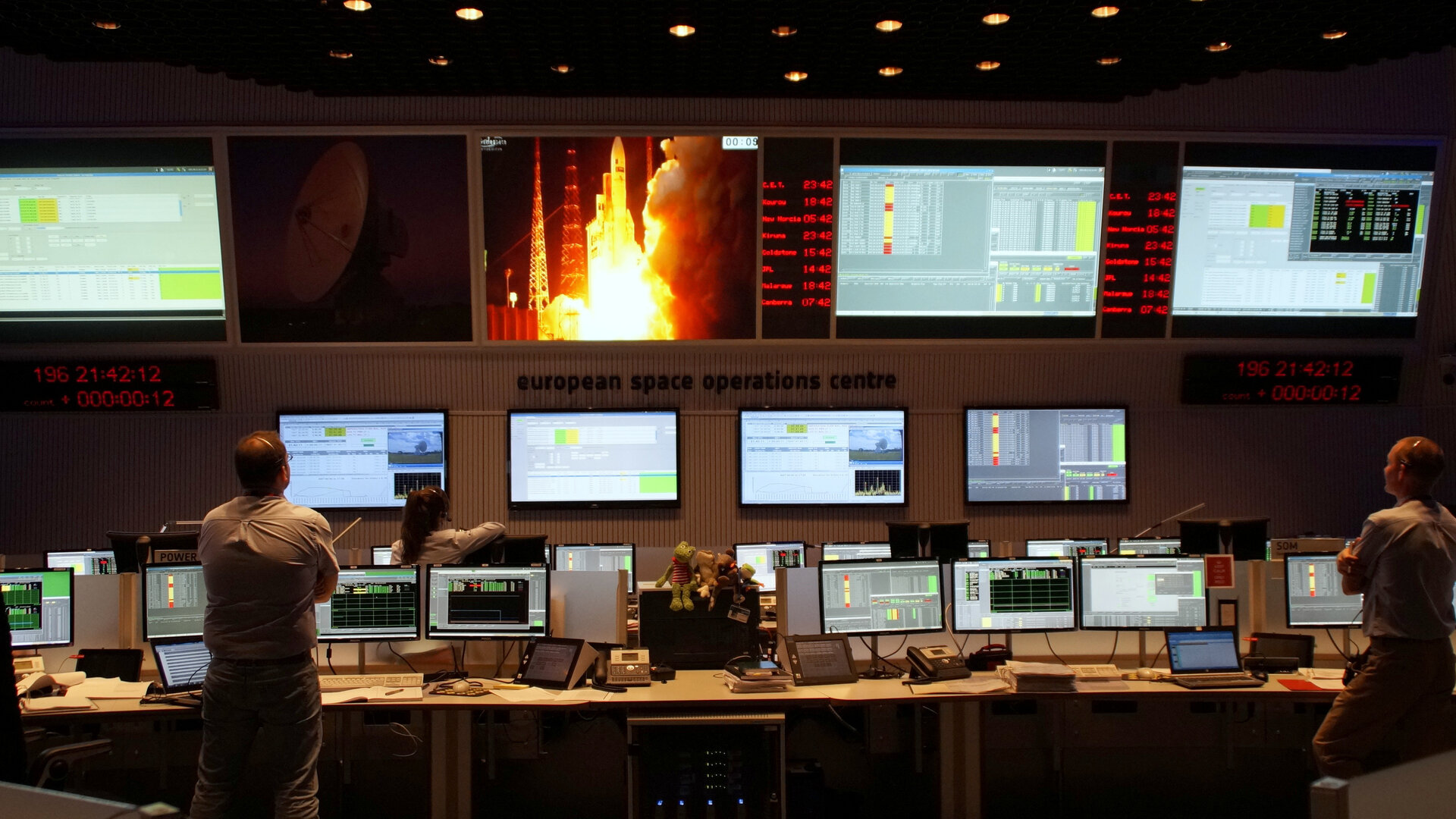 With just minutes to go before launch and the start of LEOP, the launch and early orbit phase, the atmosphere in ESOC’s Main Control Room becomes tense. Engineers watch their screens intently, waiting for the moment when years of preparation come to fruition. From the Launch Control Centre, a voice on the intercom loop starts reading the countdown: 10, 9, 8, 7…

Tension in the Main Control Room

With the Mission Control Team at ESOC watching intently as the clock counts down the final minutes then seconds before liftoff, engineers at the Launch Control Centre prepare to execute the automated sequence that will ignite the booster’s powerful rocket engines.

Europe’s Spaceport in Kourou is home to the Ariane 5 heavy lift launcher as well as the Soyuz and Vega vehicles. Each have their own characteristic sequence of activities that must happen during the final steps in countdown.

In addition to Kourou, ESA missions are launched from several centres operated by external launch service providers or partner agencies. These include Baikonur, in Kazakhstan, and Plesetsk, in Russia.

Already, the ESOC teams will have watched via video feeds (or monitored activities via the voice loop) as final fuelling was completed, gantries are rolled out of the way and the launch pad area is cleared. Engineers periodically confirm readiness to assume control of the satellite, and conduct health checks via umbilical data links to the satellite, which will be dropped just prior to liftoff.

During the final hours before lift-off, a complex series of steps take place at the launch centre: telemetry and final configuration commands are transferred to the launcher, the engines are heated and cooled to proper operating temperatures and the fuel system is pressurised. 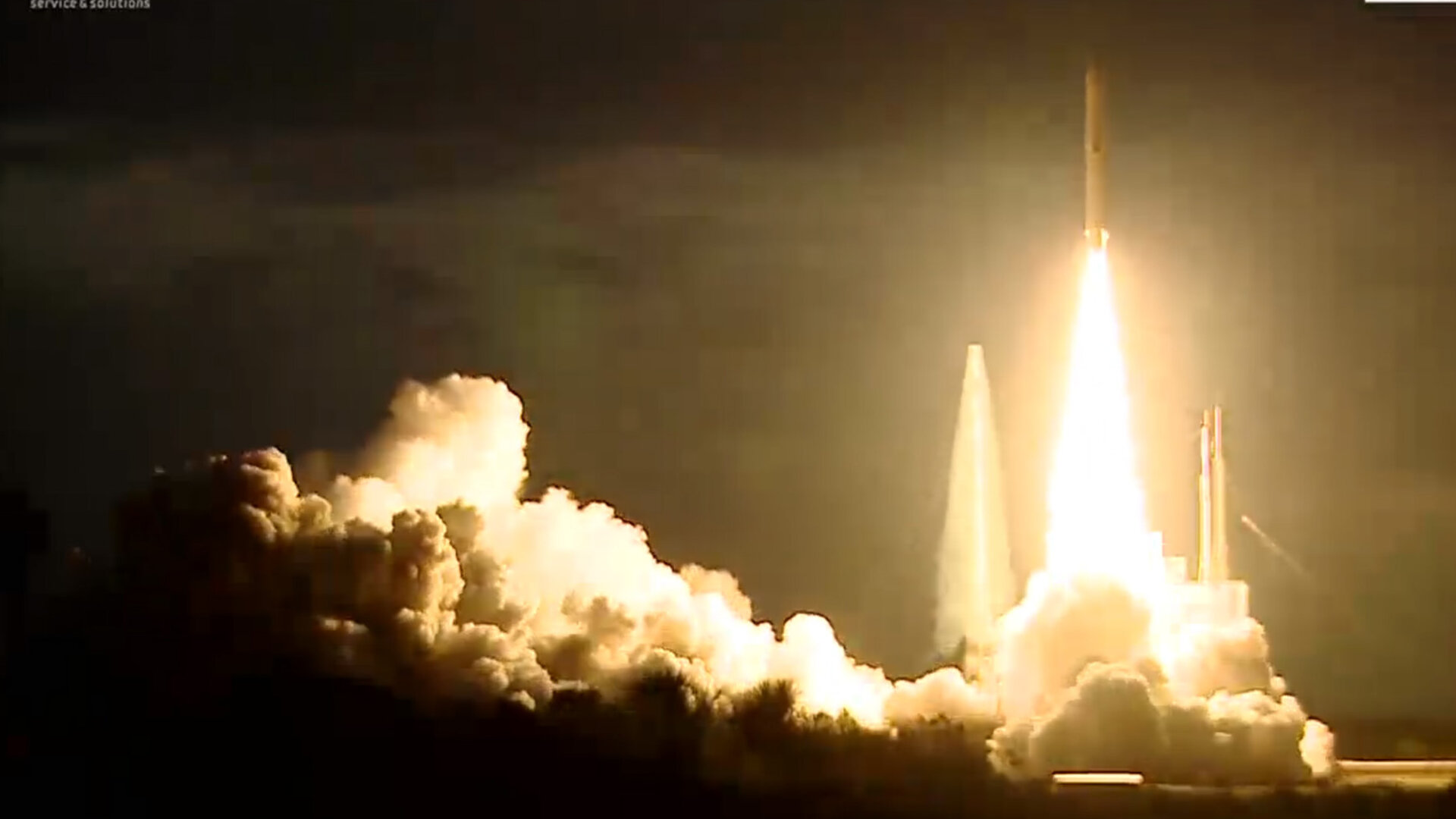 The automated sequence – managed by computers as human intervention becomes impossible given the very short times in which certain actions must occur – begins just minutes before L0. This sequence commands certain crucial actions at the right time and in the right order.

These include final pressurisation of fuel tanks, switching the launcher to internal battery power and initialising the guidance and navigation system, which is set to ‘inertial guidance’ so that the vehicle can navigate its own path to orbit.

For Ariane, the ignition sequence starts about 30 seconds before lift-off. Six seconds before ignition, control is handed over to the launch vehicle’s computers and at L0 the Vulcain 2 main engine roars into life, closely monitored by the Ariane computers. 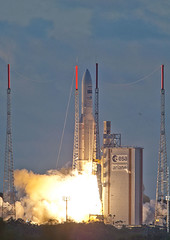 When the second hand ticks down to L0 – the moment of liftoff and the start of the mission lifetime clock – the Ariane main engine roars to life and attains full power within seven seconds. The twin solid rocket boosters then ignite and half a second later, the vehicle lifts off, rising majestically above the launch pad, steadily gaining speed and altitude.

Typically, Ariane will climb vertically for the first 12 seconds of flight before making a roll and pitch manoeuvre to line itself up along a precisely planned ascent trajectory as it climbs across the Atlantic Ocean. Just 220 seconds into flight, the aerodynamic fairing is jettisoned, because at that point the rocket is above 100km altitude above most of the atmosphere and is now travelling in space.

For near-Earth missions, depending on the desired orbit, the spacecraft will separate from the upper stage and attained orbit within just 30 minutes. For missions to higher orbits – to geostationary, Lagrange or interplanetary destinations – one or more upper stages will also have to perform burns, and separation from the launcher may occur 1.5 to 2 hours (or longer) after liftoff. 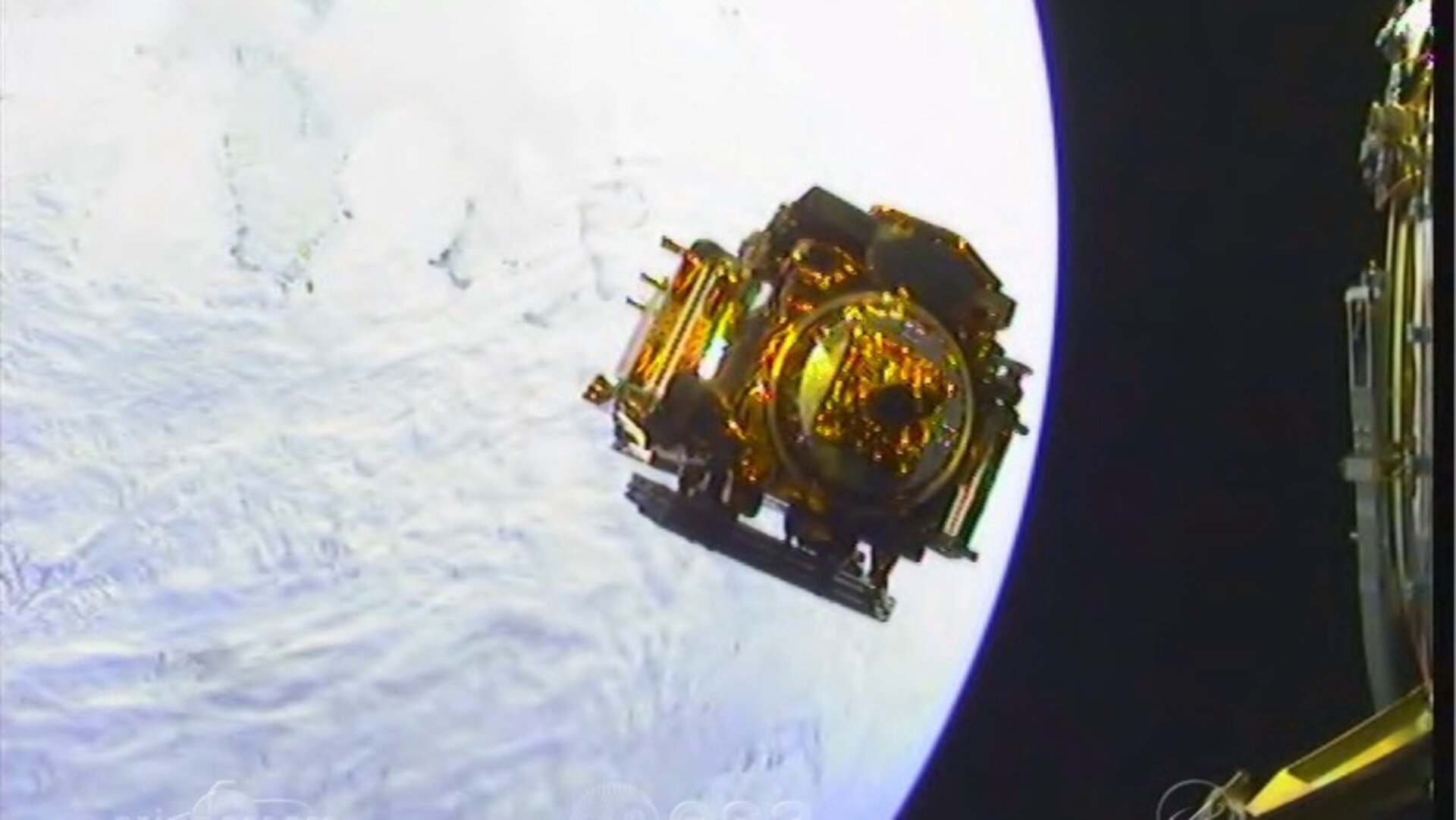 Upon separation, the spacecraft will initiate its own automated sequence of activities; these include:

The teams in the MCR at ESOC assume control of the mission the moment the ground station receives the first radio signal from space, following the on-board activation of the transmitter, establishing continuous contact with the satellite.

The moment of suspense is called ‘AOS’ – engineer-speak for ‘acquisition of signal’. Success means that the Mission Control System has established contact via the ground station with the spacecraft, and telemetry data are flowing to Earth.

All eyes in the MCR will be on the Ground Operations Manager (GOM), who will be watching for the first indication that a signal has been detected. When the signal is seen, the GOM often simply gives a modest ‘thumbs up’; the team cheers: months of hard work have come to fruition and the mission’s alive!

The Ground Operations Manager in the MCR has a crucial function during launch. If the satellite’s signal is not acquired by the tracking station as expected, the GOM executes a pre-programmed ‘sky search’ using ESA or partner ground stations to search for the satellite along its planned track in the sky. This is usually sufficient to acquire the signal if the satellite was injected into an orbit different than expected.

During LEOP, the Mission Control Team staffs the MCR 24 hrs/day, overseeing a critical series of initial actions designed to bring the satellite into a stable operational mode, move it into its correct final orbit and fully check out the health and function of all systems.

Up to a half dozen ground stations operated by ESA or by partner networks are called in to support communications during LEOP, providing extra telecommanding ‘passes’, time slots when the satellite is in view of a single station. This provides mission controllers extra flexibility when complex command stacks must be sent up or additional software must be uploaded to troubleshoot any problems that may be found.

LEOP is also the first time that the mission operations team gets to work with the satellite in the real environment of space; despite the best preparations, unforeseen problems and challenges often arise that must be solved in real time by teams working and thinking on their feet.

Typically, LEOP lasts three to fourteen days, and ends when the spacecraft is correctly oriented in a stable orbit, and all systems are in nominal configuration and functioning as expected.

Mission control is then moved to the Dedicated Control Room (DCR), from which the in-flight commissioning phase is conducted, lasting several weeks to months, depending on the mission. Once all systems and payloads have been successfully activated and commissioned, the routine mission phase can start.

For interplanetary or Lagrange missions, the routine phase will however not begin until after a complex Cruise Phase and Orbit Entry manoeuvre, which may mean that routine operations only start months (or even years) after launch.

ERS-1, the first European Earth mission to use radar observation, had an expected lifetime of two years when launched on 17 July 1991. It actually lasted until 10 March 2000, far exceeding its expected lifespan

After LEOP, the extended Mission Control Team disperses, with many of the extra specialists and engineers allocated months earlier at the start of the launch campaign returning to other missions and other duties.

What’s left behind is the Flight Control Team – the SOM plus the Spacecraft Operations Engineers – and this is the team that takes over responsibility for the mission during the Routine Phase, which can last anywhere from several years to several decades.