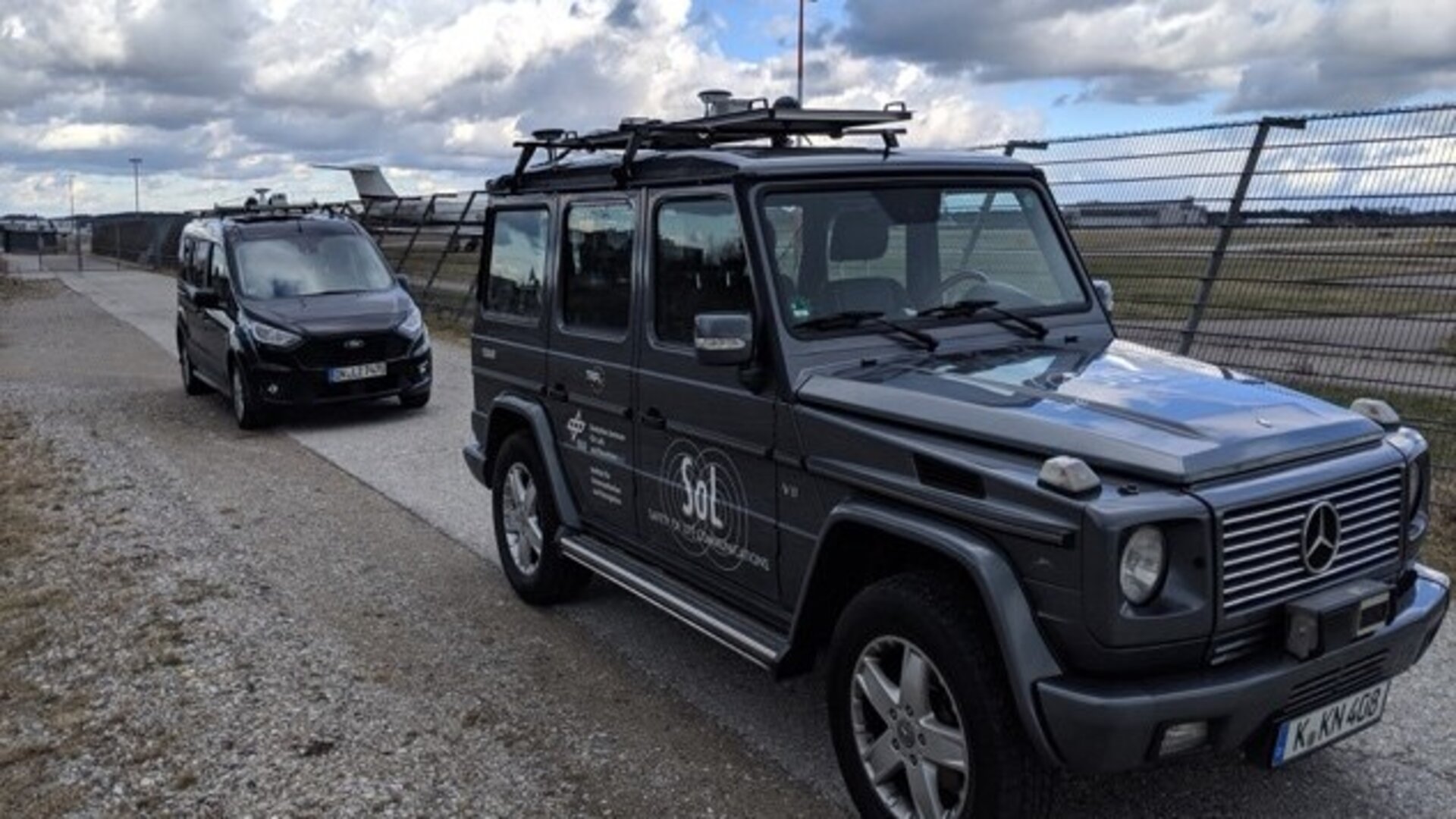 A pair of testbed vehicles went out on the road in Germany to simulate the way we are all likely to be using 5G positioning services in the future. The field test focused on assessing the performance of highly-precise ‘hybrid’ satellite/terrestrial positioning for autonomous vehicles, drones, smart cities and the Internet of Things.

The two vehicles were driven for a week around Munich and the surrounding area in a variety of environments, from the open sky terrain surrounding the German Aerospace Center DLR’s site in Oberpfaffenhofen to the deep urban canyons of the city’s dense Maxverstadt district. 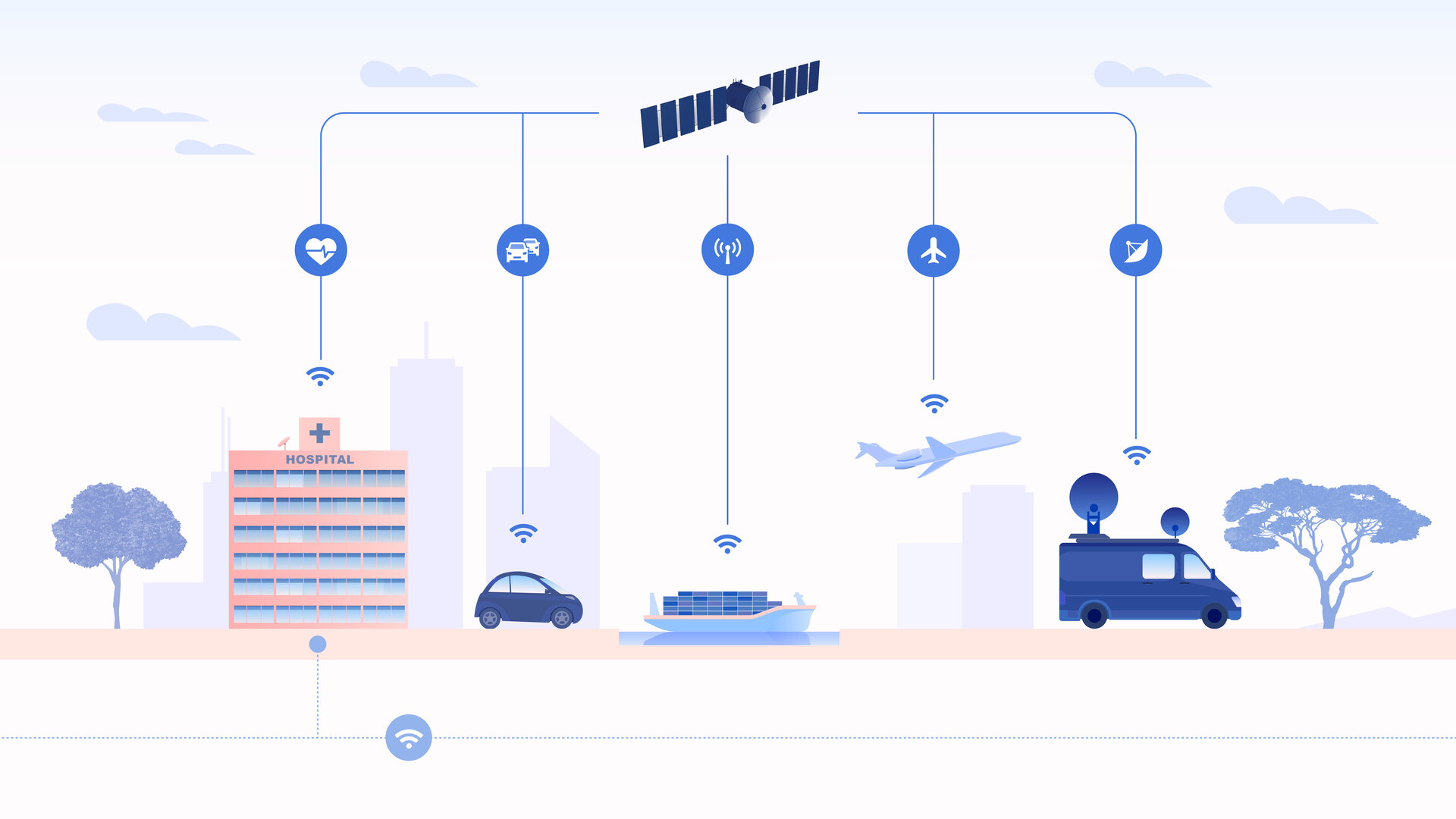 Space's part in the 5G revolution
Access the video

As they drove they combined a broad range of on-board systems – including multi-constellation satellite navigation (combining Europe’s Galileo, the US GPS, Russian Glonass and Chinese BeiDou), incorporating localised high-accuracy correction, and Long-Term Evolution 4G and Ultra-Wide Band terrestrial wireless broadband communication – to measure their positions and share them with one another, performing ongoing vehicle-to-vehicle ranging to simulate future 5G operating standards.

The coming of the next generation of mobile phone networks, called 5G, promises much faster, more stable connectivity based on higher bandwidths and frequencies – but the ability to download a full movie in a matter of seconds is only the start. These increased capabilities will also open up a new range of services, many of them based around localisation.

From smart traffic management to asset tracking to personalised drone-based delivery, our receivers’ ability to know where they are and share those positions with the wider network will be vital.

“The first step required is understanding what the upcoming disruptive applications are, and to identify the potential requirements associated with them.” says Riccardo de Gaudenzi, heading ESA’s Electrical Department in its Directorate of Technology, Engineering and Quality.

“For these use cases, positioning and timing are key elements. Therefore Positioning, Navigation and Timing (PNT) aspects, provided via Global Navigation Satellite Systems (GNSS) like Galileo, the terrestrial communication infrastructure and hybridisation of technologies, are extremely important.”

Today we rely largely on satellite navigation to determine where we are. But our smartphones quietly blend satnav with other data sources to sharpen the accuracy of their results. That is why, for example, when you turn off your phone’s WiFi receiver your smartphone will warn you its mapping will become less accurate – because it is also using WiFi maps as a reference source.

With 5G this trend of ‘hybrid positioning’ will accelerate. Multiple GNSS constellation will be employed together to increase accuracy, along with localised correction systems. In addition the 5G cell network will provide additional corrections to enhance the GNSS localisation accuracy and to complement GNSS when satellites are not visible. This 5G ‘New Radio’ positioning accuracy will be enhanced by using steerable antennas on both the base station and the user terminal.

And because positioning performance will have to remain at the same high standard as user receivers move around – whether they be people, cars, shared bikes or drones – additional positioning solutions will also be employed, such as inertial sensors or device-to-device relative positioning.

Miguel Manteiga Bautista, Head of ESA’s GNSS Evolution and Strategy Division in the Agency’s Directorate of Navigation explains: “For the hybrid positioning field-tests, ESA and its partners set up a collaboration with Deutsche Telecom for use of its 4G network in Munich including relevant information for positioning, and NovAtel, who provided state-of-the-art GNSS equipment and correction services, such as the satellite-based TerraStar-X.”

ESA oversaw this initial field test campaign as part of its 5G GNSS Task Force, coordinated with the European Commission and the European GNSS Agency through the Horizon 2020 Framework Programme for Research and Innovation in Satellite Navigation.

The field test campaign was undertaken by DLR and the GMV company, with contributions by engineers from NovAtel, u-blox and Deutsche Telekom as well as ESA.

In 2016 the 5G GNSS Task Force within H2020 took the initiative to shape the support of high-accuracy positioning services in 4G and 5G networks, to contribute to the 3rd Generation Partnership Project, 3GPP, worldwide standardisation effort.

These field tests are executed within the GNSS Integration into 5G wireless networks or GINTO5G project. Undertaken through ESA’s European GNSS Evolution Programme, this project is being is executed by a consortium composed by GMV, Universitat Autonoma de Barcelona (UAB), DLR, u-blox and Telefonica I+D.

Currently, UAB is involved in the thorough processing of all the data gathered during the field test campaign, leading into models and simulation tools and possibly additional field experiments.