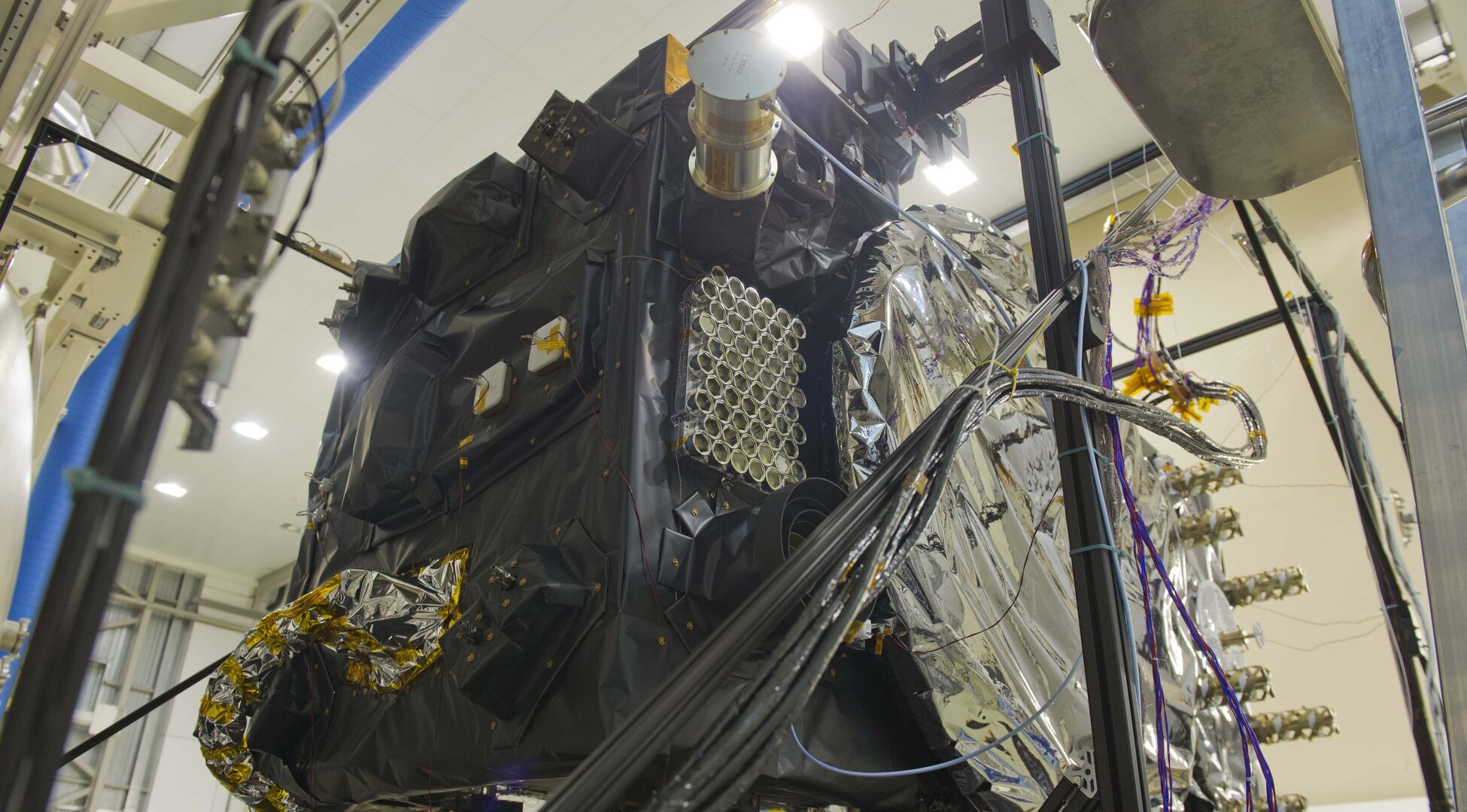 ESA’s newest Galileo satellite has emerged from five weeks of simulated space conditions: Friday saw a hatch slid open to end its thermal-vacuum test, a milestone on the way to orbit.

In late October the phone booth-sized satellite was placed in the 4.5 m-diameter Phenix chamber in ESA’s ESTEC Test Centre in Noordwijk, the Netherlands – the largest spacecraft testing facility in Europe.

Once inside, the air was pumped out to create a space-quality vacuum at the same time as the temperature extremes in Galileo’s planned orbit were also reproduced. The six copper walls of the ‘thermal tent’ were independently cooled by liquid nitrogen down to the –180°C chill of sunless space.

With no air to transfer heat, the opposing sides of satellites in space can become very hot and very cold simultaneously, depending on whether they are in sunlight or shadow. But satellite systems – in Galileo’s case that includes two different types of atomic clocks accurate to a few billionths of a second – must still work perfectly.

Thermal control is a critical design concern, seeking to maintain a set operating temperature within the body of the satellite. This is why some of Galileo’s surfaces are covered with reflective mirrors while others are shrouded in black multilayer insulation.

Heaters warm up some areas of the satellite that become too cold, while heat pipes threaded through the structure carry away unwanted heat to the radiators, cooling other areas.

The satellite was operated and monitored throughout the long test 24 hours a day by technicians working around the clock. Galileo’s internal temperatures and subsystem performance were tracked continuously.

The thermal-vacuum test was the culmination of a long session of testing stretching back to mid-May, when it first arrived at ESTEC. These included simulating the violence of launch and checking electromagnetic compatibility to ensure that the various elements do not interfere with the rest of the satellite.

A second Galileo has also been undergoing the same rigours at the site plus a vibration and shock test to reproduce its separation from its launcher. Thermal–vacuum testing on this second model will begin early next year.

The sibling satellites will be launched together on a Soyuz rocket from Europe’s Spaceport in French Guiana midway through this coming year.

These are the first two ‘Full Operational Capability’ satellites, following on from the first four  already in orbit. A total of 22 FOC satellites are on the way, built by OHB in Germany with navigation payloads from Surrey Satellite Technology Ltd in the UK.

All of them will pass through ESTEC for testing on their way to launch in the next few years. However, the rest of the series only require ‘acceptance testing’ to check their worksmanship rather than the full-scale ‘validation testing’ that ensures the overall satellite design works as intended.

The next Galileo is expected to arrive at ESTEC in March, with further satellites following every seven weeks or so.