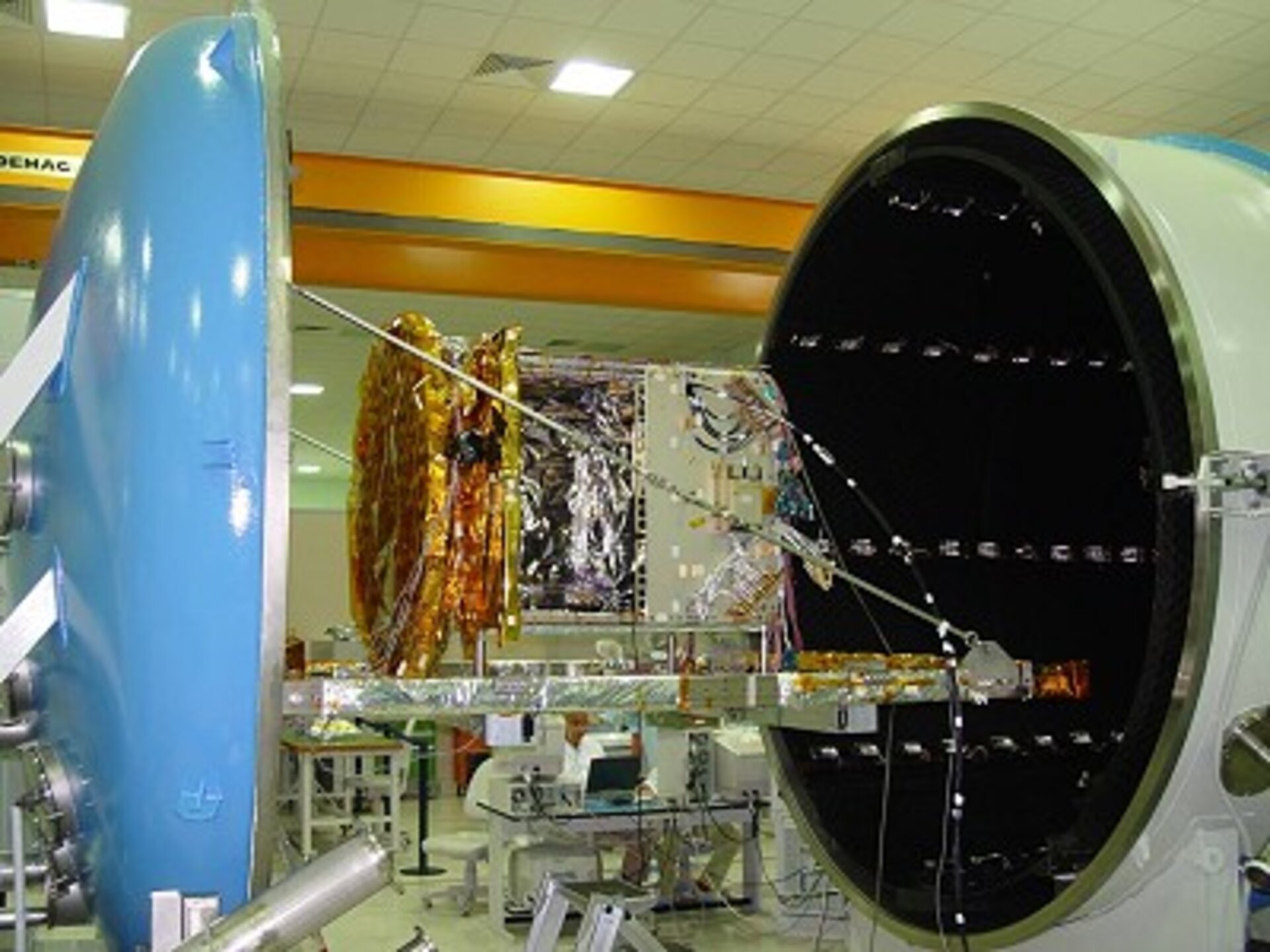 Testing of the first Galileo satellites, which form part of what is called the Galileo System Test Bed (GSTB), is under way. One of the two satellites arrived at the ESA-ESTEC test facilities in late July, while the payload of the other spacecraft is now being tested in Italy.

The payload of the satellite, being developed by Galileo Industries, is just completing a first series of tests at the Alenia Spazio facilities in Rome. In particular, the specially developed navigation payload has been subjected to a range of extreme temperatures in vacuum. This simulation of the space environment realistically validates the payload's performance in orbit.

The campaign will continue with mechanical testing. The payload's functionality will have to be proven while exposed to strong vibration, high acoustic noise levels and shock, as encountered during launch. Whereas the mechanical investigations can be considered standard satellite testing, the first validation in the thermal vacuum environment had been awaited with special interest, as it has given early feedback on the in-orbit performance of the newly developed payload.

The satellite features several new equipment technologies that are considered cornerstones in the development of the Galileo Navigation Payload.

One of the most prominent and also most critical developments is the Passive Hydrogen Maser (PHM), an extremely accurate clock that has been developed under ESA contract. The PHM will be the first of its kind to be flown in space and have its performance tested in a realistic environment. The PHM will be the most accurate atomic clock in orbit and will, with its breakthrough performance, open the door for a wide range of high precision navigation applications as targeted by the Galileo System. The higher timekeeping accuracy will enable better performance than current global navigation satellite systems.

The results obtained during the first testing in a simulated space environment are very promising and constitute a major milestone in the validation of technology specifically developed for the Galileo System.

The tests included simultaneous transmission on three Galileo carrier frequencies (L1, E5, and E6 bands) where, besides the PHM, two Rubidium atomic clocks can be selected in combination with the onboard signal generation unit to produce representative Galileo signals.

The completed satellite will weigh 485 kg. Its modular design consists of two cubes, one dedicated to the payload and the other, known as the platform module, to the spacecraft's control and operations subsystems. The overall external dimensions (excluding the deployable solar arrays) will be 1 m × 1 m × 2.4 m. The solar arrays will generate about 940 Watts of power. The spacecraft is designed for a lifetime of three years in the Galileo orbit (24 000 km).

The other Galileo satellite, is being developed by Surrey Satellite Technology Limited of the UK. The spacecraft test campaign is continuing in the ESA ESTEC Test Centre, where thermal balance and thermal vacuum testing have been completed.