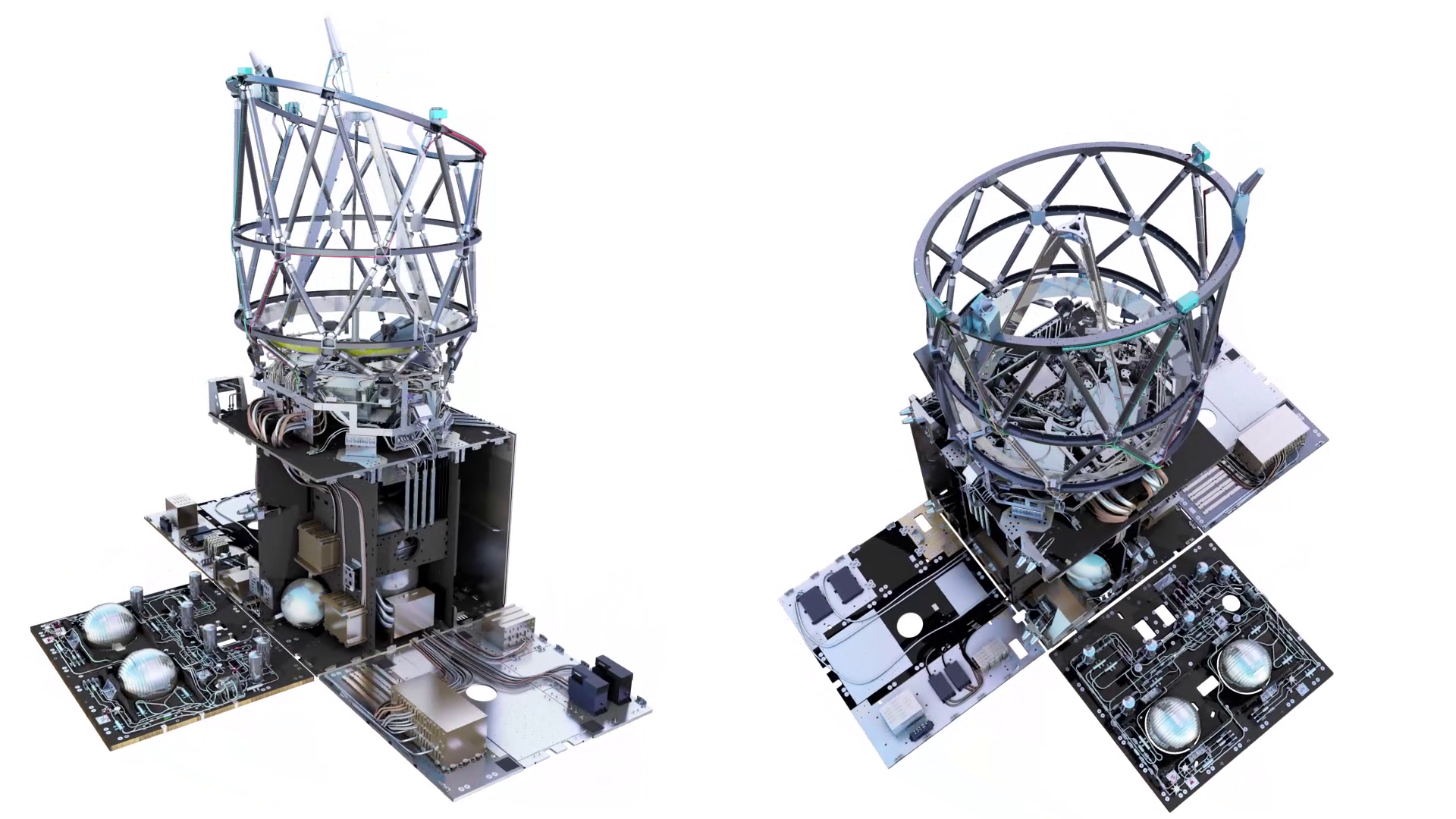 Being such a dynamic and relatively invisible aspect of Earth’s environment, it is extremely difficult to make global measurements of wind. The only way to achieve this is to probe the atmosphere from space using a highly sophisticated Doppler wind lidar.

A lidar uses the phenomenon of light scattering and the Doppler Effect to acquire data on wind. A lidar works by emitting a short, but powerful, pulses of light from a laser through the atmosphere and then collects light that is backscattered from particles of gas and dust and droplets of water in the atmosphere.

The time between sending the light pulse and receiving the signal back determines the distance to the ‘scatterers’ and thus the altitude above Earth.

As the scattering particles are moving in the wind, the wavelength of the scattered light is shifted by a small amount as a function of speed. The Doppler wind lidar measures this change so that the velocity of the wind can be determined.

So the Aeolus instrument, the Atmospheric Laser Doppler Instrument, or Aladin for short, comprises a powerful laser, a large telescope and a very sensitive receiver.

The laser system generates a series of short light pulses in the ultraviolet spectrum at 355 nm, which is invisible to the naked eye. The ultraviolet region is used because the backscatter from atmospheric molecules at this short wavelength is particularly strong.

The laser is actually a complex system of laser sources and amplifiers, which are all packaged closely together. There are two small lasers to fix the frequency of the emitted pulses, a laser oscillator to generate pulses, two amplifier stages that boost the energy of the light pulses to the required value and a frequency conversion crystals stage to produce the correct wavelength.

Aladin is dominated by a large telescope, which measures 1.5 m across. It is used to collect the backscattered light from the atmosphere and then directs it to the receiver. Although large, it is made of lightweight ceramic material so it weighs only 55 kg.

The telescope is pointed 35° away from the orbit plane in order to transmit and receive light perpendicular to the speed of the satellite. This allows Aladin to determine the east-west horizontal component of the atmosphere.

The receiver analyses the Doppler shift of the backscattered signal with respect to the frequency of the transmitted laser pulse.

Two optical analysers measure the Doppler shift of the molecular scattering, ‘Rayleigh’, and scattering from aerosols and water droplets, ‘Mie’.

Highly sensitive photo-detectors then transform the light signals into electronic signals. The wind profiles are accumulated over at least 20 individual measurements before being downlinked to Earth for further averaging.