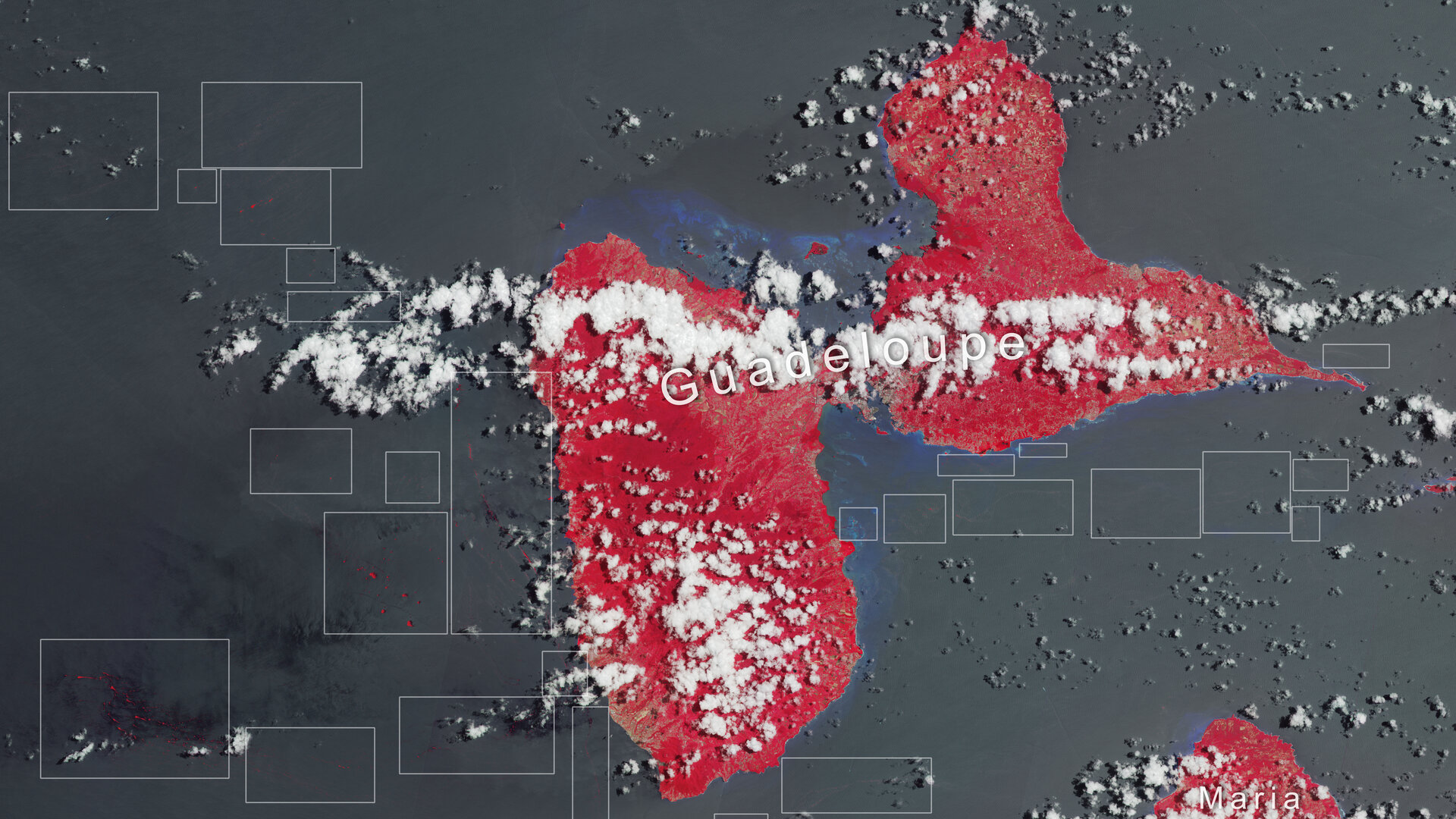 Over the last month, massive quantities of the Sargassum seaweed have been washing up on the shores of Mexico, Florida in the US and some Caribbean islands, creating a serious environmental problem and causing havoc for the tourist industry. ESA has been tracking this slimy infestation.

Sargassum is a large brown algae, first spotted by Columbus during his voyage to the Americas. Out at sea, Sargassum is an important habitat for marine species providing food, refuge and breeding grounds. However, when it collects along coastlines, it rots, producing a pungent smell and attracting flies. This can mean a real problem for tourism in coastal communities.

Sargassum, like other floating marine vegetation, absorbs atmospheric carbon dioxide – an important greenhouse gas that contributes to global warming – through photosynthesis and converts it into organic carbon.

A paper published recently in Science, The great Atlantic Sargassum belt, details how scientists have tracked this brown macroalgae using 19 years’ of satellite data. Last year, for example, the brown belt hit a high, stretching 8850 km from west Africa to the Gulf of Mexico – which is around the same length as the Great Wall of China.

The paper suggests that deforestation and runoff from fertiliser into the Amazon River, which discharges into the Atlantic Ocean, has stimulated its growth. Based on computer simulations, the paper confirms that the Sargassum algae forms its shape in response to ocean currents.

The seaweed has been causing issues since 2011, across the Caribbean Sea, Gulf of Mexico and Florida. The Mexican government has reportedly spent millions of dollars in an attempt to remove over 500 000 tonnes of seaweed from its beaches.

Josef Aschbacher, ESA’s Director of Earth Observation Programmes, said, “This year’s bloom is particularly bad, causing a risk to public health and affecting the tourism industry. And, in response to a request from the Mexican Space Agency, we are helping to provide satellite images of this current disaster.”

As part of ESA’s Earth Observation Science for Society initiative, ESA has joined forces with CLS-NovaBlue Environment, to monitor floating Sargassum in the Caribbean area using data from Earth observation satellites. The project allows the integration of data from the Copernicus Sentinel-2 and Sentinel-3 missions to complement data from the ocean-colour sensors MODIS-Aqua and MODIS-Terra to calculate a daily Sargassum index.

In addition, the Ocean Virtual Laboratory is a virtual platform funded by ESA, which allows oceanographers to discover the world’s waters. The virtual lab uses more than 350 datasets, Copernicus Sentinel data and in situ models to improve the scientific understanding of ocean and coastal processes.

Craig Donlon, Principal Scientist for oceans and ice at ESA, said, “Tracking Sargassum is important because once it accumulates on beaches it causes significant problems including issues for public health, and for the economy such as lass of income from tourism, the cost of clean-up operations.

“Earth observation data are important inputs to services and organisations tasked to monitor Sargassum masses at sea, helping to forecast when it will arrive on shore allowing local communities to act and plan accordingly.”