ESA’s first Earth observation mission dedicated to understanding our planet, the European Remote Sensing satellite (ERS-1), was launched into orbit on 17 July 1991 – almost 30 years ago today. At the time of its launch, the ERS satellite was one of the most sophisticated spacecraft ever developed and launched by Europe, paving the way for satellite technology in the areas of atmosphere, land, ocean and ice monitoring. Today, we look back at some of the mission’s key accomplishments.

The first satellite, ERS-1, was lofted into orbit by an Ariane-4 launcher in July 1991, and carried the hopes of Europe’s scientific community with it. The satellite carried a comprehensive payload including an imaging synthetic aperture radar (SAR), a radar altimeter (RA) and other powerful instruments to measure ocean surface temperature and winds at sea.

ERS-1 was then joined by ERS-2 in 1995 which carried an additional sensor for atmospheric ozone research – the Global Ozone Monitoring Experiment (GOME). Shortly after the launch of ERS-2, ESA decided to link the two satellites in the first ‘tandem’ mission which lasted for nine months. During this time the increased frequency and level of data available to scientists offered a unique opportunity to observe changes over a very short space of time, as ERS-2's track over the Earth's surface coincided exactly with that of ERS-1 24 hours earlier.

The high-resolution images acquired along the same ground track by both satellites were used to generate digital elevation models and observe changes in the land surface over short periods of time. Both satellites exceeded their design lifetime by far, together delivering a 20-year stream of continuous data of Earth’s land surfaces, oceans and polar caps.

These pioneering missions have provided the basis for the routine remote sensing we have come to rely upon today to unravel the complexities of the way Earth works. The success of the ERS missions has helped Europe to gain clear leadership in several critical technologies and in the scientific use of Earth observation.

Mirko Albani, Heritage Missions Manager at ESA, affirms, “The ERS programme has provided a stream of data which has changed our view of the world in which we live. It has provided us with new insights on our planet, the chemistry of our atmosphere, the behaviour of our oceans, and the effects of mankind’s activity on our environment – creating new opportunities for scientific research and applications.”

During their lifetime, ERS data supported over 5000 projects producing some 4000 scientific publications. Archived data still to this day provide us with a wealth of information and are maintained accessible and continuously improved in the frame of the Heritage Space Programme to build long-term data series with successor missions including Envisat, ESA's family of Earth Explorers and the Copernicus Sentinels.

The ERS satellites’ comprehensive payload included a synthetic aperture radar to reveal Earth’s surface in new detail. SAR data are used for many applications such as agricultural and forest monitoring, flood mapping and geological exploration. Taking these data a step further, SAR interferometric measurements provide insight into displacement of the ground, making important contributions to our understanding of earthquakes and land subsidence.

One of the most important objectives of the ERS missions was to deliver data for ocean research. The onboard radiometer provided information to map global sea-surface temperature very precisely. This led to novel observations of the El Niňo and consequently helped scientists to understand more about this phenomenon and its links to global warming.

Orbiting close to the poles, the ERS satellites captured one of Earth’s most rapidly changing features: ice cover. Data from the ERS altimeters revealed how the height of the huge ice sheets covering Antarctica and Greenland are changing, as ice is lost to the ocean.

Complementary radar imagery has been able to show exactly how fast the glaciers are advancing. The satellites also showed how the extent of sea-ice in the Arctic Ocean varies seasonally and the general trend towards diminishing ice cover.

ERS-2 carried Europe’s first instrument to study atmospheric ozone, which led to a breakthrough in our understanding of the formation of holes in the ozone layer at high latitudes. In addition to yielding insight into the depletion of stratospheric ozone over Antarctica, the GOME provided a wealth of information on atmospheric gases such as nitrogen dioxide.

The excellence of this long-serving sensor lives on its successors – Sciamachy on Envisat and GOME-2 on MetOp.

Read more about ERS success stories: 30 years of science thanks to ERS 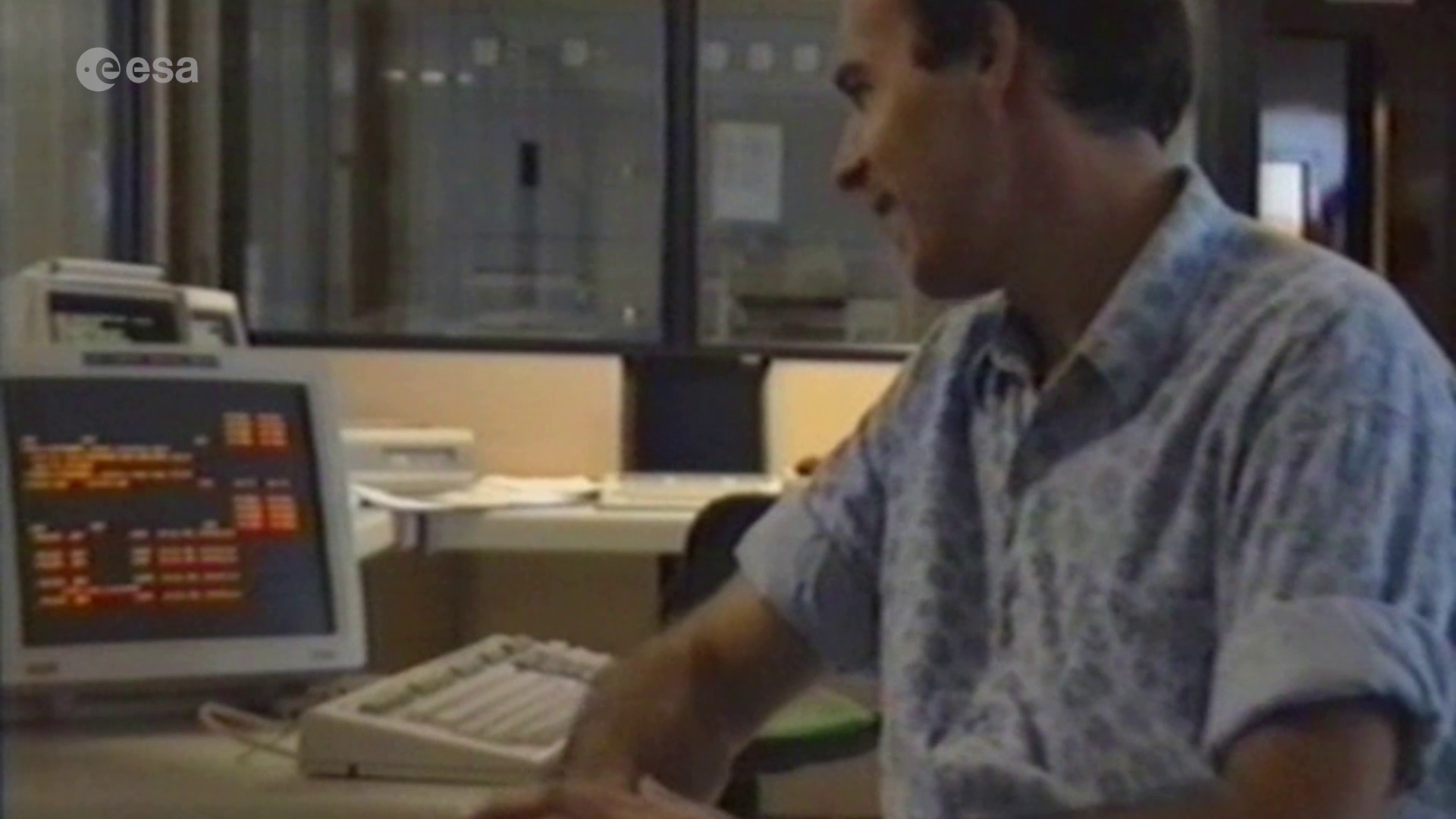