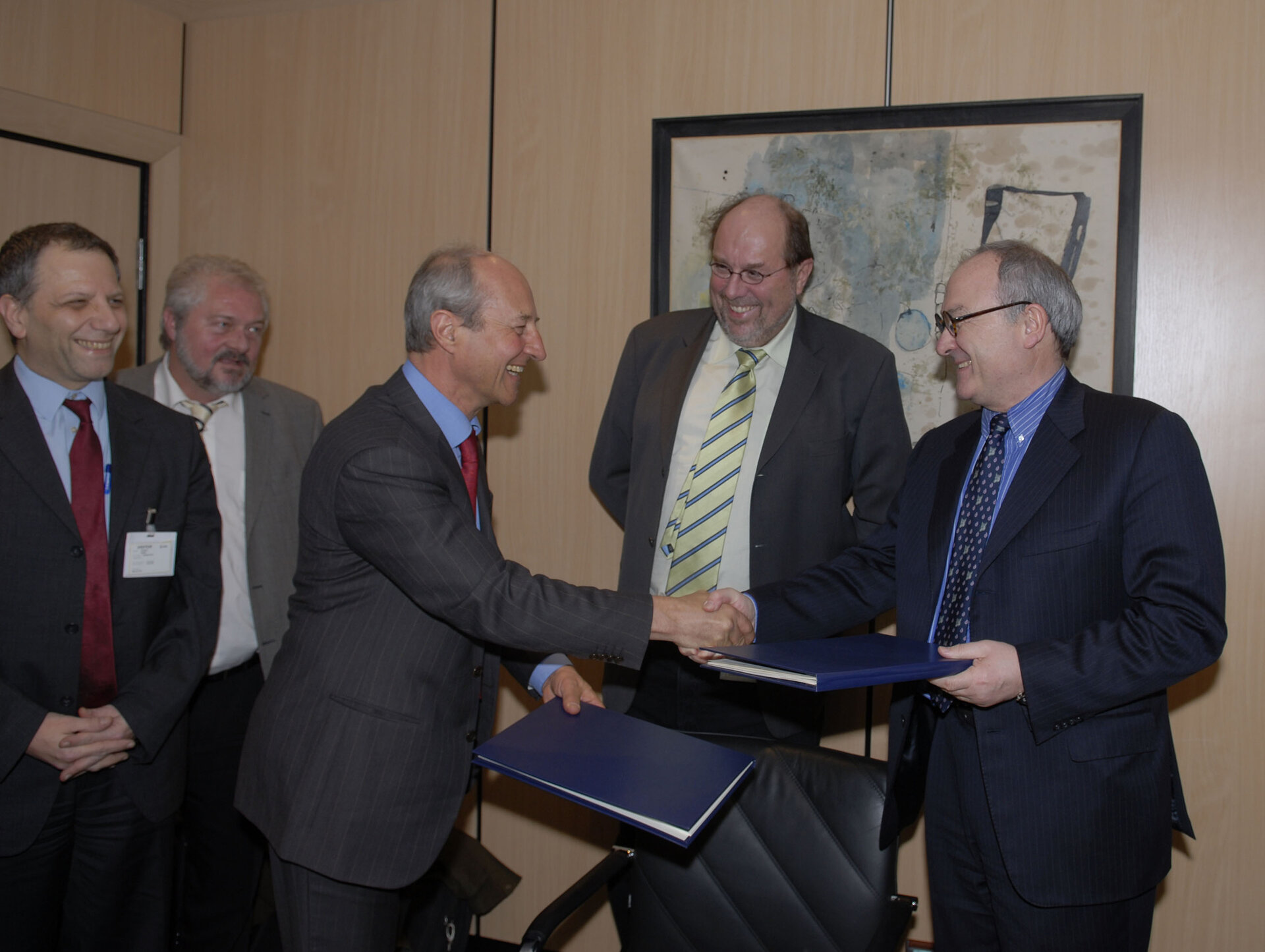 Clearing the way for the launch of the Meteorological Operational satellite (MetOp), Mr Dordain, the Director General of ESA and Dr Prahm, Director General of EUMETSAT met at ESA headquarters in Paris, France, on 22 February to sign an update of the co-operation agreement for the MetOp programme, in place since 1999.

MetOp-A, planned to be launched on 30 June 2006, will be Europe’s first polar-orbiting satellite dedicated to operational meteorology. Designed and developed by ESA in partnership with EUMETSAT (European Organisation for the Exploitation of Meteorological Satellites), MetOp will provide invaluable data services for improving weather forecasts and climate monitoring.

According to the co-operation agreement between ESA and EUMETSAT, ESA is responsible for the development of the space segment and EUMETSAT for the overall system, including the launch services, the ground segment and the operations for the duration of the mission.

EUMETSAT will become the owner of MetOp-A at the point of lift-off, and will grant ESA access in the field of space research and technology, including scientific and applications research, study contracts and instrument development.

The EUMETSAT Polar System programme includes a series of three MetOp satellites, each with a nominal life in orbit of five years, to be launched sequentially over 14 years.

MetOp-A will be armed with a new generation of European instruments and a set of ‘heritage’ instruments supplied by the United States.

The new European instruments – provided by ESA, the Centre National d'Etudes Spatiales (CNES) and EUMETSAT – will augment the accuracy of temperature and humidity measurements, wind speed and wind direction over the ocean measurements and profiles of ozone in the atmosphere.

The ESA MetOp programme is an optional programme funded by twelve countries (Austria, Belgium, Denmark, Finland, France, Germany, the Netherlands, Norway, Spain, Sweden, Switzerland and the United Kingdom). The total cost of the overall system – including three satellites, launchers and ground segment and operations – is €2.4 billion.

MetOp-A will be launched by a Soyuz rocket from the Baikonur Space Centre in Kazakhstan.