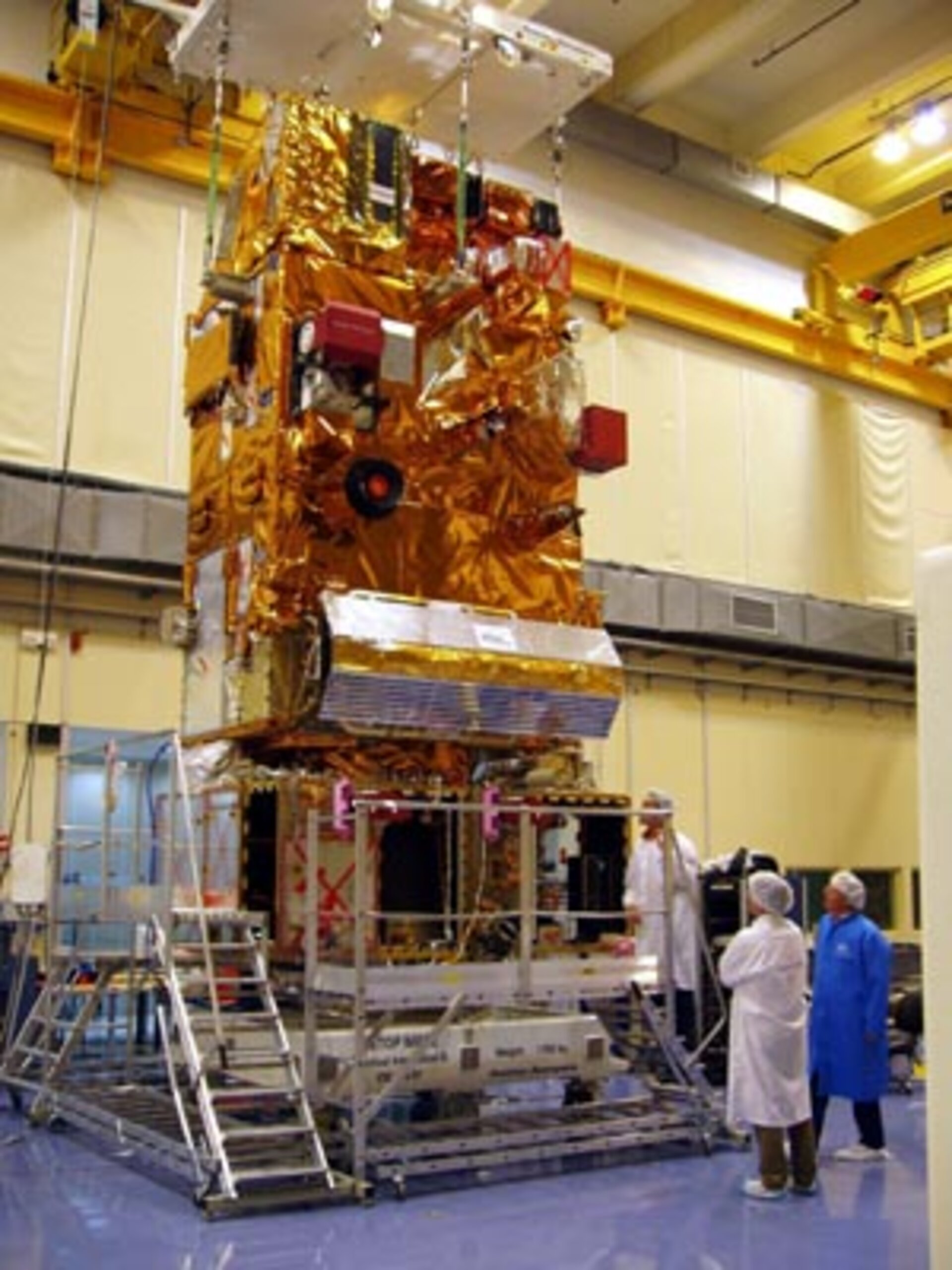 Russia's Federal Space Agency has announced that it will support the launch of the European meteorological satellite MetOp-A. The satellite is scheduled to be launched by a Soyuz rocket from Baikonur in April 2006.

"The MetOp satellite has been procured under a cooperation agreement between ESA and the European Organisation for the Exploitation of Meteorological Satellites (EUMETSAT), in which ESA is responsible for satellite development," said Alain Fournier-Sicre, head of ESA’s Permanent Mission to Russia.

The Soyuz launch vehicle has been procured through a contract between EUMETSAT and the European-Russian joint venture, STARSEM. STARSEM manages the technical interface with the launcher and provides ‘state of the art’ satellite preparation facilities at the Baikonur Cosmodrome in Kazakhstan.

MetOp-A is the first of a series of three satellites that will be launched at 4.5 year intervals to provide 14 years of operation. They constitute the space segment for the EUMETSAT Polar System (EPS), which in conjunction with the US POES satellites provides global meteorological coverage from low Earth orbit.

MetOp will be the first European satellite dedicated to operational meteorology in the Low Earth Polar orbit, a nominal altitude of 820 km. It will complement the data currently being provided by the existing family of Meteosat satellites that operate in the much higher geostationary orbit.

"The MetOp satellite will carry 12 instruments relating to meteorology, climate monitoring and humanitarian missions. The payload constitutes a mixture of recurrent instruments provided by NOAA/NASA and new instruments, developed in Europe, to provide state of the art remote sensing. In combination the payload will ensure enhanced accuracy for measuring temperature, humidity, the speed and direction of the wind above the ocean, and the distribution of ozone in the atmosphere," Fournier-Sicre said.