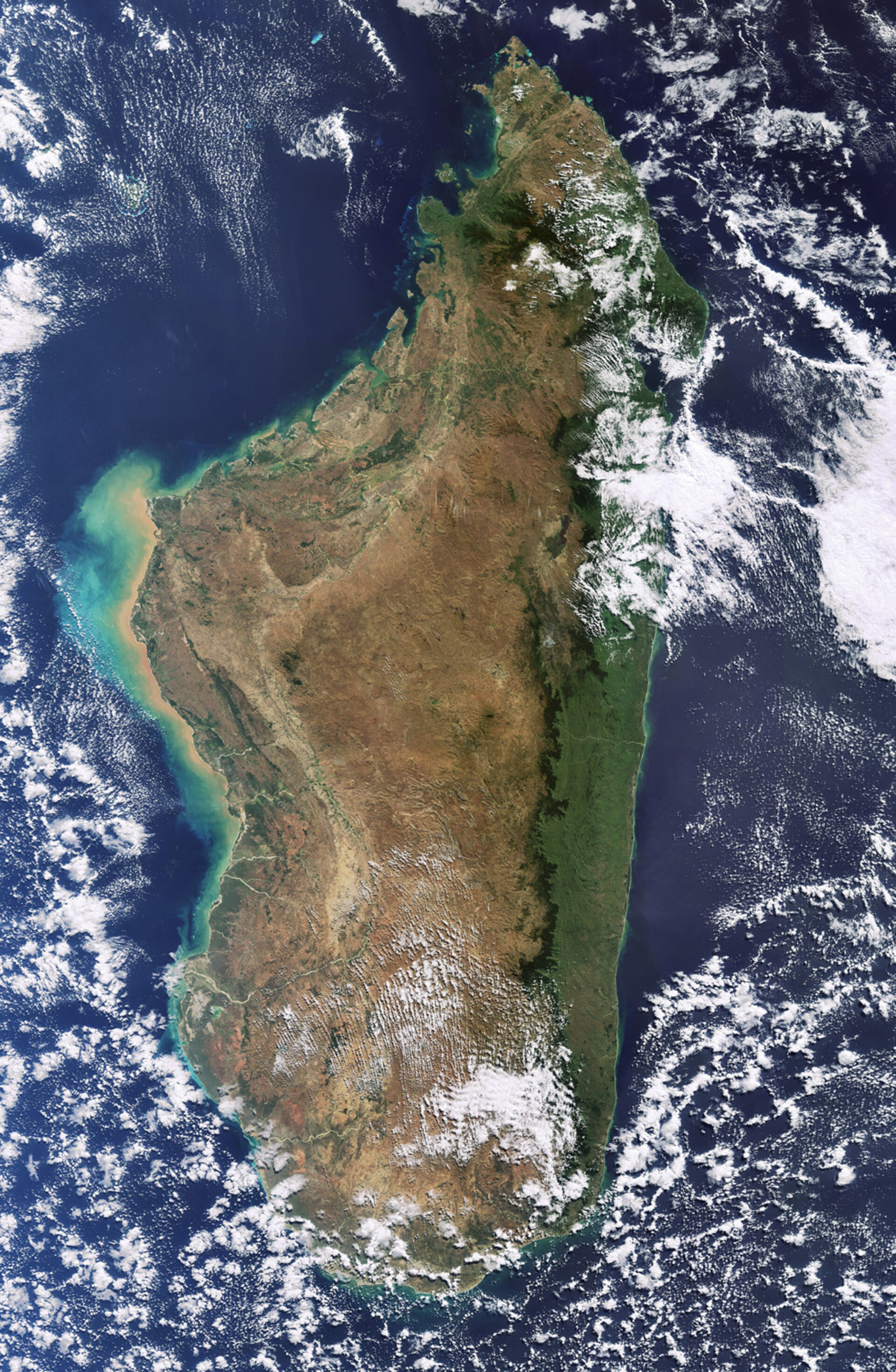 Madagascar, the world’s fourth largest island, is highlighted in this Envisat image.

Madagascar is located in the Indian Ocean, off the eastern coast of Africa. Once attached to Africa, Madagascar separated from the mainland some 160 million years ago as massive continents drifted apart.

The geographic isolation of Madagascar has resulted in a very distinct biodiversity. According to the World Wildlife Fund (WWF), 98% of Madagascar's land mammals, 92% of its reptiles, 68% of its plants and 41% of its bird species exist nowhere else on Earth. Madagascar is the home of five percent of the world's plant and animal species.

Of its many unique animals, it is perhaps best known for its tree-hopping lemurs. Although they appear to resemble felines or canines, lemurs are primates. There are approximately 33 different species of lemurs on the island, and they are considered the most endangered primates in the world.

Deforestation, unsustainable agriculture and erosion are believed to pose the biggest threat to the island’s flora and fauna. Much of Madagascar’s rainforests have disappeared throughout the past century as land use for farming increased and industries expanded.

As visible in the image, the island also boasts an extremely diverse terrain with beaches and lagoons along the coasts, high plateaus and mountains in the centre, and rivers, deserts and grasslands spread throughout. Due to the permanently reddish tint of its bare earth, Madagascar has earned the nickname Great Red Island.

Madagascar’s major rivers rise in the highlands near the eastern coast and flow west through valleys to the Mozambique Channel (left). Green and tan swirls along the west coast are sediments being transported in the water.

This image was acquired by Envisat's Medium Resolution Imaging Spectrometer (MERIS) instrument on 30 June 2009, working in Full Resolution mode to provide a spatial resolution of 300 m.