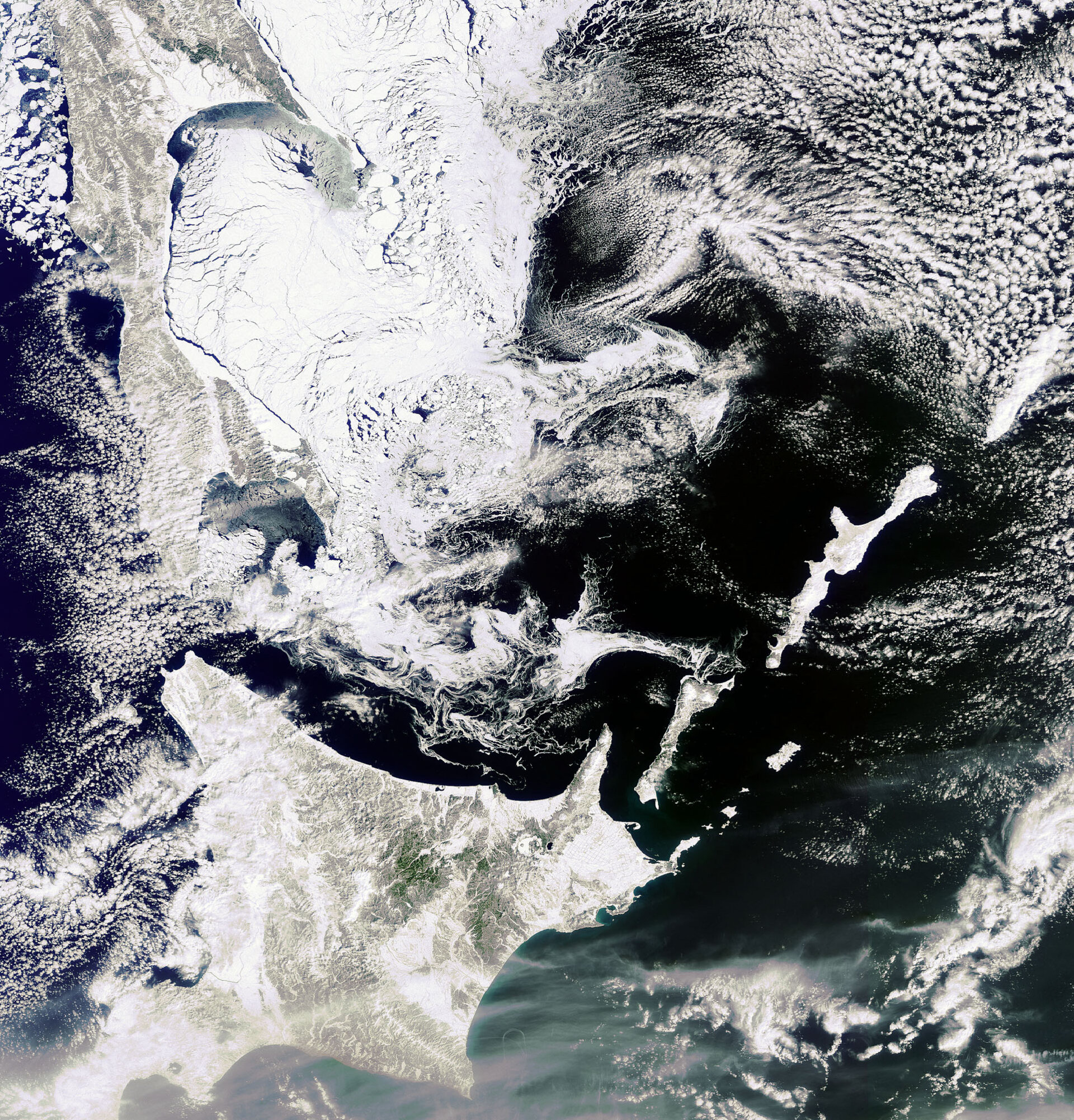 This Envisat image captures sea ice in the Sea of Okhotsk off the northeastern coast of Russia’s Sakhalin Island (top left) and the northern tip of Japan’s Hokkaido Island (bottom left).

Sea ice began forming in the northern area over the Sea of Okhotsk in November 2009. Since then, it extended down to about 30 km off the northern coast of Hokkaido and has likely reached its maximum.

Sakhalin is separated from the east coast of Russia by the narrow Strait of Tartary and from the northern tip of Japan by the Strait of La Pérouse, which appears to be ice-free.

Sitting astride an active seismic zone, Sakhalin is prone to earthquakes that can trigger mudslides. The formal penal colony is covered in ice during the winter months, and its surrounding cool, fertile waters support enormous fisheries. But that’s not all; an estimated 45 billion barrels of oil equivalent are believed to lie beneath the icy seas off its shores.

Hokkaido is the northernmost and second largest island of Japan’s four main islands. The three islands visible northeast of Hokkaido belong to the Kuril Island chain, which comprises 22 main islands and some 30 smaller islets.

Stretching for 1250 km northwards from Hokkaido to the southern tip of Russia's Kamchatka Peninsula (not visible), the Kuril Islands form a boundary between the Sea of Okhotsk and the Pacific Ocean (bottom right).

This image was acquired by Envisat's Medium Resolution Imaging Spectrometer (MERIS) instrument on 9 March 2010, working in Full Resolution mode to provide a spatial resolution of 300 m.