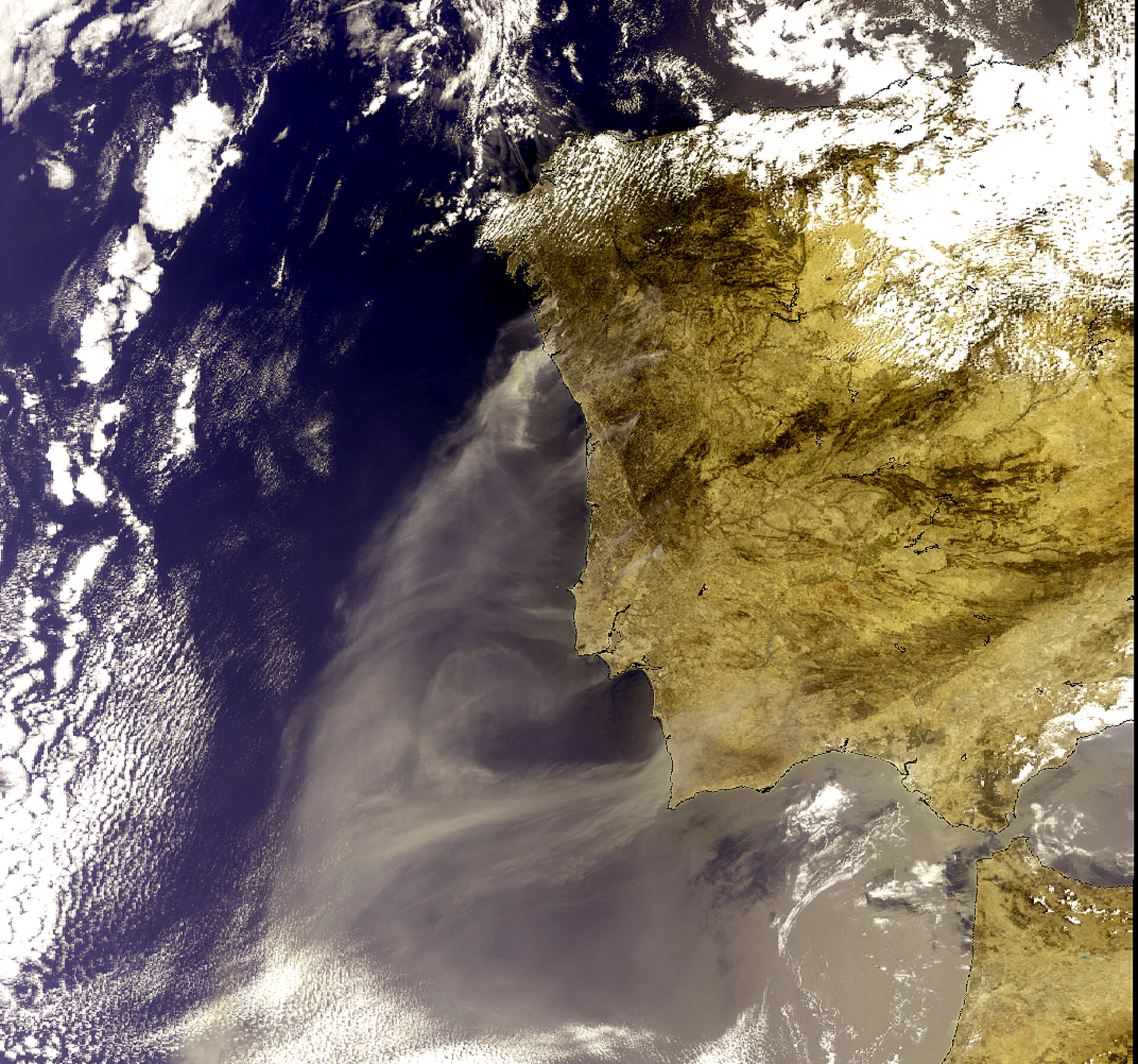 Plumes of smoke from serious wildfires across Portugal fan into the Atlantic in this Envisat satellite view acquired on 21 August.

Dozens of wildfires are reported throughout the country, which has suffered one of its worst droughts for decades. Fanned by high winds, the fires have destroyed more than 140 000 hectares of land and killed at least 15 people.

Stricken areas include the vicinity of the city of Coimbra, Portugal's third largest city, around 200 km northeast of Lisbon. On the outskirts of the city firefighters are attempting to keep the blazes at bay.

Other fires are reported to be burning in the northern districts of Viseu and Viana do Castelo. Firefighting aircraft from France, Germany, Italy and the Netherlands are participating in control activities following an appeal for help by Portugal's government. This international assistance supplements a national firefighting effort of 49 aircraft, around 800 vehicles and 3000 firefighters.