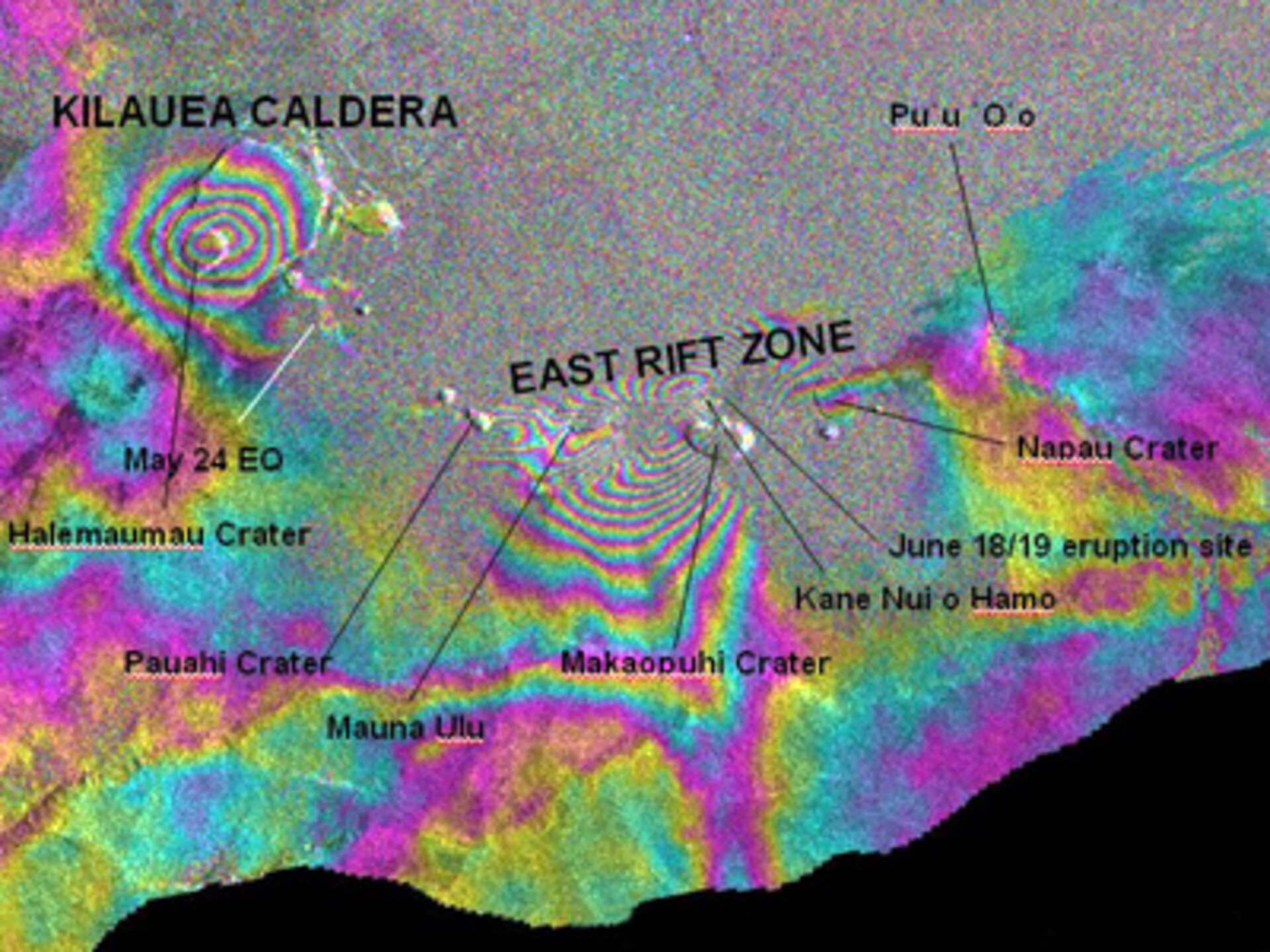 Scientists working in the field of SAR interferometry and its applications meet this week to exchange scientific results at the FRINGE 2007 workshop.

‘Advances in SAR interferometry from Envisat and ERS missions’ is being held at ESA’s Centre for Earth Observation in Frascati, Italy, 26-30 November. The scope is to initiate and encourage close collaboration between research groups, to present new results from the latest studies and to assess state-of-the-art techniques in the field of SAR interferometry (InSAR).

More than 200 researchers from 26 countries are attending the five-day workshop. Dedicated sessions will focus on specialist subjects including new methods for use of InSAR, earthquakes and tectonics, terrain motion, landslides and volcanoes. 90 presentations will be given by principal investigators and ESA specialists presenting the latest advances and applications in InSAR. In addition, 69 poster exhibitions will give the participants the possibility to discuss specific application cases with the involved scientists.

The focus is on the results from ESA’s two Earth observation missions ERS and Envisat, but also other missions like Italian COSMO-SkyMed, German TerraSAR-X, Japanese ALOS-PALSAR and Canadian Radarsat-2 are presented.

"The FRINGE series of workshops attracts the best scientists in the field of Synthetic Aperture Radar (SAR) interferometry. It is thematically focussed, hence very efficient and well attended. FRINGE covers both the methodology and the application research aspects, giving them a platform to benefit from each other," concluded Richard Bamler, German Aerospace Center (DLR), following the previous workshop in 2005.

InSAR stands for Interferometric Synthetic Aperture Radar. It is a remote sensing technique where multiple repeat images over the same scene are combined together to identify slight alterations occurring between acquisitions, thus 'spotting the difference’. Tiny changes on the ground or slight shifts in the orbit of the satellite cause changes in the radar image signal phase and lead to rainbow-coloured interference patterns in the combined image, called 'interferograms'. Combine two or more radar images of the same site together and a new dimension of information becomes accessible, including signs of otherwise invisible millimetre-scale ground motion.

The FRINGE Workshop takes its name from these coloured fringes seen in a given InSAR image, somewhat similar to contour lines on a map, except on a vastly reduced scale. One complete set of coloured bands represents ground movement relative to the spacecraft of half a wavelength, which is 2.8 cm in the case of Envisat's Advanced Synthetic Aperture Radar (ASAR).

Slightly different perspectives on the same landscape cause phase shifting – just as overlapping pictures appear stereoscopic using 3-D glasses. To take just a few examples, InSAR is, therefore, often used to create digital elevation models of landscapes, observing glaciers and advancing the knowledge of glacier response to climate change, creating maps of surface changes caused by the earthquake, and to locate faults on the Earth with sections susceptible to deformation.

Since 1998 ESA has provided SAR data for almost 700 projects using SAR Interferometry, mainly research projects into InSAR techniques and the use of InSAR to monitors changes on Earth.

Sentinel-1: the continuation of Envisat ASAR

The Sentinel-1 series of satellites is the first new space component of the Global Monitoring for Environment and Security (GMES) satellite family, designed and developed by ESA. The overall objective of the Sentinel-1 mission is to provide continuity of C-band SAR operational applications and services in Europe, with the first Sentinel-1 spacecraft planned to be launched before the end of Envisat operations.

Sentinel-1 uses the Interferometric Wide-Swath (IWS) mode as its standard mode over landmasses. With one satellite in orbit a 12-day repeat-cycle is provided, that eventually will be reduced to 6 days when both satellites of the constellation are in orbit. Guaranteed interferometrically compatible C-band acquisitions every 6 days will foster operational use of SAR and InSAR in ways that are not possible today with Envisat and ERS-2 and their 35-day repeat-cycle.