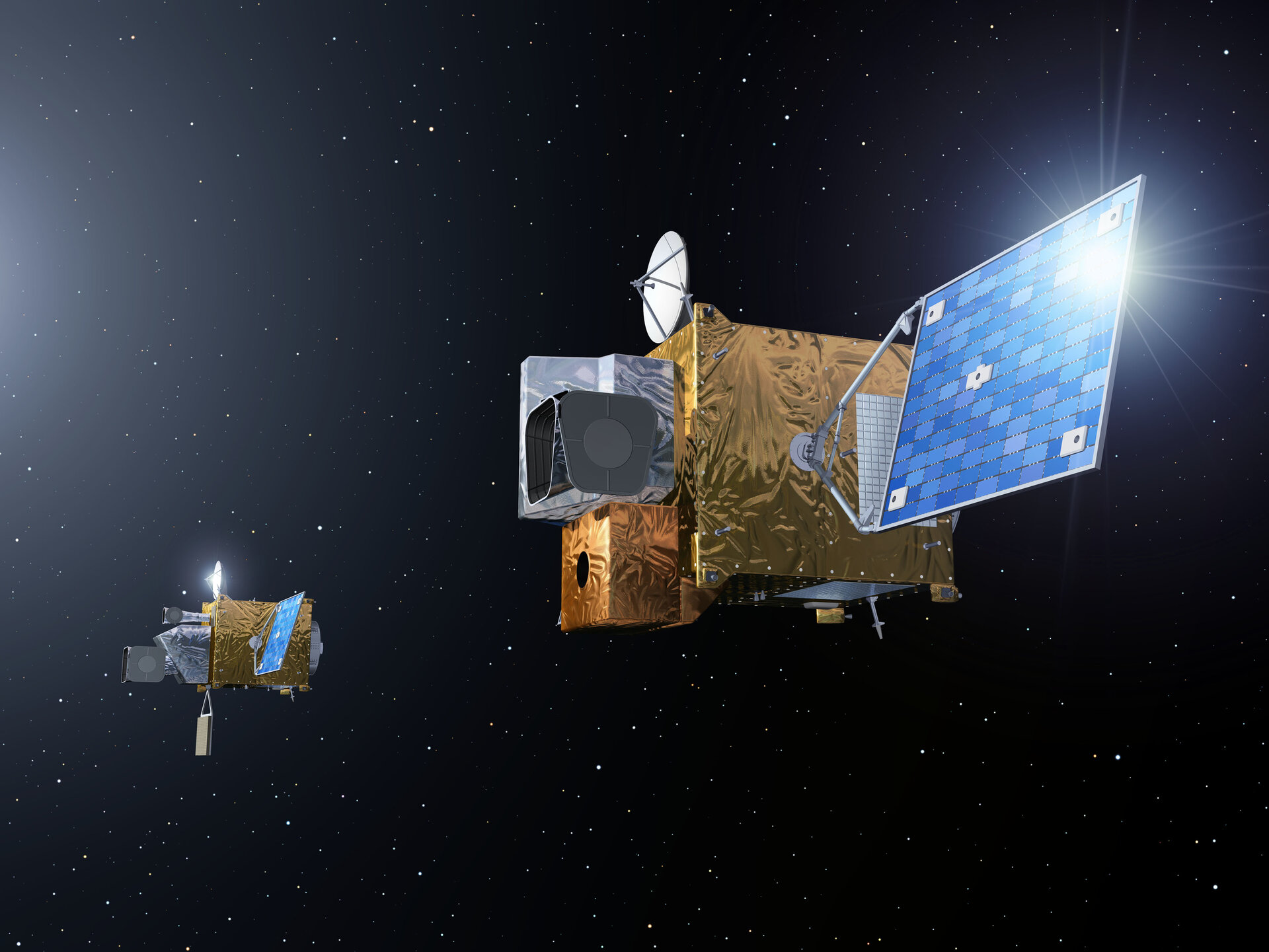 Since the launch of the first Meteosat in 1977, 33 years of imagery combined with increasing computer power have given meteorologists the tools to improve weather forecasting, with direct benefits for us.

Numerical weather prediction is improving with data from operational satellites, like Meteosat Second Generation (MSG). Today, thousands of daily measurements are the basis for numerical forecasts, making use of the world’s most powerful computers. The MSG satellites are expected to provide operational services at least until 2015.

In order to have follow-up geostationary missions, ESA and the European Organisation for the Exploitation of Meteorological Satellites (EUMETSAT) plan the Meteosat Third Generation (MTG) satellite system. Intended for launch in 2015, MTG will provide a significant improvement over the capabilities of the current Meteosat satellites.

The finalisation of the selection process for the contract to build the MTG satellites is still under way. After careful evaluation of proposals received by industry, the Tender Evaluation Board (TEB) has made a recommendation to ESA’s Director General. The Director General has asked the TEB for some clarifications on the detailed report.

These clarifications will be provided at the beginning of March. The announcement of the company with which negotiations will be initiated will, therefore, take place in early March in order to allow the EUMETSAT special Council, planned on 15 March, to approve the MTG Programme Proposal.

Weather satellites allow us to monitor large areas of the globe, compensating for gaps in the terrestrial or sea-surface meteorology data-gathering network. The wide-area view provided by satellites can frame an entire weather system in a single optical or infrared image. MTG will be a European operational geostationary meteorological satellite system and is set to revolutionise weather forecasting and environmental monitoring.