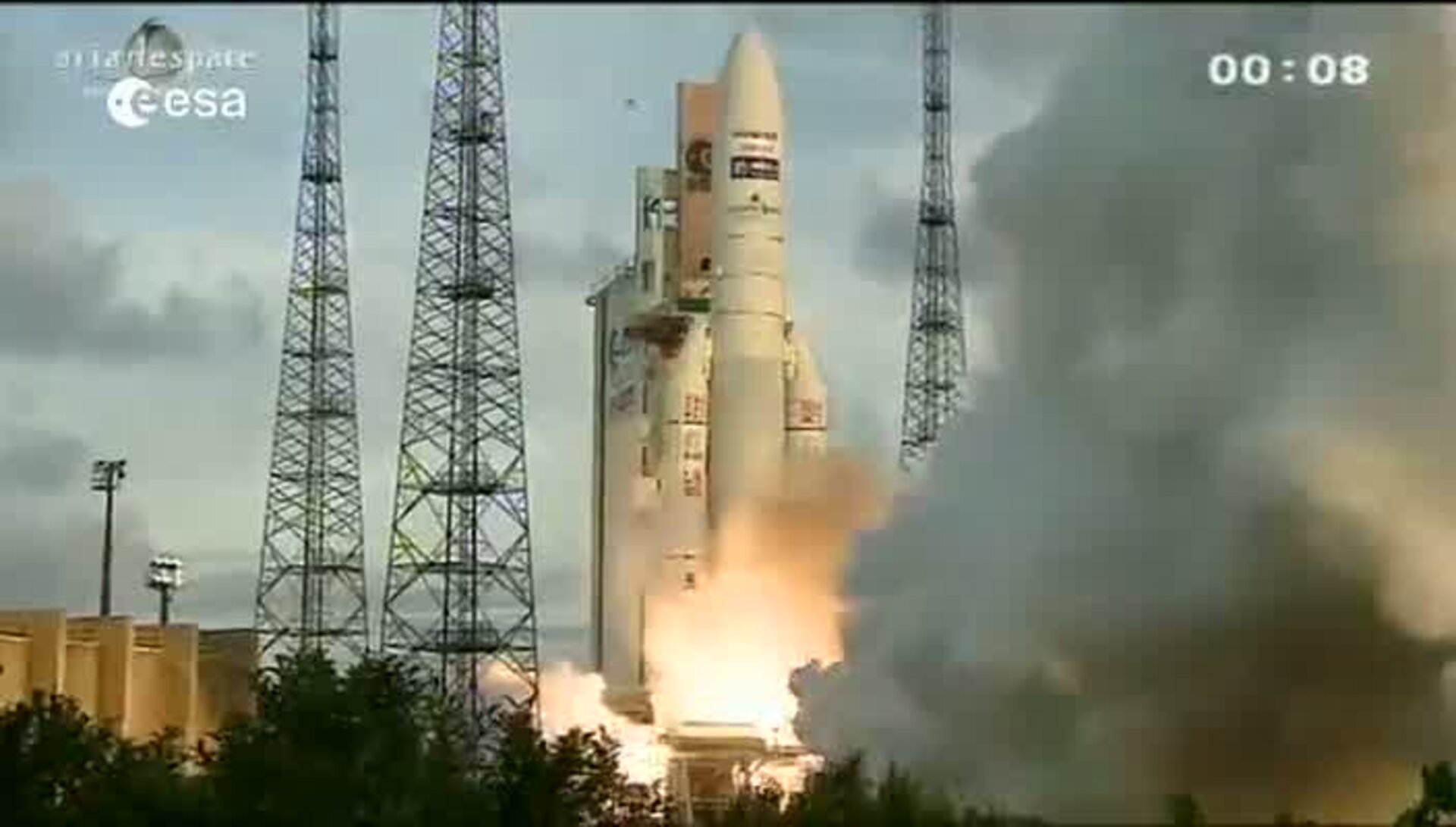 The MSG missions were all taken into orbit by an Ariane 5 from Europe's Spaceport in Kourou, French Guiana. The last satellite of the series, MSG-4, was launched on 15 July 2015.

The heavy-lift launcher places the two-tonne MSG satellites in an initial 'parking' or geostationary transfer orbit. This is a highly elliptical (or elongated) orbit intermediate between geostationary and low-Earth orbit (LEO), with an apogee of approximately 35 944 km and a perigee of just 580 km.

From this orbit, the satellites use their onboard engine to gradually circularise their orbit over a period of weeks until they reach their final geostationary orbit. This operation is overseen by ESA's European Space Operations Centre (ESOC) in Darmstadt, Germany.