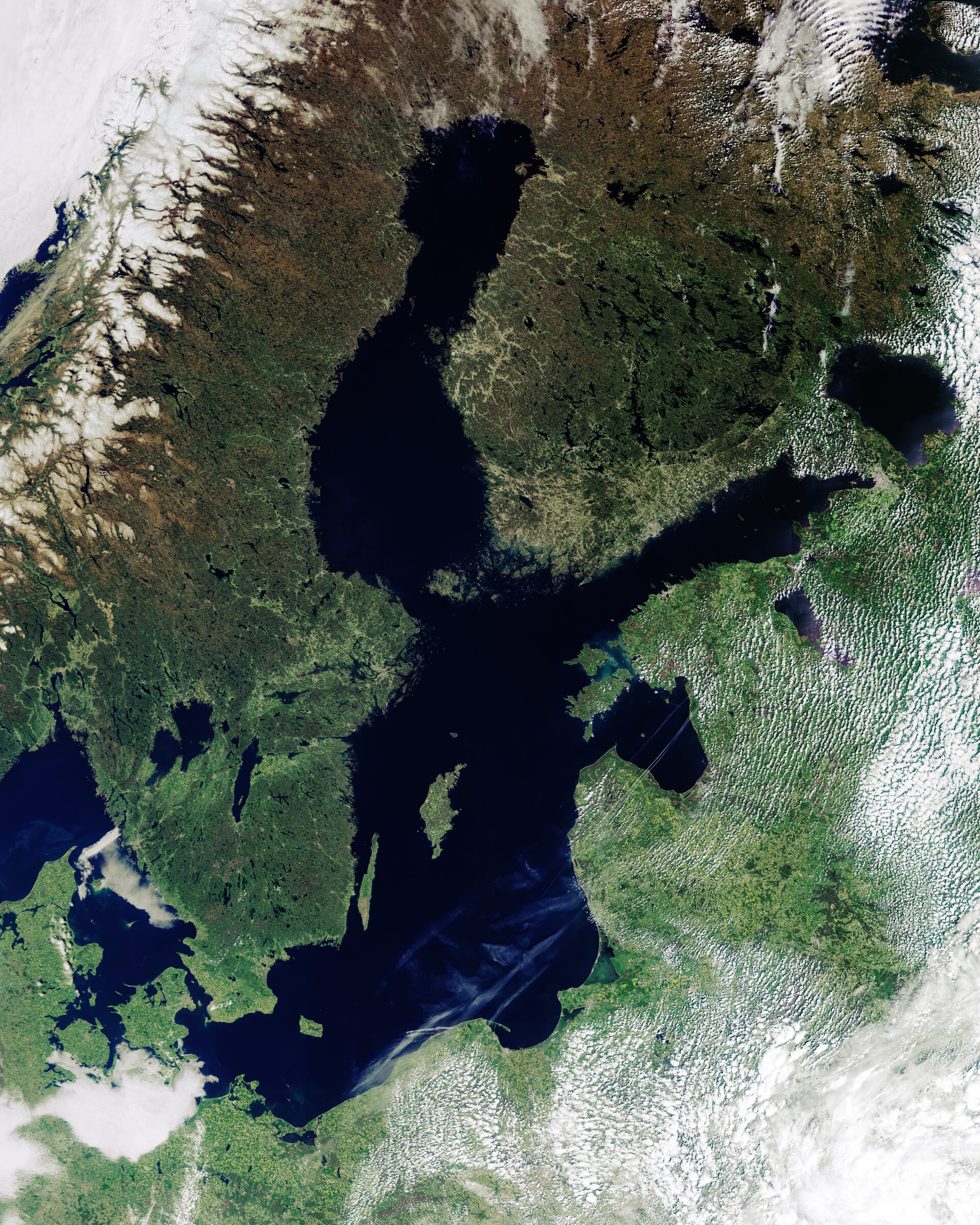 For the hundreds of millions of people living in coastal regions around the world, rising seas driven by climate change pose a direct threat. In order for authorities to plan appropriate protection strategies, accurate information on sea-level rise close to the coast is imperative. For various reasons, these measurements are difficult to get from satellites. However, new ESA-funded research demonstrates how a specific way of processing satellite altimetry data now makes it possible to determine sea-level change in coastal areas with millimetre per year accuracy, and even if the sea is covered by ice.

Using the Baltic Sea as a target for the research, this new processing technique, which shows regional differences in sea-level rise, drastically improves and extends previous sea-level trend maps. The results reveal that between 1995 and 2019, sea level has risen at an annual rate of 2–3 mm in the south, along the German and Danish coasts, compared to 6 mm in the northeast, in the Bay of Bothnia.

As our atmosphere and oceans continue to warm because of climate change, sea levels are likely to continue to rise for many decades to come. The 2019 report from the United Nations Intergovernmental Panel on Climate Change (IPCC) paints a grave picture of the problems we face because of sea-level rise. The Special Report on the Ocean and Cryosphere in a Changing Climate states that global mean sea level is likely to rise between 0.29 m and 1.1 m by the end of this century. This is the worst projection of sea-level rise ever made by the IPCC.

Since the early 1990s, satellites carrying radar altimeters have been tracking the changing height of the ocean surface, and show that global mean sea level has risen, on average, by just over 3 mm every year and, worryingly, that this rate of rise has increased in recent years.

However, as with any average, the term ‘global mean sea level rise’ does not tell the whole story. Sea level is not rising at the same rate everywhere. Along coasts, for example, sea level rise can exceed the global mean because of complex ocean dynamics nearer land.

While the French–USA series of Jason satellite missions, ESA’s Envisat and CryoSat missions, and the Copernicus Sentinel-3 satellites have provided essential data to track sea-level rise in the open ocean, mapping rise nearer the coastline is more difficult. This is because mountains, bays and offshore islands distort the radar signal that is reflected back to the satellite. Another problem is sea ice, which covers parts of the oceans in winter, is impenetrable to radar.

Through ESA’s Earth Observation Science for Society Baltic Sea Level project (Baltic SEAL), a team of researchers at the Technical University of Munich worked with international partners to develop algorithms to process measurement data from a range of satellite altimetry sensors to yield precise and high-resolution measurements of sea-level changes in coastal areas and in leads between the sea ice.

The researchers chose the Baltic Sea as the model region. “Data from this region are especially suitable for developing new methods because multiple factors make analysis difficult such as the complex shape of the coastline, sea ice and wind. At the same time, there are plenty of local sea level measurements to corroborate the results,” said project leader Marcello Passaro.

“An analytical method that works in the Baltic Sea can be easily adapted to other regions.”

To handle hundreds of millions of radar measurements taken between 1995 and 2019 from satellite missions including the Jason series, Envisat, CryoSat and Copernicus Sentinel-3, the team developed a multi-stage process. In the first step, they calibrated the measurements from the various satellite missions so that they could be combined. With specially developed algorithms, they were then able to detect signals from the ice-covered seawater in the radar reflections produced along cracks and fissures, called leads. This made it possible to determine sea levels for the winter months. With new computational methods they also achieved better resolution of radar echoes close to land.

As a result, it is now possible to measure sea level in coastal areas and compare the results with local tidal records. The processed data were then fitted to a fine grid with a resolution of 6–7 km using an algorithm developed by the team. The result is a highly precise dataset covering the entire Baltic Sea region.

The data show the regional effects of the rise in sea level between 1995 and 2019. Sea level has risen at an annual rate of 2–3 mm in the south, along the German and Danish coasts, compared to 6 mm in the northeast, in the Bay of Bothnia. The cause of this large rise is strong south-westerly winds that drive the waters to the north and eastward. This above-average increase in sea level does not pose a threat to coastal dwellers, however, because since the end of the last Ice Age the land here has been rising by up to 1 cm a year as a result of post-glacial rebound.

The researchers have also created a comprehensive dataset for the North Sea region. The sea level here is rising by 2.6 mm per year, and by 3.2 mm in the German Bight. Local trends can be determined using the dataset and the user manual – both of which are freely accessible online.

“With the data, researchers can verify their climate models, for example, and public authorities can plan suitable protective measures,” says Dr Seitz.

ESA’s Jérôme Benveniste added, “The Baltic SEAL project has produced excellent results, demonstrating the value of Earth observation for society. This new way of processing satellite radar altimetry data is really going to help authorities to take appropriate measure to protect citizens and infrastructure from sea-level rise. We are also keenly awaiting the high-resolution data that will come from the new Copernicus Sentinel-6 mission, which also promises to map sea-surface height close to the coastline, which uses an additional new processing algorithm called Fully-Focused Synthetic Aperture Radar to drastically increase the retrieved resolution.”

The Baltic SEAL dataset is available at balticseal.eu