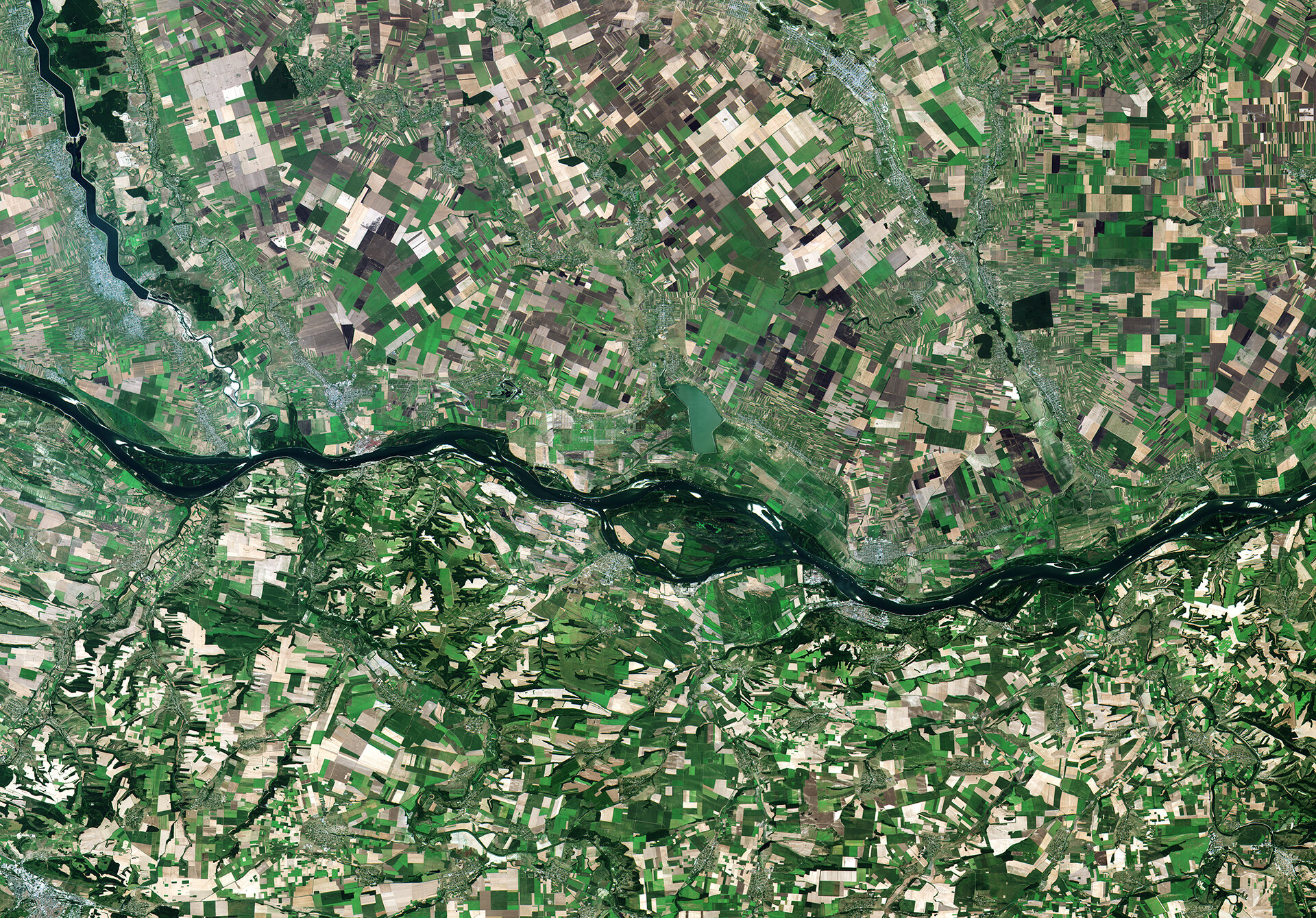 Low water levels in the Danube river have left ships to queue close to the town of Zimnicea in Romania.

The present heat wave torturing Europe means the level of the Danube has dropped and triggered traffic problems.

Thanks to the first two Sentinel satellites, a cluster of ships has been spotted near the riverbanks. This information is being used by the Romanian Lower Danube River Administration to monitor navigation at critical points such as those close to the town of Zimnicea.

“Some 120 ships are stuck on the Danube now, 100 of which are not equipped with an Automatic Identification System,” said Ion Nedelcu, Director For Environment and Security Projects at the Romanian Space Agency.

“The main goal was to identify the ships that do not carry it and this is where the Sentinel images have proven to be extremely useful.”

Sentinel-1A was the first satellite launched for Europe’s Copernicus programme in April 2014, carrying a radar that can see through clouds and in the dark. This is particularly useful for maritime surveillance and ship safety.

In addition, the radar regularly covers the whole of Europe with a swath width of 250 km, which allows such critical events to be captured.

The younger Sentinel-2A has been in orbit only since 23 June, with its multispectral camera supplying optical images of Earth’s land and water bodies.

“We are pleased that we were able to support the request from Romania in the middle of the satellite’s commissioning phase,” said Bianca Hoersch, ESA’s Sentinel-2 Mission Manager.

Over the coming days, they will continue to monitor the situation. Given the weather and without an immediate improvement on the water level, navigation could also be suspended in other Danube countries.