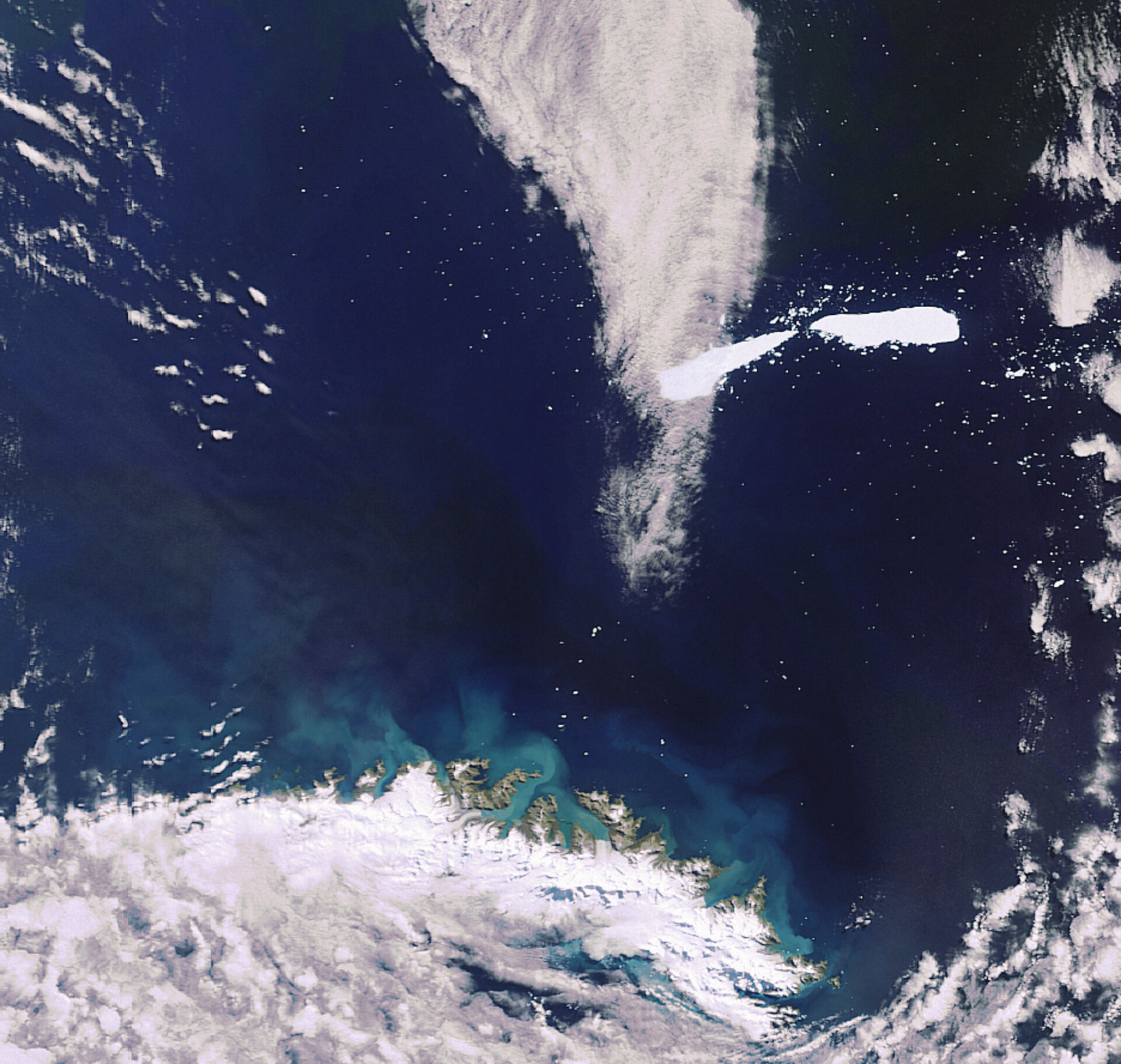 Envisat captures the break up of the massive A53A iceberg located just east of the South Georgia Island (visible at image bottom) in the southern Atlantic Ocean.

The radar image indicated the berg was unstable and likely to split. Just days afterwards on 4 March, Envisat's Medium Resolution Imaging Spectrometer (MERIS) sensor captured the break. Both bergs are estimated to measure around 30 km in length. As a reference, South Georgia Island is approximately 180-km long.

The break up of A53A, which calved off the Larsen Ice Shelf in late April 2005, occurred in relatively warm waters, making it highly likely that numerous smaller icebergs and ice islands will calve off the two icebergs.

Several different processes can cause an iceberg to form, or ‘calve’, including deterioration from high temperatures or the sun's radiation, action from winds and waves or a collision with another iceberg.

Since 2006, ESA has supported Polar View, a satellite remote-sensing programme funded through the Global Monitoring for Environment and Security (GMES) Service Element (GSE) that focuses on the Arctic and the Antarctic.

GMES responds to Europe’s needs for geo-spatial information services by bringing together the capacity of Europe to collect and manage data and information on the environment and civil security, for the benefit of European citizens.

ASAR is able to produce high-quality images of icebergs and ice sheets and is capable of differentiating between different types of ice because it is able to see through clouds and local darkness – conditions often found in polar areas.