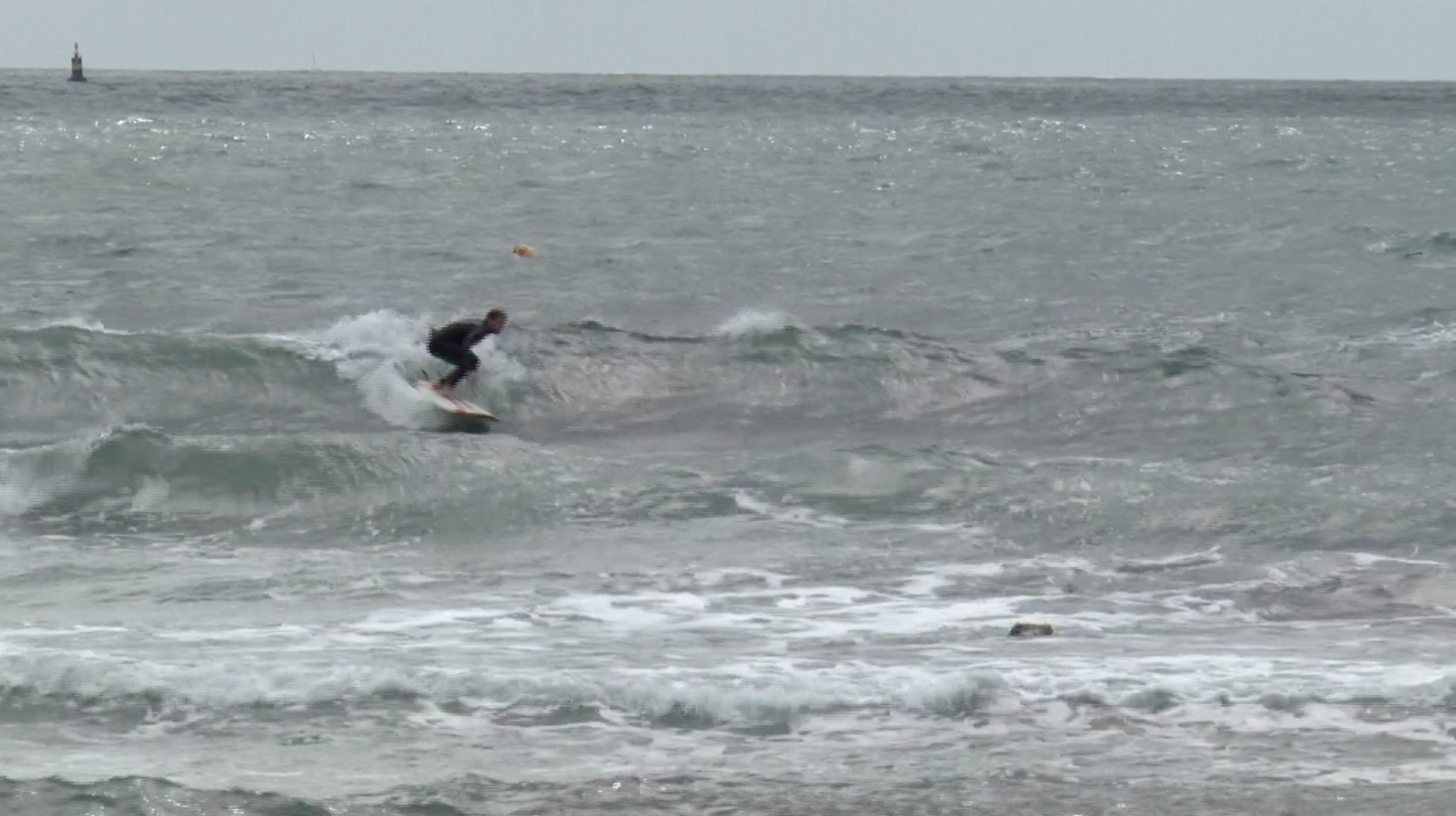 Thanks to a new system developed by scientists in the UK, taking to the waves for a spot of surfing can benefit research into the health of coastal waters, and could help confirm satellite measurements of sea-surface temperature.

The system, developed by Plymouth Marine Laboratory and partly funded through ESA’s Earth Observation Support to Science Element, allows surfers to measure the temperature of the sea every time they head for the surf.

Potentially, this could provide 40 million in situ measurements per year around the UK alone, yielding unique information about the coastline.

As well as being an important climate variable, sea-surface temperature is an important driver of ocean circulation.

Dr Bob Brewin, who led the research and is a keen surfer, said, “Sea-surface temperature controls the water density, which controls currents and therefore transports pollutants.

“It also affects biological productivity, which in turn affects the growth of all marine animals, from bacteria to fish.”

Measurements of these temperatures are routinely available from satellites.

In fact, one of the tasks of Europe’s upcoming Sentinel-3 mission is to determine global sea-surface temperatures to within 0.3ºC.

However, satellite data acquired from within 1 km from the coastline are known to be less reliable than measurements taken over the open ocean.

There is a need for good reference data to help improve on satellite measurements in the coastal zone.

The year-long study took place in Devon, a region renowned for good surf. It involved surfers each wearing a GPS instrument around their waist and fitting a temperature sensor to the leash, a cord that connects their ankle to the surfboard.

The surfers also benefited from the study. By tracking their locations with GPS, they could get an accurate count of how many waves they rode, how long they rode them for and their top speeds.

“They helped with 3D printing some of the equipment. Nowadays, children are incredibly good at using 3D printers and other computer-aided manufacturing tools to test their designs.”

The measurements collected by the surfers showed good agreement with data taken by a scientific station 10 km from the coast.

Moreover, the measurements improved on readings from the MetOp and NOAA polar-orbiting environmental satellites.

Surfers around the world could gather far more data and the researchers speculate that future versions of the instrument might be able to measure salinity or pollutants.

“We have also been testing sensors to measure water salinity,” added Bob Brewin. “Our next steps will be to expand the project with more sensors and more surfers.”

Jamie Shutler, a scientist from the University of Exeter who was also involved in the study said other water users could also be recruited in the future: “The approach is just as applicable to other pastimes like kayaking and sailing.”