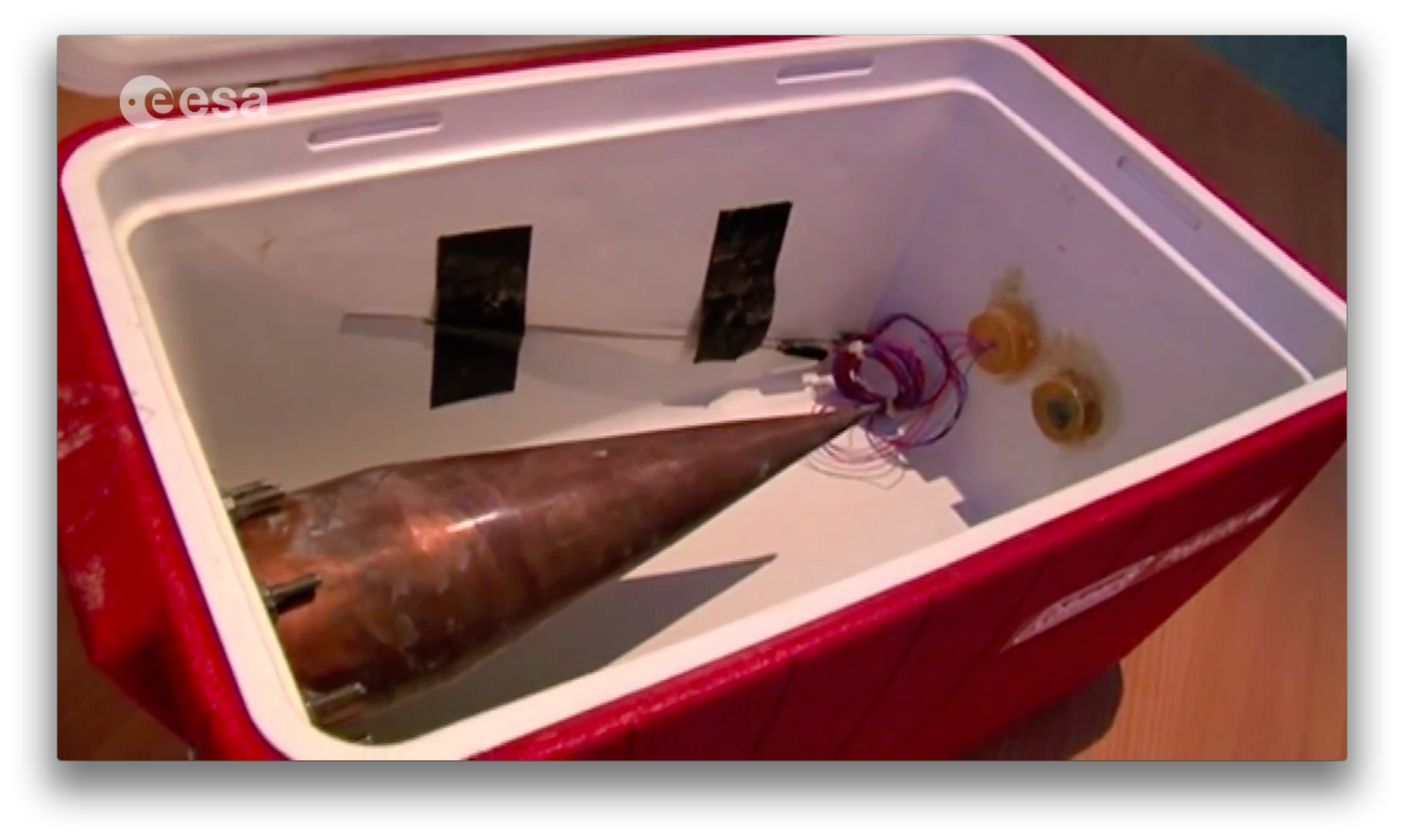 While engineers have almost finished building the first Sentinel-3 satellite for ocean forecasting and marine safety, a beer cooler has an unusual role in supporting the long-term record of sea-surface temperatures.

Measuring the surface temperatures of our planet’s seas is important for understanding how the oceans exchange heat, gases and energy with the atmosphere. Long-term, accurate measurements that are stable over time are fundamental for climate-change research.

However, since ESA’s Envisat satellite was lost in 2012 – after more than doubling its planned working life – there has not been a ‘dual-view radiometer’ in orbit that collects these important measurements.

Sentinel-3 is one of the six families of missions that ESA is developing for the environmental monitoring Copernicus programme. It focuses on delivering a wealth of data for applications related to oceans and coastal zones.

This new mission was highlighted yesterday at the Space for Ocean Monitoring event at Thales Alenia Space in Cannes, France, where officials from ESA, the French space agency CNES, Eumetsat and the European Commission along with scientists and data users discussed the evolving needs of satellite measurements for operational oceanography, noting that Sentinel-3 is Europe’s most important upcoming mission for observing the oceans.

Its suite of instruments includes a state-of-the-art thermal-infrared radiometer that measures changes in sea- and land-surface temperature from two different angles.

These measurements are extremely accurate for use in meteorological models, which in turn are fed into weather forecasts, as well being used for climate research.

The mission is based on a constellation of two identical satellites, the first of which is slated for launch in the middle of next year.

In preparation for the mission and as part of their contribution to the Group for High Resolution Sea Surface Temperature, the University of Southampton and Rutherford Appleton Laboratory in the UK are coordinating an international fleet of shipborne radiometers to confirm the measurements made from space.

The radiometers are installed on ships operating from the UK, Australia, Japan, USA, Denmark, China and France. The mix of transocean crossings, round-the-world cruises and international ferries offer an ideal combination of hot- and cold-water measurements and atmospheric conditions for validating satellite data.

Taking these ground-truth measurements to check that the satellite and the ship data are accurate and compliant with international metrology standards is not only important, but also challenging.

Arguably the most important beer cooler in the world is now playing a critical role by confirming the accuracy of the shipborne radiometers.

As Hugh Mortimer from the Rutherford Appleton Laboratory explains in the video featured above, the beer cooler houses reference blackbodies for the instrument that measures sea-surface temperatures from the largest ocean liner in the world.

This particular radiometer has the most luxurious deployment – positioned high on the starboard bridge wing of the Queen Mary 2, giving a perfect view of the water below.

Werenfrid Wimmer from the University of Southampton added, “By using the beer cooler blackbodies, ESA can be confident that all shipborne radiometer data are of the highest possible standard and traceable to international standards.”

“Over the last 10 years they have been used to maintain metrology standards for sea-surface temperature measurements from space through careful ‘Systeme International’ inter-comparison experiments, allowing us to use our radiometers with confidence.

Of course after long days in the laboratory, they have the bonus that they can also be used to keep our beer cool!”

A Sentinel-3 Validation Team meeting will be held on 3–4 December in Germany to discuss these and other results.