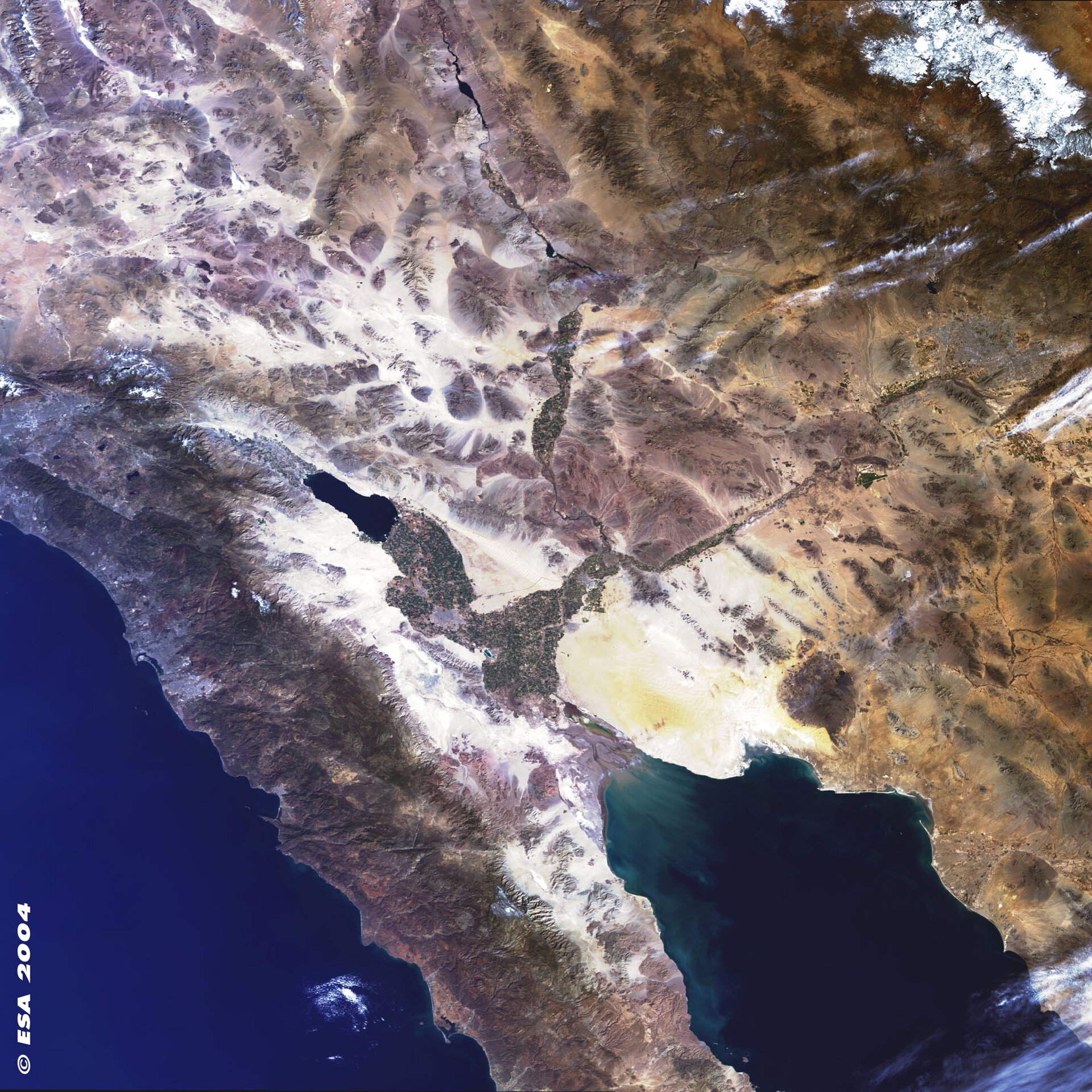 This Medium Resolution Imaging Spectrometer (MERIS) image was acquired on 8 February 2004 over the northwest of Mexico. The Gulf of California, an arm of the Pacific Ocean, is shown in the bottom right part of the image separating the Peninsula of Baja California from the mainland of Mexico. At its upper end it is the Delta of the Colorado River where the river empties into the Pacific Ocean discharging large amounts of sediment, which gives the river its characteristic reddish colour. West of the centre in the image is the Salton Sea, formed in the early 1900s when the Colorado River broke through an embankment and overflowed into the desert for almost 2 years. Visible landmarks are the Sonoran Desert, the largest desert in North America, in the bottom right part of the image and the Colorado Desert in the top left part of the image.