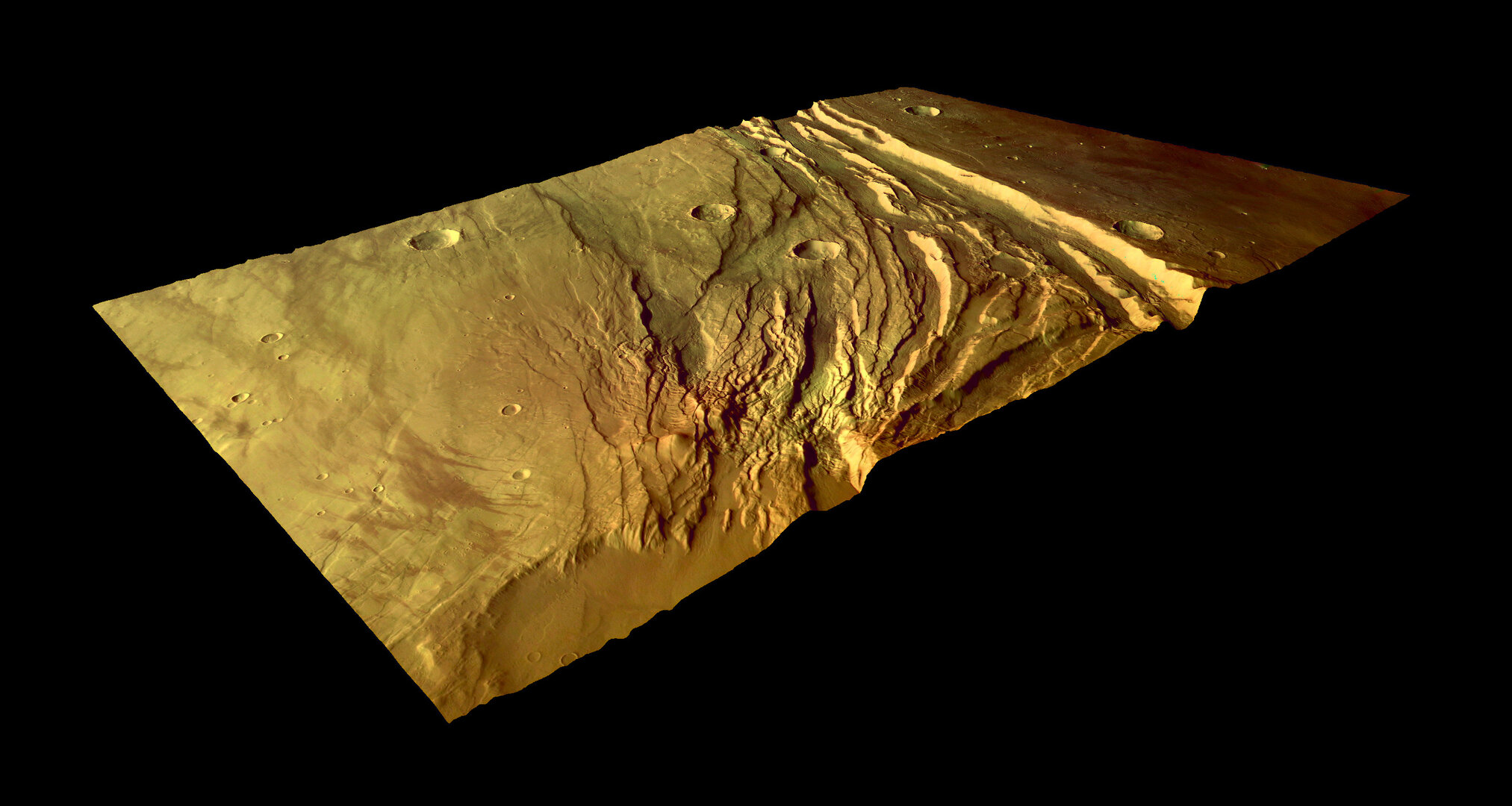 These images were taken by the High Resolution Stereo Camera (HRSC) on board ESA’s Mars Express are of the Acheron Fossae region, an area of intensive tectonic (continental ‘plate’) activity in the past.

This perspective view of images 1-3 shows the same region including some adjacent areas to the south without vertical exaggeration. This is dominated by the curved faults, showing a highly fractured and deformed area in the central part of the Acheron Fossae.

In geological terms, this is called a ‘horst and graben’ system. When several parallel faults form, the block of crust between them drops down, forming a ‘graben’. At Acheron, an almost classical example of parallel fault-bounded grabens has formed, dissected by remnants of the pre-existing topographical heights, the ‘horsts’.