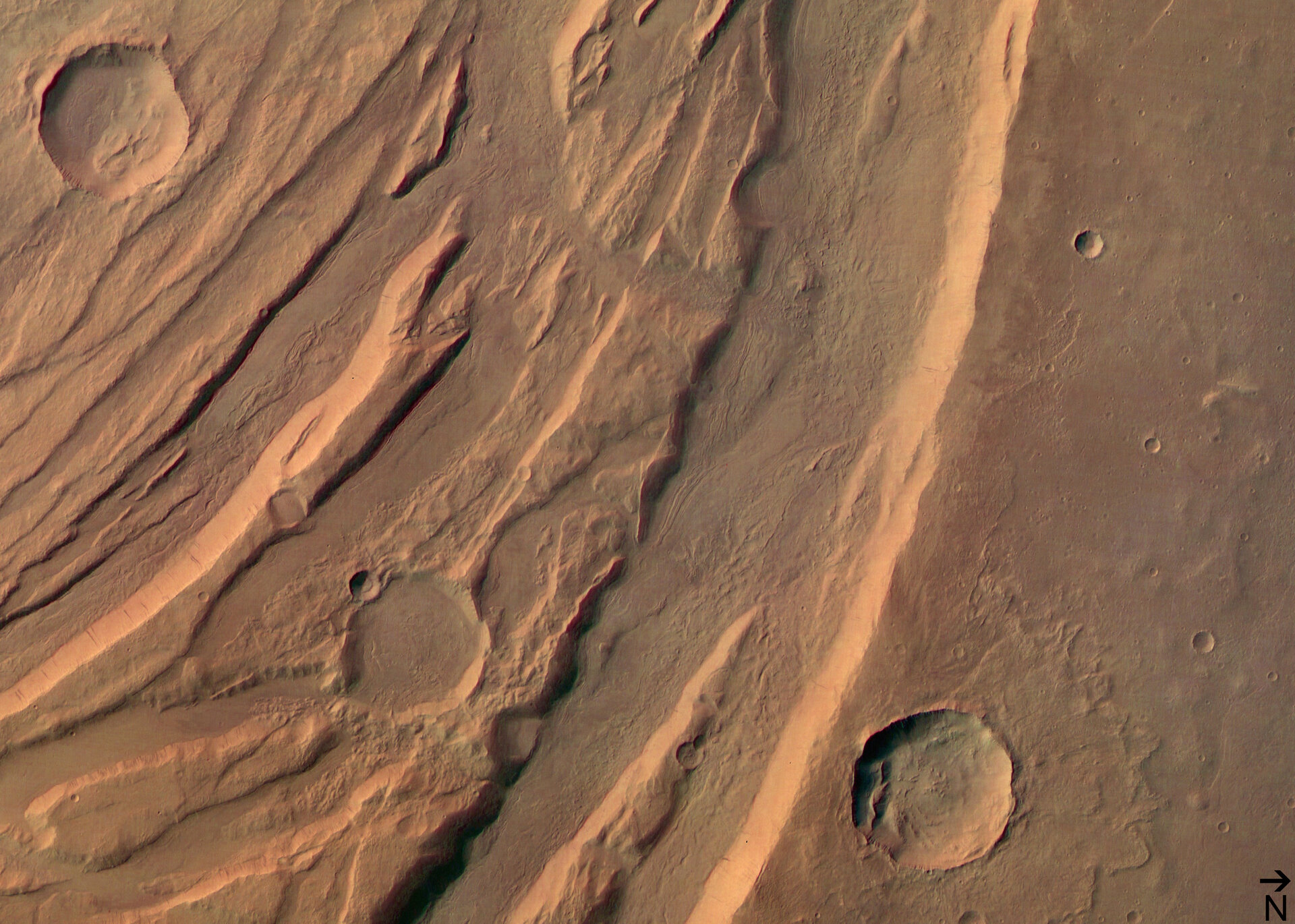 This is the first of a set of 6 images taken by the High Resolution Stereo Camera (HRSC) on board ESA’s Mars Express of the Acheron Fossae region, an area of intensive tectonic (continental ‘plate’) activity in the past.