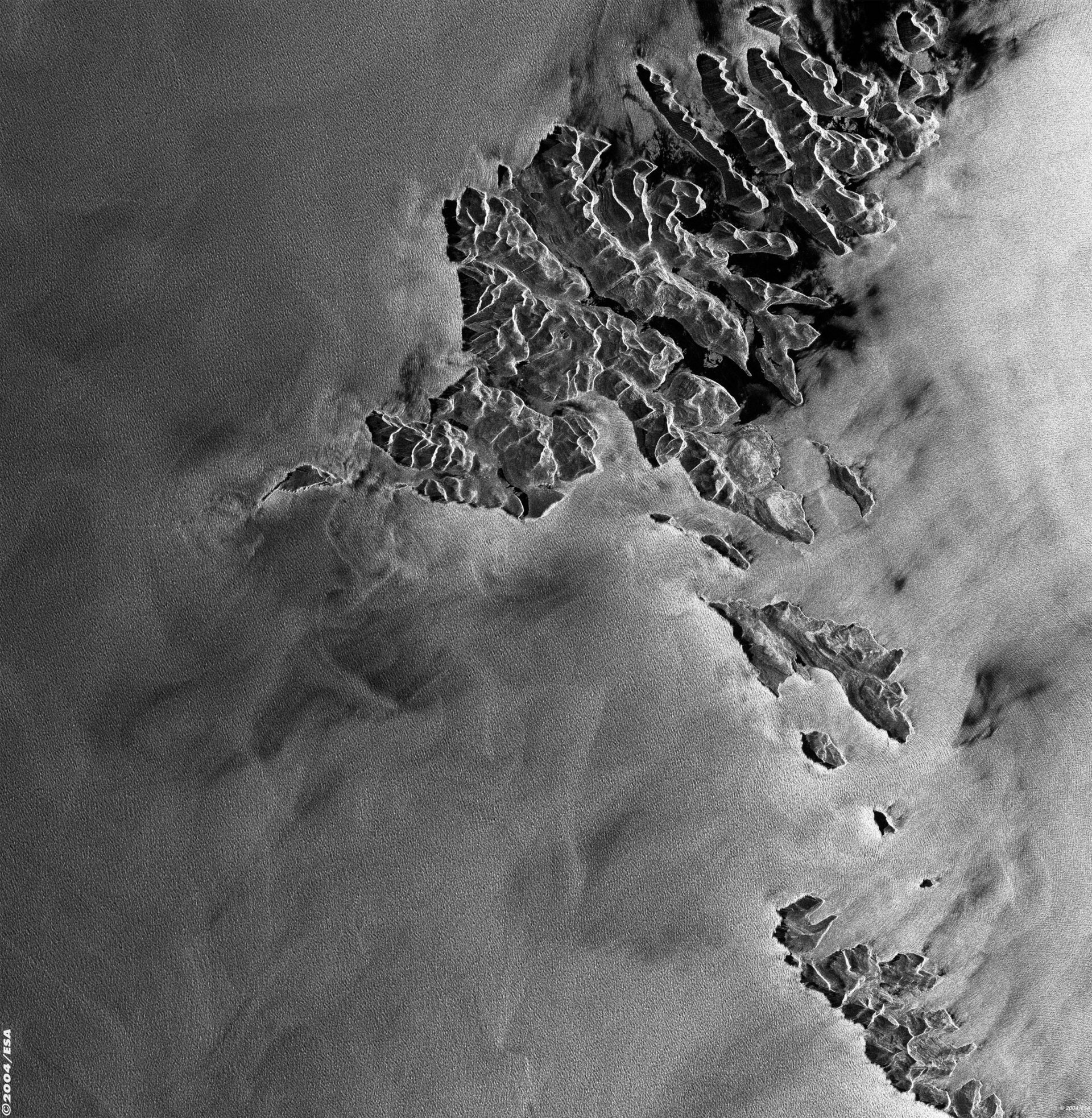 This Advanced Synthetic Aperture Radar (ASAR) shows the larger of the 18 islands that make up the Danish, Faeroe Islands. The Faeroe Islands exercise local autonomy, though foreign affairs remain under the control of Denmark and the islands send two representatives to the Danish Parliament.

The capital and principal harbour of the islands is Tòrshavn on the southeastern coast of Streymoy Island, the large island centre north in the image. Eysturoy (to the north), Sudhuroy (at the bottom of the image), Vàgar and Bordhoy (at the top of the image) are the most important of the islands of which 17 are inhabited.

The topography of the islands are characterised by high escarpments, showing bright in the image when they face the sensor and dark when they are in the sensor's shadow, plateaus and deep chasms.