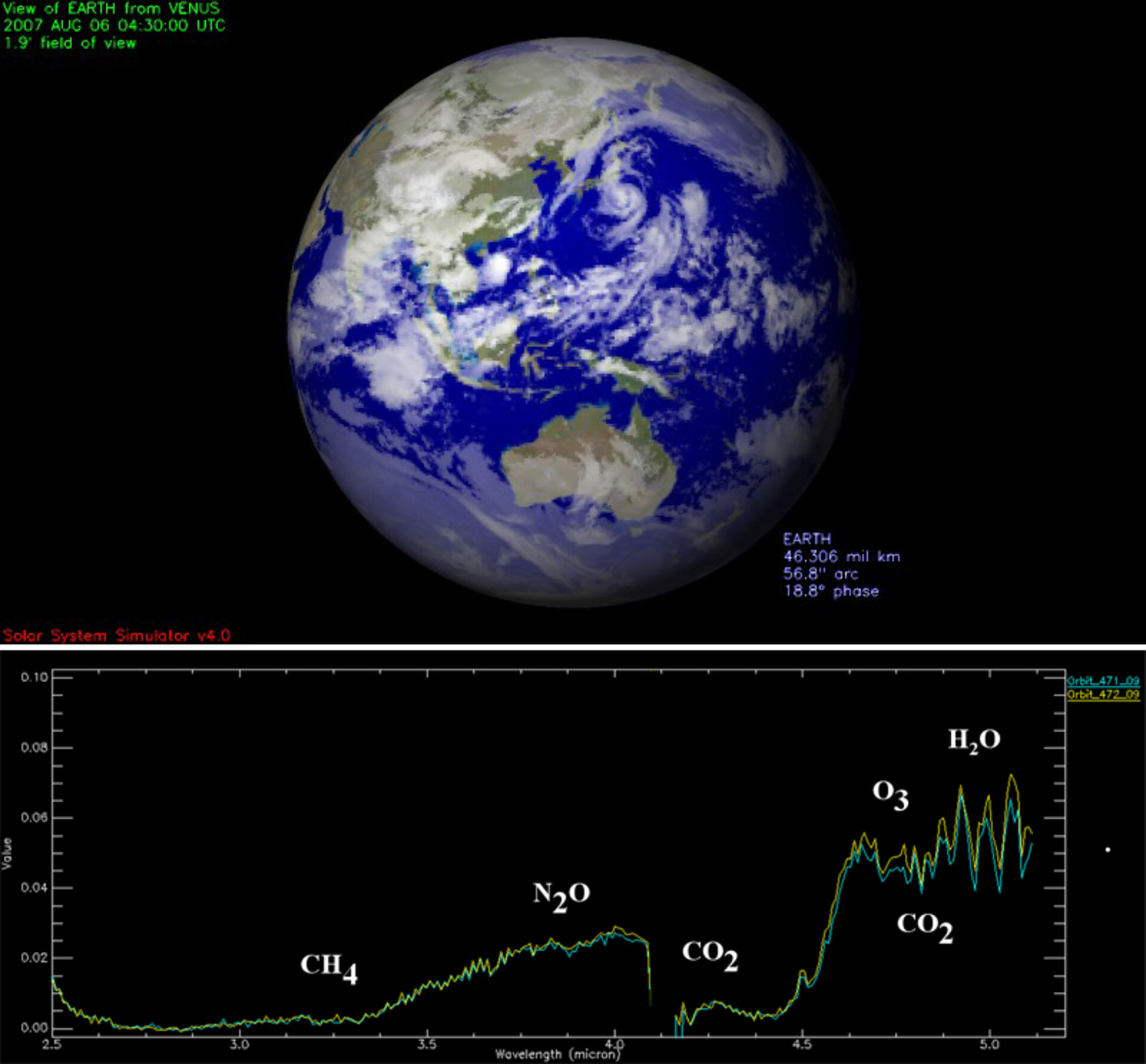 This image composite shows the signatures of methane (CH4), carbon dioxide (CO2), ozone (O3) and nitrous oxide (N2O), minor species of the Earth’s atmosphere but powerful greenhouse gases, detected by the Visual and Infrared Thermal Imaging Spectrometer (VIRTIS) on board ESA’s Venus Express at infrared wavelengths, while the spacecraft was pointing Earth along its orbit around Venus. Our planet was just a pixel in VIRTIS’s field of view.

The spectral signatures of these molecules, or chemical fingerprints, are shown for two observing sessions and are plotted by the two curves displayed in two different colours. During the observations Earth was showing to Venus Express the ‘face’ simulated in the image at the top. The light detected by VIRTIS is the thermal emission from the Earth’s surface and, partially, the atmosphere.

These observations are relevant as they proof that a distant planet such as an extra-solar planet can reveal to an instrument like VIRTIS the signatures of chemical compounds composing the atmosphere and surface.