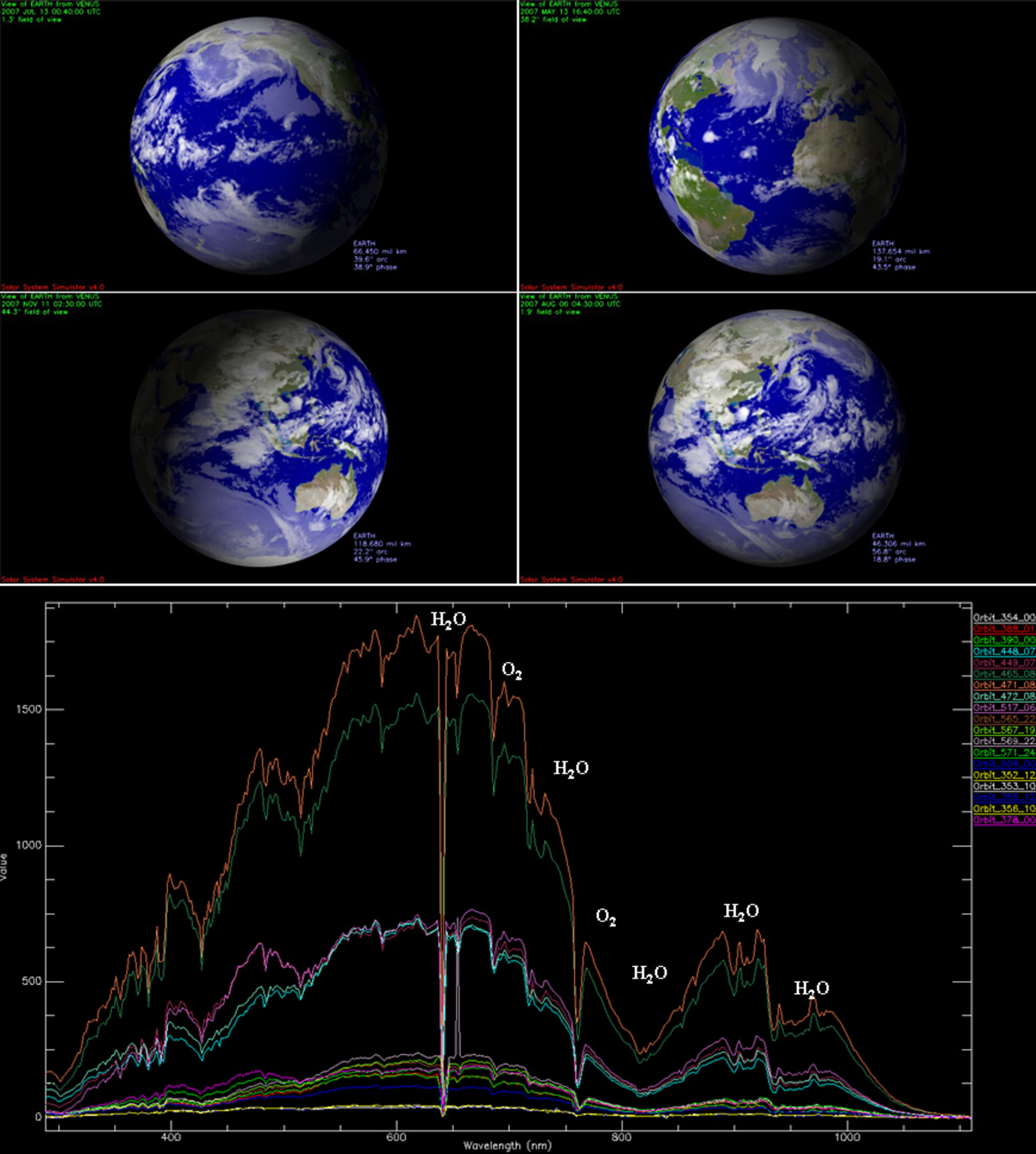 Earth’s oxygen and water as detected by Venus Express

This image composite shows the signatures of water (H2O) and oxygen (O2) detected by the Visual and Infrared Thermal Imaging Spectrometer (VIRTIS) on board ESA’s Venus Express at visible and near-infrared wavelengths, while the spacecraft was pointing Earth along its orbit around Venus. Our planet was just a pixel in VIRTIS’s field of view.

The spectral signatures of these molecules, or chemical fingerprints, are shown for several observing sessions and are plotted by curves displayed in different colours. Each curve correspond to the Earth showing a different face to Venus Express (see the simulated Earth images at the top), and at different distances. The light detected by VIRTIS was mainly reflected by clouds.

These observations are relevant as they proof that a distant planet such as an extra-solar planet can reveal to an instrument like VIRTIS the signatures of chemical compounds that may be preliminary signs of a possible planet’s habitability. Within this wavelength range, molecules such as chlorophyll can also be detected.

In addition, repeated spectral observations, and the fact that the results vary, can provide fundamental clues about the presence of a weather system on the planet (such as clouds moving in the sky), of glaciers and oceans located on different regions, and also give information about the rotation of the planet around its parent star.