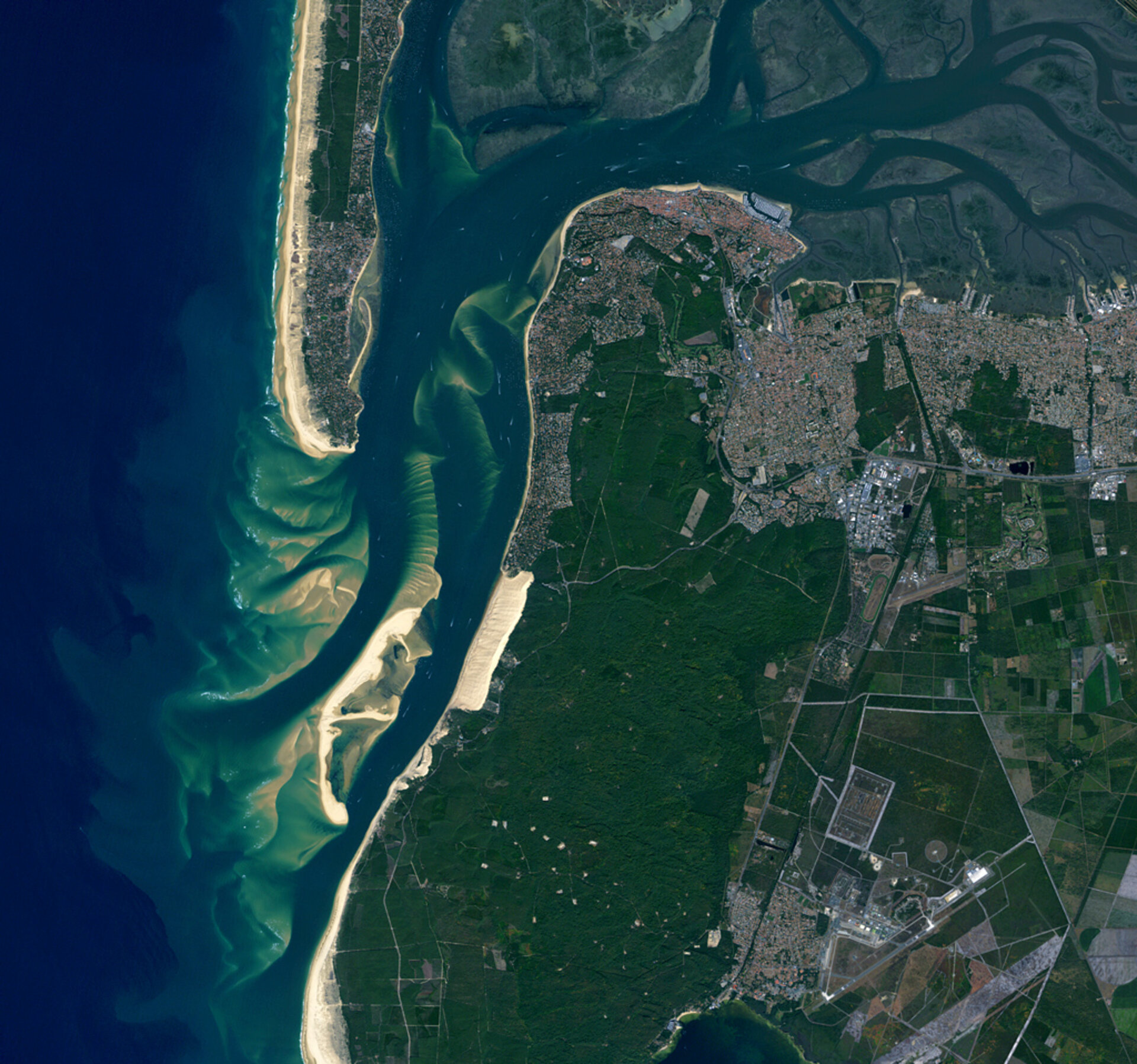 The Arcachon Bay in France’s southwest Aquitaine region is pictured in this image acquired on on 8 September 2009 by Japan’s ALOS observation satellite. At the centre of the image, we can see the large Dune of Pyla as an elongated light-brown rectangle. This large, sandy dune is about 2.7 km long, 500 m wide and about 110 m tall. In the upper right portion of the image is Arcachon Bay, home to oyster beds and farms.

ALOS was supported as a Third Party Mission, which means that ESA used its multi-mission ground systems to acquire, process, distribute and archive data from the satellite to its user community. In April 2011 the satellite abruptly lost power while mapping Japan’s tsunami-hit coastline.